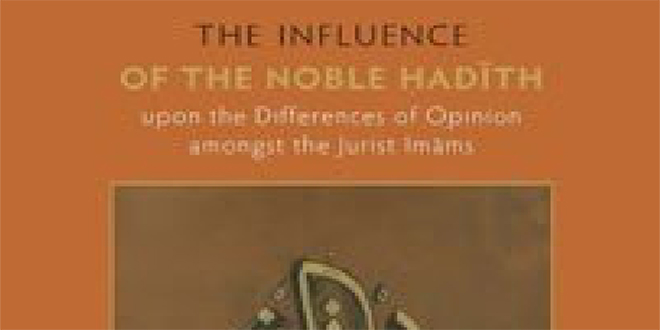 A series of articles based on the critique of Shaikh Irshad ul-Haq al-Athari of the aforementioned book, which has been published in English.

We intend to present our criticism of some of the discussions in the aforementioned article and the actual book in the proceeding lines.

We have already mentioned the issues the respected jurists differed over, most of these issues and a large part of them were issues the companions and successors also differed over in their respective eras. What were the reasons for their differences? Shaikh ul-Islam Ibn Taymiyyah and other respected authors have discussed this in detail and have clarified and removed the doubts with regards to these issues.

However, in current times Shaikh Muhammad Awwamah, in order to preserve his ideological thoughts, when he wrote concerning this matter, instead of giving the Imams of ijtihad the benefit of the doubt, we find the contrary, where he has bad thoughts about them. From the reasons he mentions for their differing, in reality they have no concern or connection with the differing of the Salaf.

This is often the case with the muqallidin, that their practice is that when objections are raised concerning their respective Imams, in order to preserve their ideologue and mindset, they become spiteful and in doing so, dishonor and defame other scholars of independent reasoning. Some of them have gone to the extent of declaring other Imams of being ignorant and lacking knowledge, nonetheless, this is not discussion at hand.

Shaikh Muhammad Awwamah cites as to why the Salaf differed, he says,

“In the authentication and weakening of Khabar al-Wahid and whether it was acceptable to deduce from them, the scholars of Imams of the mujtahidin differed and this is one of the main reasons they differed. According to the majority of the scholars the conditions for the authenticity of a hadith are five, (1) A continuous chain (2) Integrity of the narrator in him being upright (3) precision of the narrator with regards to his memory and recall (4) The text and chain are free from variant oddness (5) The chain is free of any hidden defect.

There is a lot of disagreement on the issue of the chain being continuous and connected. According to Imam Bukhari, for a chain to be continuous there must be at least one meeting between the narrator and his teacher. Whereas Imam Muslim in his introduction claimed consensus, that meeting is not a condition and therefore only considered the mere possibility of a meeting between them to be acceptable. Therefore, on the basis of this difference, narrations which Imam Muslim grades to be Sahih on the basis of a possible meeting of two narrators is excluded from the grading of Sahih.” (Athar al-Hadith p.20-21, Bayyinat p.26-27)

Dear fair and just readers, please tell us what does this condition, pertaining to the grading of a hadith from the perspective of a continuous chain have to do with the difference between the companions and the successors and four Imams? These differences between Imam Bukhari and Imam Muslim and their respective juristic differences have been cited by the jurists, the early scholars of hadith in various books. In this regard, everyone when they need to, require and request the principle of Imam Bukhari in the chain to be continuous and linked.

However, this difference in principle has no connection or correlation whatsoever with the differences between the Salaf. As for the bold reckless attempt to show this as the reason why the four Imams differed, is nothing but a feeble attempt in pulling the wool over the eyes of the average person.