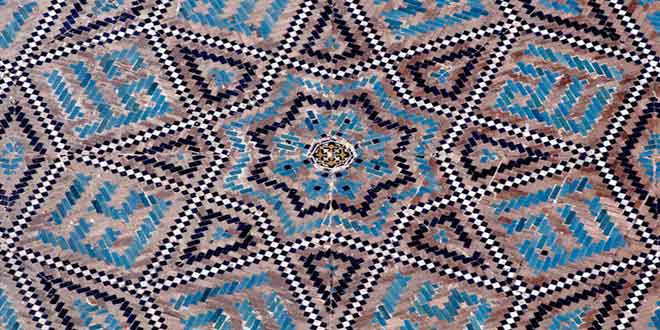 Answering Gibril Fouad Haddad, His book ‘Al-Albani and his Friends’ And The Barelvi Sufis – Part 5 – The Fadl al-Rasul al-Badayuni Affair

What follows, is a series of articles in response the work of the rabid soofee G F Haddad titled ‘Albani and his friends’ similarly this series is also part of the ongoing and continuous series of Answeing the Rabid Soofee’s series, Inshallaah. We have and will named our series in this regard to be titled ‘The Hanafiyyah and their muqallids” Haddad the rabid soofee quotes from one Fadl al-Rasul al-Badayuni in ‘Albani and his Friends pg.51-55)

However as mentioned in part 4, al Badayuni said,

So this is the one who Haddad saw fit to quote from, in order to rebuke Imaam Muhammad Ismaa’eel Shaheed, this Badayuni the one who promoted and allowed idol worship. We seek refuge in Allaah from the disease of Shirk

“He was a trouble maker, bigoted, a debater, a strong exposer of the Sunnah and a caller to innovations, an enemy of the people of the Haqq and a friend of worldly affairs. He worked for the british government and used to receive money (ie on the payroll) from the leaders of rural states and in addition to this his writings (books, and treatises and articles) would be printed by the British government from their presses.” (Nazhatul-Khawaatir 7/377-378, Akmal at-Taareekh, this is the biography of Fadl ar-Rasul al-Badayuni authored by Munshee Muhammad Ya’qoob Hussain Badayuni and refer also to Tadhkirrah Ulama Hindh pg.381 printed from Karachee)

As mentioned above, the biographer of Maulana Fadl al-Rasul al- Badayuni, Munshee Muhammad Ya’qoob Hussain Dhiyaa al-Qaadiree Badayuni (a soofee) also mentioned that he used to work for the British government and was on their payroll and receive money from the leaders of rural states and provinces. (see his Akmal at-Taareekh 2/372, 380, 512 printed in 1331H)

He would also receive money from the leaders of Hydraabaad and they would look after him, give him sittings in their gatherings and the rest of the affair and they would help him financially. (Fuqaaha Of Paak and Hind 3/133-134.)

He was very bigoted and staunch, reaching the realms of extremism and in this he refuted and rebuked Mujaddid Alf Thaanee and Shaah Waleeullaah Dehlawee and in their affair he would go beyond bounds. (Fuqaaha Of Paak and Hind 3/134.)

Haddad says on the other hand shows some respect and reverence for Shaah Waleeullaah Dehlawee and Mujaddid Alf Thaanee yet al Badayuni did not even spare them, so what hope could have been expected when it came to Imaam Muhammad Ismaa’eel Shaheed.

Fadl al-Rasul al-Badayuni worked for the british government, first he was a muftee for them and then moved to being a clerical worker, he also worked for Raajah Nawaab Singh. Later when his home town of Badayun fell out of the hands of the Britsh government during the war of independence in 1857ce, he helped the british, saving their wealth and lives just to maintain their control. (Fuqaaha Of Paak and Hind 3/134)

“When the control of british government finished in Badayun there was chaos everywhere but Moulwee Fadl Rasul Badyuni restored some order (for the british) and tried to save the lives of the people (And whose lives he tried to save is clarified further).

“And because the Holy scholar and Soofee Moulwee Fadl al-Rasul had organised things very well, there were no major incidences. He by risking his life from the hooligans and mob and attempted to save the people and the people were the soldiers of the british government and he tried fully to restore peace and order.” (The War of Indepedence 1857ce, Events and Personalities pg.140)

Another british government worker Bihaaree Laal the deputy inspector of Badayun also said the same about Moulwee Badayuni and his affair and connection with the british government. (The War of Independence 1857ce, Events and Personalities pg.140-141, The Freedom Struggle 5/318)

The bareilwee historian Ayoob Qaadiree also mentions that some of the followers, close associates like the biographer of Moulwee Fadl al-Rasul Badayuni attempted to brush this aside and hide the reality of this affair but the reality is apparent and well known to those who consult the books of the history of India. (The War of Indepedence 1857ce, Events and Personalities pg.141).

In addition to this, for his work and his support of the british government he was rewarded substantially and the British Commissioner of Muradabaad gave him a piece of land for this feat. (Fuqaaha Of Paak and Hind 3/136) refer also Tadhkirrah Ulama Hindh pg.380-383, Qamoos al-Mashaheer 2/127 and Nazahatul-Khawaatir 7/377-378)

Haddad on pg.55 of ‘Albani and his friends’ mentions 2 books of Badayuni but none of these were a direct refutation of Imaam Muhammad Ismaa’eel.

In addition to this Shaikh Haider Alee Taunkee (d.1272H) authored his monumental ‘Siyaanatul an-Naas Ann Waswasatul-Khannaas’ in refutation of Badayuni’s allegations, which he raised in his books and much more, so this is the affair of al-Badayuni