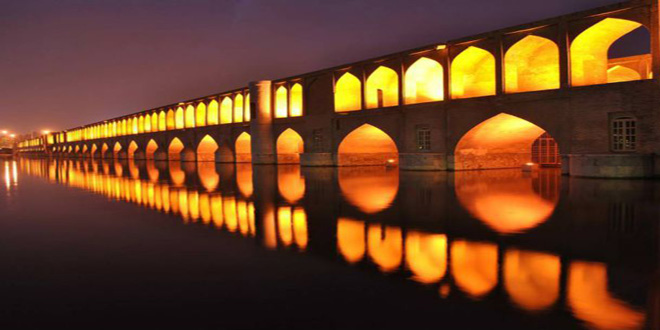 The Reprehension On Using Innovative Names like Super Salafis

In recent times people have and are commonly using innovative terms like Super Salafis in order to abuse and belittle Ahlus Sunnah Wal Jama’ah. The usage of this term ‘Super Salafi’ has a questionable intent which does not extend beyond hatred and animosity for the way of the Salaf in its entirety. In recent times such words have developed from those quarters who dislike issues of Manhaj and most of the time get hot under the collar when names or personalities are mentioned.

Our aim here is not to look at the cause of such name calling but the implication of such innovative terms and how they resemble and fit the methodology of the people of innovation. Such quarters in order to denote their lack of understanding and sheer ignorance of issues of manhaj aptly label those who profess a proficient understanding as super Salafis thereby presenting themselves as normal Salafis and by default the super Salafis as those being extremists or isolated in their understanding.

Whereas in reality we find it is the total opposite, such individuals deny the permissibility, get hot under the collar and turn dark red at the earliest mention of the word Salafi and quickly utter their dislike for the word Salafi whilst concocting all sorts of excuses and rhetorical points. Such quarters in reality are unaware of issues of manhaj and question the way of the Salaf. Therefore know, that those who use the word super Salafi have a grave misunderstanding of manhaj and have a hidden agenda against the creed and manhaj of the Salaf us-Saaleh.

It is also very important to note here that those who adhere to the manhaj and the way of the Salaf have been foretold of people trying to harm them. So with regards to the point under discussion being called names is an element of being harmed or abused. In addition, it should be noted this name calling such, as the example we have highlighted is nothing new, such name calling and hurling abuse at Ahlus Sunnah, the Ahlul Hadeeth and the Salafis has existed from the times before and Alhamdulillah it never harmed us then let alone even harm us now InshaAllaah.

“The sign of Ahlul Bida’h ie the people of innovation is to find faults in Ahlul Athar and the sign of the Zanaadiqah (heretical apostates) is that they label Ahlus Sunnah hashwiyyah.” (Ie those who like Allaahs attribute to the creation). Imaam Saboonee has mentioned something similar in Aqeedatus Salaf Wa Ashaabul Hadeeth as well as Imaam Abdur Rahmaan Ibn Abee Haatim in is Asal as-Sunnah from his father.

“There is no innovator it (this) world except that he detests the Ahlu’l-Hadith (the People of Hadith). So when a man innovates (into the religion) the sweetness of the Hadith is removed from his heart.” (Sharf Ashaabul Hadeeth (pg.73) of Imaam Khateeb al-Baghdaadee and Imaam Dhahabee in his  2 books Tadhkiratul-Huffaadh (2:521) and in his as-Siyar A’laam an-Nabula (12:245)

So the people of innovation, Ilhaad and the Zanaadiqah have always labelled Ahlus Sunnah with various innovative names based on their dislike of their Aqeedah and manhaj over the centuries. Hanafee deobandees and bareilwees have throughout their colonial history hurled abuse at Ahlus Sunnah starting at the companions of the Messenger of Allaah (Sallalahu Alayhee Wasallam) down to Imaam Ibn Taymiyyah, Imaam Ibn Qayyim, Imaam Ibn Hazm and Imaam Shawkaanee. One deobandee went onto say they were all dogs. (Refer to Hasan Sunbhalees notes to Nadham al-Faraa’id Sharh Aqaa’id an-Nasafiyyah (pg.102) on Asharee and Matureedee creed.

The staunch bigoted madhabees in the last 3 centuries labelled Ahlus Sunnah at the pretence of the British as Wahhabis. The British empire especially the British Raj spread the usage of this term throughout their empire which they established through terrorist activities which even involved genocide. The innovators in the subcontinent used this term the most and even authored numerous books against the Aqeedah of Ahlus Sunnah.

They authored numerous books and pamphlets riddled with hatred for Ahlul Hadeeth and Ahlus Sunnah, they instructed all of their fellow madhabees to ban all Ahlul Hadeeth from praying in their mosques, issued all kinds of religious edicts in hatred for Ahlus Sunnah. They went beyond talking and were involved in physically harming the people of the Sunnah. They even went to the extent of destroying and burning the Masaajid of the Ahlul Hadeeth and their have even been recent cases in the last few years.

The misguided Soofee Asharee and Matureedees have also shown their level of participation and have said things that are beyond imagination. Here we are referring to the Majnoon Abu Haneefah ie the one mad about Abu Haneefah namely Zahid al-Kawtharee, who did not stop is vilification to any Imaam except that he cursed and abused them, calling Ahlus Sunnah as Mushriks. (Refer to his Maqalaat al-Kawtharee and Taneeb). Mr Sa’eed Ramadhaan al-Bootee went to author 2 books in his animosity for Ahlus Sunnah and called them La madhabiyeen and making his hatred for the Salafis and the Salaf us-Saaleh manifest.

In the subcontinent the emerging hanafees and madhabees propounded the concept that the Salafis and Ahlul Hadeeth were Ghair Muqallideen and so were out of the fold of Ahlus Sunnah. Therefore now you will find the term Wahhabi and Ghair Muqallideen being frequently used in the context of abuse towards the Salafis.

In the last decade such quarters based on their innovative principles coined numerous illegitimate terms and mocking the way of Ahlus Sunnah. For example labelling the Salafis as madhkhalees or the madhaakhilah and other such innovative terms. Paving the way for tamyee and brushing away the intricate issues of manhaj which the Salaf would adjoin to issues of great importance like Aqeedah and the Sunnah.

“The madhab of the Salaf is the way upon which the companions, the taabieen, the Taba taabieen and the Imaams of the deen were upon, who have a high status and their positions are well established amongst the Ummah, their statements and actions are accepted amongst the people….” (Lawaam’e al-Anwaar (1:20), also refer to al-Aqaa’id as-Salafiyyah Bi Adillati al-Aqliyyah Wan-Naqliyyah (pg.11) and Qawaa’id al-Manhaj as-Salafee (pg.253).

So those who use this misguided and innovative term super Salafis, directly disparage the Salaf. The Salafis do not go beyond or fall short in following the Salaf in their Aqeedah, Sunnah and manhaj, in fact the scholars of Ahlus Sunnah have very rarely made distinctions between these terms and have freely interchanged their usage.

It is further treacherous by these Neo madhabees and Qutubis to even use the word super Salafi. We know by default that we are not allowed nor is it permissible for us to go beyond the way of the Salaf like the mutakallimeen mu’tazilah, Soofiyyah Ashaa’irah and Matureediyyah did. So in essence these khurafee misguided quarters using such terms shows us for sure, their animosity and hatred for the way of the Salaf and their Manhaj. Hence they deceptive disguise calling us super salafis because they know there is no way they can openly and freely align themselves to the way of the Salaf and their manhaj and yet have some animosity for this way.

Imaam Ibn Taymiyyah said their is no harm on the one to manifests his adherence to the madhab of the Salaf. (Majmoo’a al-Fatawaa (4:149) and he refers to those who manifest the Aqeedah of Allaah rising over his Throne as Salafis (Bayaan Talbees Jahmiyyah (1:122). At such times you will only find the people of innovation attacking the Aqeedah of the Salafis nor the usage of terms such as super Salafis as even the people of innovation in those times did not go down that route as they knew what it meant.

The fact of the matters is, the very same people and they come from various quarters and Allaah knows best, like the neo madhabees, Qutubis, modern day Khawaarij, takfiris and those who sympathise and push the ideology of ‘institutes’ and ‘academies’ have a great hatred and manifest dislike in using the term Salafi and this is apparent when you talk to them. It is nothing new to near them say, who used the word Salafi first, or the word Salafi has only been used in the last 50 years or so etc. This is not the time to address the usage or the permissibility of using the term Salafi but it is important to realise the very same people use innovative terms like super Salafis or even talafis in their hatred for the manhaj of the Salaf.

The great scholars of Ahlus Sunnah have used the word Salafi and Salafiyyah abundantly in their books but the people of desires and innovation intend to remain ignorant.

As did the great Alim and Allaamah Imaam Abdul Azeez Ibn Abdullaah Ibn Baaz in his monumental refutation of the Asharee Matureedee Tafseer of Muhammad Alee Saboonee in his erroneous explanations of the attributes of Allaah, titled, ‘Tanbeehaat Haamah Ala Ma’a Katabuhu Muhammad Alee as-Saboonee Fee Sifaat Allaah Azzuwajal’ (refer to pg.34-35)

The reality is, these people due to their ignorance of the sacred manhaj and lack of knowledge curse and abuse the Salafis by calling them super Salafis and we have also mentioned most of these people emanate from quarters who hate the word Salafi in any sense. It is imperative to refer to the books of the scholars to learn these points of manhaj and refrain from treading the path of Ahlul Bidah and calling Ahlus Sunnah names.

And Allaahs Aid and assistance is sought.