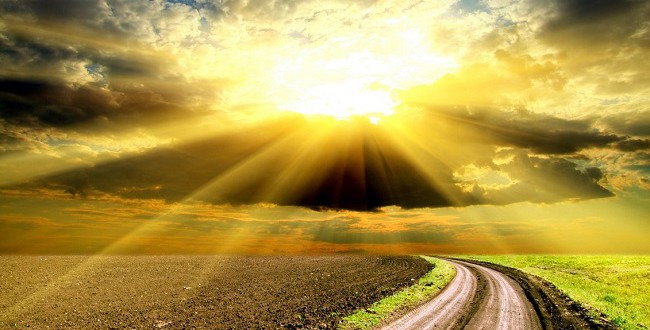 *(Translator’s note: This article discusses the precise meaning of the word “fi” in Arabic as it applies to a particular ayah and hadith. Normally, the word “fi” is translated as “in” or “inside”. However, this translation is inaccurate when applied to those specific texts. For that reason, I have chosen to leave the word “fi” and some other words in transliterated form (fi as-samaa) while the rest of the text is translated into English.)*

The Hadith of the slave girl:

Mu’awiyah as-Sahmi reported: «I had some sheep which I kept between Uhud and Juwaniyyah with a slave girl to look after them. One day, I went out to check on my sheep and discovered that a wolf had devoured one of them. Since I am just a human, (I became angry) and struck the girl. Later on, I came to the Prophet -Sallallahu alahi wa Sallam- and reported to him the incident. He terrified me with the gravity of my action. I said, “Messenger of Allah! Shall I free her (as an expiation of my sin.) He said ”Call her over.“

Then he asked her, ”Who am I ?“ She said, “The Messenger of Allah -Sallallahu alahi wa Sallam-“.

Thereupon, the Messenger of Allah -Sallallahu alahi wa Sallam- ordered me, ”Free her for she is a believer“ » [Sahih Muslim].

The scholars have agreed that the phrase “fi as-samaa” in the ayah and the hadith of the slave girl does not mean inside the sky. Allah is Exalted above dwelling in His creation, or that the creation would surround Him. Such a meaning is absolutely invalid, and all the Imams of the Salaf are in consensus on that point. The scholars have explained the phrase in agreement with its meaning in the Arabic language, the many Islamic texts (Quran and Sunnah), sound intellect, and natural human instinct (fitrah).

Az-Zajjaj (d. 311 H.) said: “(As-samaa) linguistically is said about everything that is raised up and high above. Every ceiling is a ‘samaa’. For this reason the cloud is called the ‘samaa’ because it is high.” (1)

Abu Bakr al-Bayhaqi (d. 458 H.) said: “He said {Do ye feel secure that He Who is (fi as-samaa)…} [67:16] and He meant “Who is above the sky”, just as He said {I will crucify you “fi” the trunks of palm trees} meaning: on the trunks of the palm trees. He also said {So travel “fi” the earth} meaning on the earth. Everything which is above is “samaa”, and the Throne is high above the heavens. So the meaning of the ayah, and Allah knows best, is: ‘Do you feel safe from the One who is above the Throne’, just as He clearly stated in all the other ayat.” (5)

So the meaning of “fi as-samaa” in the ayah and the Hadith of the jariyah (slave girl) is: Above the heavens, on the Throne.

The pronoun “man” (Arabic for “who”) in the ayah is for Allah the Exalted:

– The slave girl’s answer to the question of the Prophet -Sallallahu alahi wa Sallam- “Where is Allah?” was: “fi as-samaa”, and he bore witness to her faith.

– Muhammad ibn Yazid al-Mubarrad (d. 286 H.) said: “The question about what is understood from the word “man” (who) as in the ayah: {Do ye feel secure that Who (Man) is ‘fi as-samaa’ will not cause you to be swallowed up by the earth} indicated that “who” is being used for Allah the Exalted. (6)