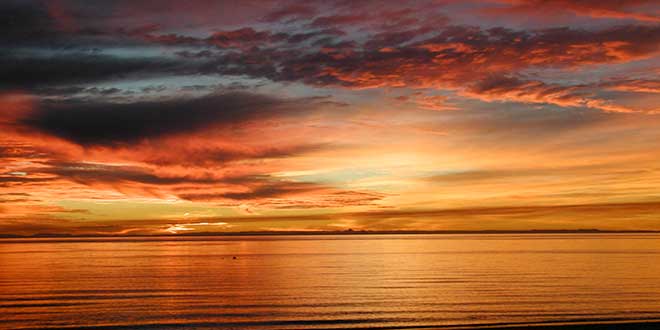 The ‘Bukhaari of the West’, the Imaam, the Hafidh, ibn Abdul Barr (d.423H), the Imaam of the Sunnah of his time said in his work at-Tamheed under the commentary of the 8th hadeeth:

“From Abu Hurayra that the Prophet ﷺ said, ‘Our Lord descends every night to the lowest heaven when the last third of the night remains and says:” who is there calling upon Me that I may answer? Who is there asking of Me that I may give him?’”

“This hadeeth is established from the point of view of transmission having an authentic chain, the Ahlul Hadeeth do not differ as to its authenticity…

…and in this is evidence that Allaah is over (fee) the heaven, over (alaa) Throne, above (Fawqa) the seven heavens, as is said by the Jama’ah, and this is their proof against the Mu’tazila and Jahmiyyah in their saying that Allaah is in every place, not over His Throne. And the evidence for what the people of truth say on that is His saying:

And this is from Uluww and likewise His saying:

As for His saying, `do you feel secure that he who is “fee” the heaven’, then the meaning is `who is over (`alaa) the heaven’ .i.e. over the Throne. And the fee is being used with the meaning `alaa. Do you not see His saying, `so travel freely fee the land’ (9:2) meaning `upon (`alaa) the land’, and His saying, `and I will surely crucify you on (fee) the trucks of the palm trees’ (20:71) and all of this (i.e. interpretation of fee) is supported by His saying, `the Angels and spirits ascend to Him’

And what we have recited and the like of it from the verse to do with this topic are clear in their denial of the saying of the Mu’tazila (i.e. Allaah is everywhere). And as for their taking Istawaa metaphorically, and in it ta’wil to mean istawlaa (conquering) then this is not a meaning of it because it is not clear (ghayru dhaahir) in the language. And the meaning of istawlaa in the language is conquering/overcoming, and Allaah the Exalted does not (need to) overcome or overwhelm anyone. And He is the One, the External.

And from the right of the Words (of Allaah) is that they be taken upon their literal meanings (‘alaa haqeeqatihi), until the ummah is agreed that what is meant is the metaphorical meaning, when there is no way to follow what is revealed to us from our Lord except in that way. And the speech of Allaah is directed towards its most famous and obvious meaning if that (i.e. taking it upon its most famous meanings) is not stopped by something we have to submit to. And if all the claims of metaphors were allowed for every claimant then nothing would established from the actions of worship. And it befits Allaah that He speaks only with that which the Arab understands according to the constraints of the speech (i.e. everyday language) from what is the correctly understood by the listener. And istawaa is known in the language and understood to be: Highness (Uluww) and the rising above something and establishing (at-tamkinu) and settling in it (istiqraar feehee).

Abu Ubaid said about His saying, `the Most Merciful Istawaa upon the Throne’ – `Above (‘alaa)…’ And others said, Istawaa meaning istaqarra (settling) and they seek support in His saying, `and when attained his full strength and was perfect (Istawaa)’ (28:14) i.e. completed his youth and grew settled and there was not any increase in his youth.

Ibn Abdul Barr said, and istawaa is Istiqraar in highness (Uluww) [i.e. He has settled in being high], and this is what Allaah has informs us, `In order that you may mount firmly (tastu) on their backs, and then may remember the favour of your Lord when you mount (istawaytum) thereon…’ (43:13), and Allaah said, `and it rested (wastawat) on mount Judi’ (11:44) and He the Exalted said, `so when you embark (istawayta) and those with you on the ship’ (23:28). [i.e. all the examples show istiwaa to mean coming to rest in a elevated position]

….and as for them using as a proof the narration of Ibn Abbaas (radhi Allaahu anhu) about the saying of Allaah, `The Most Merciful istawaa upon the Throne’ – `He conquered/overcame (istawlaa) all His opponents and His is everywhere.

Then the answer is that this hadeeth is munkar to Ibn Abbaas (radhi Allaahu Anhu) and is transmitted by unknown and weak narrators….(takhreej omitted….and they (i.e. mu’tazila who narrated this hadeeth) do not accept the individually narrated traditions so how can they permit depending upon the likes of this hadeeth, if they had sense and were just? As for what they hear Allaah say, `And Pharaoh said, “O Haman! Build for me a tower that I may arrive at ways – the ways of heavens, and I may look upon the God of Moses but verily I think of him being a liar.”’(40:36-37) then this lends evidence to the fact that Moses (Alayhis Salam) used to say that verily my God is above the heavens and Pharaoh thought he was a liar.

And also from the proofs that Allaah is over His throne, above the seven heavens is that the Believers in Tawheed (Muwahhideen), all of them Arabs and non-Arabs, when a matter concerns them, or a difficulty befalls them, they raise their faces to the heaven, and direct their raised hands to the heaven, seeking succour from Allaah, their Lord. And this is common amongst the general masses as well as the elite (khaasa)….And the Prophet (ﷺ) said to the slave girl whose master who wished to free her if she was a believer, so the Messenger (ﷺ) tested her asking her, `where is Allaah?’ So she pointed to the heaven. Then he asked, `who am I?’ So she said `you are the Messenger of Allaah’. So he said’ `set her free for she is a believer.’ So it sufficed the Messenger of Allaah (ﷺ) from her, her raising her face to the heaven and was content with that, not requiring anything else.

And as for their seeking support in the saying of Allaah, `there is no secret discourse of three except that he is the fourth’ then this is not the proof for them according to the literal sense of this verse. Because the scholars from the companions and taabi’een from whom the explanation of the Qur’aan is taken from, said in this explanation of this verse: He is over the Throne, and His knowledge is in every place, and no one amongst them, whose saying is depended on, differed on this. Ad-Dahhaak said about His saying, `there is no secret discourse of the three except that He is the fourth…’ – `He is over His throne, and His knowledge is with them, where so ever they may be.’ And it has reached me that Sufyaan ath-Thauri said something similar. Ibn Mas’ud (RadhiAllahu Anhu) said, `Allaah is over His Throne, and nothing is hidden from of your actions;”