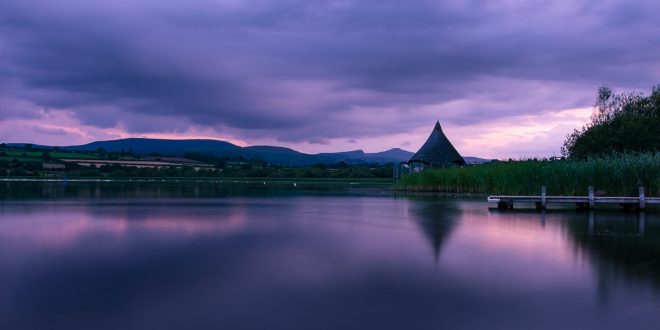 Too many people just release statements from their mouths without actually having thought of the consequences and this most often is due to poor reading, research and investigation.

It is often uttered in a simplistic manner that Shaykh Rashid Rida denied Jinn possession and many other such points. If one reads into the life and struggles of Shaykh Rashid Rida, they will come to know the Shaykh passed through many phases, each distinct from the other due to his progression in the sciences.

His move to Egypt from northern Lebanon, his time in Sham and then his stay in Egypt while interacting with the Egyptian Intelligentsia shaped his views many a time and he also changed. This is evident from his early writings, which when compared to his latter writings are poles apart. We know, during his later years he championed orthodox Sunni Salafism. We also know, and this had been a common problem, when the Shaykh engaged in other sciences it led him to adopt erroneous views for not sticking to the methodology of the pious ancestors.

His Asal was Ahl al-Sunnah and despite having some mulahazat, they were due to poor ijtihad. For example, during his time in Egypt these academics would meet and discuss issues, some of these people were non muslim, christian copts, free thinkers. It was also an era of great political turmoil with the colonisation of the French and British and the desire to be free and independent of these colonial terrorists, the Ottomans. There were also ideas on Pan-Arabism and Nationalism, the breakdown of arab/muslim culture, modernisation etc etc. While dealing with these and many other issues one can perhaps understand the erroneous views they held and there is potentially an excuse for their mistakes.

For example, we find the Syrian and Egyptian Sunni Salafi scholars (e.g. Shaykh Muhammad Bahjatul Baytar) sitting with Muhammad Abduh telling them about the methodology of the Salaf and their way being the best and safest way. In one instance Muhammad Abduh remained silent, showing his indication he agreed with it. There is no doubt Muhammad Abduh had some serious problems by being upon the Madhhab of the Philosophers and when he eventually went to France, he toyed with Free Masonry and met the heads of the Philosophers at the time. They were both on the way of the Mutakallimun and were Ash’aris with Shaykh Muhammad Rashid Rida changing and this is well known because some of his teachers were ardent Ash’aris, who even wrote books in defence of Ash’arism. Muhammad Abduh on the other hand remained upon his free thinking and Kalam, which he took from none other than Afghani, who was the mascot of the Philosophers in Egypt.

Nonetheless, they erred and we refute their errors and make them plain to the people. However, what we don’t do, is to justify the deviation of others, who are outright open stubborn deviants with the errors of Shaykh Muhammad Rashid Rida.

People want to justify the deviation of others and say Shaykh Rashid Rida denied jinn possession, or there might be a different allegation. When someone makes a comments about a person regarding an earlier view they held, the said individual is very quick to say that was an older view but yet we are brazen to throw allegations on others, when we know very well their views in general changed through their life. For example, Shaykh Rashid Rida said that he used to be a Sufi and then abandoned that way and adopted the of Sunnah and Ahl al-Sunnah. (al-Manar wa’l Azhar, 147)

In summary, Tamar Muhammad Mahmud Matwali presented a staggering 985 pages on “Manhaj al-Shaykh Muhammad Rashid Rida Fi’l Aqidah” – The Methodology of al-Shaykh Muhammad Rashid Rida in Aqidah. (KSA: Dar Majid Asira,1425/2004) in which he discusses numerous aspects of creed from the viewpoint of Shaykh Rashid Rida on Jinn Possession from pages 651-655. Although, this is far from clear and pristine, it should absolve the blanket and premature statements on Shaykh Rashid Rida, that quite often fall of the tongues of people.

This is further coupled with him adopting and pushing the teachings of hadith and giving them a central place in methodology and thus his association with the Ahl al-Hadith of the Subcontinent, this is evidenced by his introduction to the Siyanatul Insan of Shaykh Bashir Sehsawani. The Ahl al-Hadith and the Sunnis of Najd were also bridged by Shaykh Rashid Rida for instance when the Ahl al-Hadith of the subcontinent, namely Jamia al-Islamiyyah al-Salafiyyah in Banaras, through their publishing house, Idarah Buhuth al-Islamiyyah printed Shaykh Rashid Rida’s, “al-Wahhabiyun wa’l Hijaz.”  We also find the Indian scholar Shaykh Abd al-Razzaq al-Malihabadai, who in turn translated a few books of Shaykh ul-Islam Imam Ibn Taymiyyah in Urdu, was also a student of Shaykh Muhammad Rashid Rida. (al-Manar, 35:199)

Shaykh Rashid Rida in his Journal al-Manar, we clearly see him waging war against Bid’ah and its promoters and he clearly outlines his vision and methodology is to refer to the way of the Salaf in understanding the din. (al-Manar, 22:366)

This is all poles apart where Akram Nadwi is living in the UK, where he choses to follow the way of the some of the Nadwis in their rejection of Jinn possession. He has no excuses in this day and age of information, ease of life and clarity to seek the truth, which was totally different to the time and era of Shaykh Rashid Rida, that is if their ridiculous comparison is made. Akram Nadwi, a modern renegade ‘Hanafite” lauds them and produces books on Hanafi fiqh with typical muqallid Abu Hanafah veneration and we have very little to say about the token gesture of translating a few pages from Imam Ibn Hazm’s Muhalla, I think we have our side covered thank you very much.

He belittled Shaykh al-Albani and his students openly and offered an incoherent diatribe of the works of Shaykh al-Albani and his grading. The same Akram Nadwi, who was championed by the ardent Hanafis of the UK when he emerged on the scene and when they saw his deviation even they abandoned him. He appealed to the likes of the most irresponsible deviant caller the west has ever seen, Nahiem Ajmal aka not a mufti Abu Layth not a maliki. Where they are both lapping up the cheers of their deranged followers. Watch the videos.

Show us once where Shaykh Rashid Rida mocked the Aqidah of the Salaf and demoted its importance, compare this to Akram Nadwi. Just because Akram Nadwi became a renegade of the Hanafi Madhhab and believes in independent reasoning or ijtihad it does not take him out that easily of the taqlid of the Hanafi Madhhab. Shaykh Rashid Rida writes, “Bab: al-Bidah wa’l Khurafat wa’l Taqlid wa’l A’adat” and he goes onto explain the destructive effect of these things upon the Islamic Creed. (al-Manar, 3:711-714), so again we see they were poles apart.

Just some of the efforts of Shaykh Rashid Rida produced amazing scholars like Shaikh Muhammad Bahjatul Baytar, Shaykh Muhammad Hamid Fiqhi, Shaykh Muhammad Abdur Razzaq Hamza Shaykh Abd al-Zahir Abu al-Sami and many others who after meeting him spread the Salafi Da’wah and also via his al-Manar magazine. On the contrary what have the likes of Akram Nadwi produced, other that doubts and problems in clarifying the truth.

Preserve your creed and Manhaj and look at the safe and sound way of the Salaf who in general and collectively embodied the Divine texts, now we have the actions and pastime of men, who have no authority or constitute evidence in this beautiful Din.