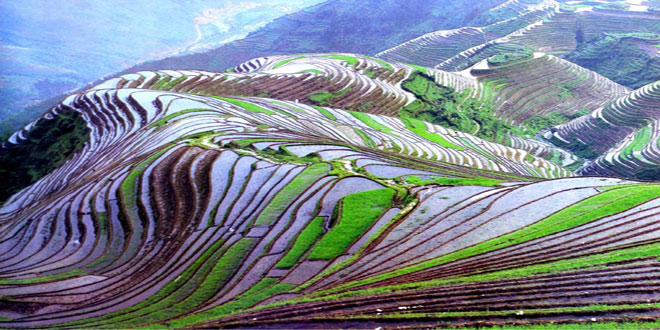 From The Aspects Of Shirk That Harm Your Aqidah

Calling Upon Other Entities for Help is Shirk

So asking holy saints, peers or anyone claiming to be able to help you, like you have these Moulvees on TV blowing on strings and objects and doing things for you via the TV screen, they are all impermissible with regards to aiding you and assisting you in your calamities and troubles.

“And your Lord says, “Call upon Me; I will respond to you.” Indeed, those who disdain My worship will enter Hell [rendered] contemptible.” (Soorah al-Ghaafir 40:60)

And “Call upon your Lord in humility and privately..”

“And who is more astray than he who invokes besides Allah those who will not respond to him until the Day of Resurrection, and they, of their invocation, are unaware.” (Soorah al-Ahqaaf 46:5)

On the day of judgement when our deeds will be counted, the very same people that are called upon will deny everything, Allaah the most high and majestic said,

“And those whom you invoke other than Him do not possess [as much as] the membrane of a date seed. If you invoke them, they do not hear your supplication; and if they heard, they would not respond to you. And on the Day of Resurrection they will deny your association. And none can inform you like [one] Acquainted [with all matters].” (Soorah al-Faatir 35:13-14)

These verses indicate the dangers of asking other than Allaah for help and making dua to them. It is strange how we as Muslims are ignorant and lazy concerning these verses as we see may Muslims going to graves and making dua to the people in them, who they consider to be Auliyaa, holy saints and peer and they believe the people in these graves are actually listening to them, when in reality they will deny and reject everything on the day of judgement.

How has shaytaan beautified this for them and they don’t even realise how bad and oppressive this is. Such people reject listening to the truth and repel it. How have we as Muslims become so ignorant and unintelligent.

These foolish people, including groups of Muslims believe that these people in the graves will give them some benefit and will remove their calamity. Allaah the majestic said,

“Say, “Do you worship besides Allah that which holds for you no [power of] harm or benefit while it is Allah who is the Hearing, the Knowing?” (Soorah al-Ma’idah 5:76)

Making istigathah is a form of dua. Istigathah is seeking help from a calamity or trouble that befalls you and pleading and supplicating to holy people at such times of distress. It is very common in our culture that as soon as some problems befalls us we run to our peers and Soofee saints pleading to them and asking them for help. Allaah said,

“when you asked help of your Lord, and He answered you,…” (Soorah al-Anfaal 8:9)

Sometimes they may offer money for such acts to be performed with the intention of seeking reward. Such people claim they are not sacrificing for the dead people in the graves, tombs or shrines directly but rather for Allaah and we go through these people as means as they are holy saints and hence close to Allaah.

This is exactly what the mushrikeen of Makkah used to say word for word and this is clear Shirk. Allaah said make all prayers and sacrifice for me alone, he says,

The Messenger of Allaah (Sallalahu Alayhee Wasallam) said, “Allaah cursed him who sacrificed for anyone besides Allaah.” (Saheeh Muslim no.4876, Nasaa’ee 7/205, Musnad 1/108,118)