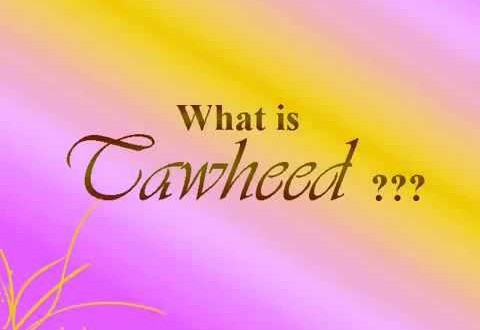 The Three Categories of Tawheed and Shirk

(This is) a clarification of the categories of Tawheed, and they are three:

So all the acts of worship from Salaah (prayer), Sawm (fasting), and other than them, then they must be (done) sincerely for Allah alone and it is not permissible to associate, anything from these acts of worship, with anyone other than Allah.

And as for Tawheed al-Asma` was-Sifaat: Then it is to believe in everything that has been revealed in the Noble Qur’an and the authentic ahadeeth, from the names of Allah and His attributes. And affirming them for Allah alone, at the level that is befitting the Most High, without Tahreef (perverting the texts), without Ta`teel (denying their meanings), without Takyeef (seeking after their specific details), and without Tamtheel (likening Allah to His Creation).Complying with the statement of the Most High:

“Say (O Muhammad): He is Allah, (the) One. Allaah-us-Samad (The Self-Sufficient Master, Whom all creatures need, He neither eats nor drinks). He begets not, nor was He begotten; And there is none co-equal or comparable unto Him.”

And His (subhana wa ta’aala) statement:

“There is nothing like unto Him, and He is the All-Hearer, the All-Seer.”

And some from the people of knowledge (Ahlul ‘Ilm), have divided it in to two types and have entered Tawheed al-Asma` was-Sifaat in to Tawheed ar-Ruboobiyyah. And this does not fall short in that, since the purpose is clear in both divisions.

And the categories of Shirk are three:

As for Shirk Akbar: It requires the futility of the deeds (of an individual) and the eternal existence in the Fire for the one who died upon it.

As the Most High said:

“But if they had joined in worship others with Allah, all that they used to do would have been of no benefit to them.”

And the Most High said:

“It is not for the Mushrikoon (polytheists, idolaters, pagans, disbelievers in the Oneness of Allah), to maintain the masaajid of Allah (i.e. to pray and worship Allah therein, to look after their cleanliness and their building, etc.), while they witness against their own selves of disbelief. The works of such are in vain and in Fire shall they abide.”

And whoever died upon that, Allah will not forgive him, and Paradise is forbidden for him.

“Verily, Allah forgives not that partners should be set up with him in worship, but He forgives except that (anything else) to whom He pleases”

And the Most High said:

“Verily, whosoever sets up partners in worship with Allah, then Allah has forbidden Paradise for him, and the Fire will be his abode. And for the Dhaalimoon (polytheists and wrong-doers) there are no helpers.”

And from the types of Shirk Akbar are: calling upon the dead and the idols, seeking rescue from them, swearing by them, offering animal sacrifices to them, and similar to that.

And as for Shirk Asghar: then it is what has been established from the texts of the Book or of the Sunnah, as being designated as Shirk, but it is not from the types of Shirk Akbar. Such as riyaa` (performing a deed only to be seen by others) in (the performance of) some deeds, swearing by other than Allah, saying: What Allah willed (Maa shaa` Allaah), and so and so willed, and similar to that.

Due to the statement of the Prophet (sallallaahu ‘alayhi wa sallam):

“What I fear for you the most is the minor shirk.”

So he was asked concerning it, so he said:

“Whoever swears by other than Allah, then he has indeed committed Shirk.”

And this type (of Shirk) does not dictate apostasy, nor does it necessitate eternal existence in the Fire but it makes deficient the perfection of Tawheed, which is an obligation.

As for the third type: and it is as-Shirk al-Khafee and the proof of this is the statement of the Prophet (sallallaahu ‘alayhi wa sallam):

“Shall I not inform you of what I fear for you more than the Maseeh ud-Dajjaal (the false messiah)?”

They (the companions) said: ‘Of course, O Messenger of Allah!’

“It is the hidden Shirk (Khafee). A man stands for prayer and beautifies his prayer for those who are watching him.”

Reported by al-Imaam Ahmed in his Musnad from Abu Sa’eed al-Khudree (radiallaahu ‘anhu).

And it is more befitting that Shirk be divided in to two types: Akbar (major) and Asghar (minor). As for the hidden Shirk, then it is contained in them both.

So it is found in the major (Shirk), like the Shirk of the Munafiqoon (hypocrites). Because they hide their false aqa’id (creeds), and show Islam outwardly with duplicity and fear for their own selves.

And it is in the minor Shirk, such as riyaa`, as is related in the hadeeth of Mahmood ibn Lubayd al-Ansaari that was presented and the hadeeth of Abu Sa’eed that was mentioned.

And Allah is the One with Whom is success.