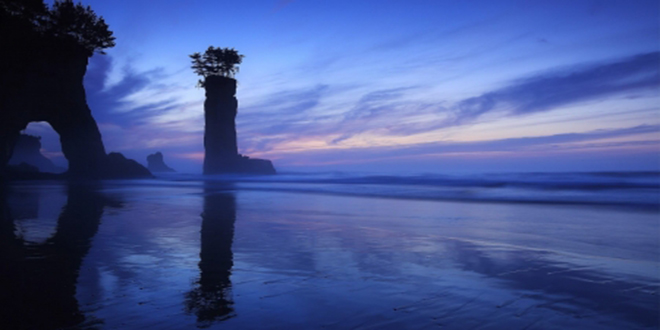 We continue and say, yes Saudi Arabia has been supporting former terrorists who were on the payroll, who eventually became PIRs, set up their shrines and tombs while making thousands (see grave below) 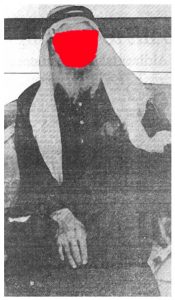 Tahir ul-Qadiri mentions Abdul Ma’bud Jilani (See PART 2), the first thing is can they show us where Ma’bud is Allah’s name, Ma’bud the creation or worshippers cannot be Allahs name and this is yet another example to this people riddled with Shirk, referring to himself as Abdul Ma’bud, we are only the servants and worshippers of Allah Azzo Wa jal.

This Jilani died when he was 165 years old and is buried in pakistan and was given the title of Baba Ji i.e. Holy man. He was the direct student of Ahmad Raza Khan Barelwi, he visited and also studied with him for a short while. He is also one of the links to the Deobandi’s and the Deobandi Church father Mawlana Imdadullah Muhajir Makki, whose beliefs were riddled with Shirk and was a senseless proponent of Wahdatul Wajud. Jilani was his Khalifa as were the Deobandi church fathers like Nanotwi and co. This shows the intrinsic link between these two brothers in faith which highlights our view that they are essentially the same fraternity.

We will now cite what they have said themselves, one from amongst them said

Shaykh Abdul Mabood’s wife invited me one night for dinner. It was the first time I had the opportunity to visit and chat with his wife and the rest of his family in a less formal way. That evening I noticed that there was a plaque on the wall, written in Arabic, and sealed with a wax impression that appeared to be the standard of the royal family of Saud. I asked about it and this is what I was told.

After he had performed his pilgrimage to Mecca and Medina, Shaykh Abdul Mabood remained in the Hijaz, teaching. King Abdul Aziz bin Saud had just recently taken control of the country and was under tremendous pressure from the Wahhabi scholars in Ryadh to control the emerging influence of the Sufis in the Hijaz, as well as the Shias and their interests in the shrines of the members of the Prophet’s family. Succumbing to their threats, King Abdul Aziz launched a campaign against these two groups, by destroying the shrines of the awliya’.

Shaykh Abdul Mabood after having petitioning the King on many occasions to stop these activities met with treachery. The king had put a warrant for the Shaykh’s arrest. The Shaykh banded together with others wanting to preserve these holy places, and waged battles against any army that attempted to hurt or destroy these shrines. The conflict raged on for many months. The warrant for the Shaykh’s arrest had become a bounty hunt as the king placed a large sum of gold on Shaykh Abdul Mabood’s head.  After some time the Shaykh was arrested and brought to stand trial in the court of King Abdul Aziz. The trial lasted for but a few minutes, the charges were read and the sentence handed out.

The Shaykh was brought in front of King Abdul Aziz. Shaykh Abdul Mabood’s head had already been wrapped in clothe and the axe and chopping block were already in the courtyard of the palace. The king leaned over to the Shaykh and asked if there were any last words. The Shaykh began to recite several poems about the qualities of the Prophet’s family and how they should be remembered and cherished for all times. The king was moved to tears. For not only were the words of the Shaykh overwhelmingly beautiful but the king recognized those poems as having been written by his grandfather and recited to him almost every night.

King Abdul Aziz al-Saud ordered the clothe to be removed from the Shaykh’s head and for him to be set free. The king approached Shaykh Abdul Mabood and humbly requested his forgiveness. . As a personal show of gratitude to the Shaykh, the King decreed that from that day forward, Shaykh Abdul Mabood would be the guest of the kingdom on the pilgrimage to Hajj.  The kingdom of Saudi Arabia would cover all of his travel expenses and costs to stay in Mecca and Medina. The Shaykh was given an official plaque with this decree. It was this plaque, I asked about on the wall.

Prior to receiving this gift, the Shaykh had already performed the Hajj for many years. When I had met him in 1983, he had already completed over 100 pilgrimages to Hajj. As far as we know, he holds the record for attending the pilgrimage.

His wife went on to tell me that Shaykh Abdul Mabood remains in bed most of the year. A few weeks before Hajj, he starts to move around more and a few days before he sets off to Hajj, he walks around, full of energy. She said that his hair turns from white to gray and even turns black as the Hajj approaches. In her time as wife of the Shaykh, he had lost and grown another set of teeth. As a junior wife, she remembered coming into a household of two other senior wives that the Shaykh had several sets of teeth come in and fall over his lifetime.

So, interesting, sifting through the emotional ordeal presented for Malik Abdul Aziz, because we know from documented history he was not like this, he was resolute and firm in his beliefs as he was a Muwahhid. Thus, making emotional points like this is nothing new from the sufi Barailwi’s. Let us look over some points,

1. Jilani Had a plaque of the Saudi Royal Family (as a Tawiz) on his Wall

“Plaque on the wall, written in Arabic, and sealed with a wax impression that appeared to be the standard of the royal family of Saud.”

So this Barelwi holy man reveres the Saudi Royal family by putting their family plaque on his wall, so where are the barailwis cursing the Saudi’s and the government, and saying petrol dollars, US Saudi, let them levy these points against their own ‘PIR,’ a lover of the Wahabi Najdiyyah!!!!!! Tut Tut, pointing fingers only hurts them!

“The Shaykh banded together with others wanting to preserve these holy places, and waged battles against any army that attempted to hurt or destroy these shrines. The conflict raged on for many months.”

Now I bet your thinking, ‘uh o’, what on earth is going on here. Well let us just break it down for you, your PIR, Holy man, saint, who died at the age of 165, who you call Arif Billah, the one who knew Allah, waged a battle against the Saudi’s, he is the church father of modern day terror and kharijism, the leader of the anti Saudi’s, aiding the British colonialists and western attempt to control the Muslim countries. I just wonder who was supporting him with these battles and his army??? So now who has the Khariji, Terrorist, Extremist origins and kindly apply the Khawarij Narrative to your own SUFI PIR? If only you were that honest and upright!

Dear readers this is what you call extreme terrorists and origins of the Khawarij in Saudi Arabia. Perhaps the Sufi’s and Rafidah Shi’i colluded in their extreme terror activities and their offshoot are continuing today, in their treacherous campaign to malign Saudi Arabia, its leaders, the peaceful nation which has not propagated nothing but Tawhid and Sunnah. Was it perhaps, the British pound-acquired from pillaging the Muslims countries, perhaps the Shi’a currency or just the ardent grave worshipper Sufis all uniting to attack Saudi Arabia, the land of Tawhid. Even worse, was it the Neo Cons, Freemasons or even the Rothschild’s all funding these Khariji renegades???  Talking about the shrines of the ‘Awliya’ why are we not surprised at this, just look at Jilani’s grave, it is anything but the Sunnah of the Messenger of Allah ﷺ. Note the word ‘PIR’ 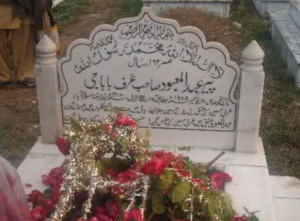 3. Saudi Funded with Petrol Dollars – Cursing the the Very Hand you Eat out of!!!

“As a personal show of gratitude to the Shaykh, the King decreed that from that day forward, Shaykh Abdul Mabood would be the guest of the kingdom on the pilgrimage to Hajj.  The kingdom of Saudi Arabia would cover all of his travel expenses and costs to stay in Mecca and Medina. The Shaykh was given an official plaque with this decree. It was this plaque, I asked about on the wall.”

I suppose there was no shame in taking money from Saudi’s, living off them, their treatment, their wealth even though they waged a war against them with an army. I also suppose it is acceptable to take Saudi money generated from Petrol. I means its absolutely shameless to throw these childish allegations against Saudi especially since one of your PIR’s had been leeching the Saudi’s of their petrol dollars for over 100 Hajjs, I mean just add that up. This is treachery, deception, two faced of the worst kind. If you have no shame at least have shame for your OWN PIR or declare him to be a Khariji Terrorist, just like the Khariji Terrorist zionist jews, who waged a war of terror against the British in Palestine, and of course you know this disease of terror, extremism and killing innocent Muslims has not left the zionist jews till this day. They are all enemies of humanity, equal rights, justice and the sanctity of life. May Allah liberate and and give victory to the Muslims in every place and let us return to Tawhid and the Sunnah, Amin

What do they usually say, YA NAJDIYYAH, Saudi created by the British, British spies and all sorts, we humbly ask please levy all of these allegations towards your own PIR who died at the age of 165, either that, or issue a full refund of all the money used by your PIR for the 100 Hajj’s he performed at the behest of Saudi Arabia, if not and you have even a little, a very very small amount of shame, then have the common decency to zip those venomous mouths and long snake tongues which move shamelessly, hurling the neo con and new world order agenda against Saudi Arabia and refrain from becoming the mouth pieces of the Rafidah Shi’a as well the Ikhwani rabid Khariji renegades, whether they are from within Saudi Arabia or outside.

By Allah we will not remain silent, do you think we cannot respond to your confusion and this treacherous deceptive continuous campaigns against the Salafi’s and Ahl al-Hadith. The deconstruction and dismantling process has begun InshaAllah…..