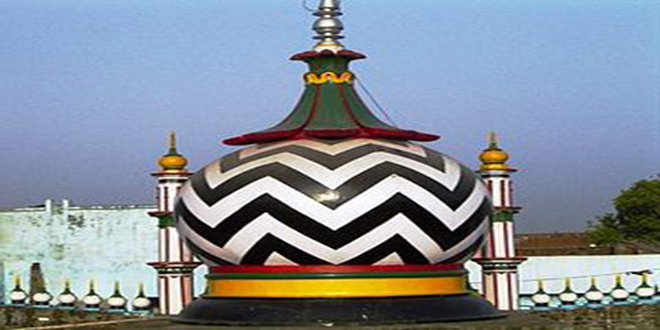 “Imam Ahmad Raza Khan was an enemy of the british..” (Ala Hazrat Ka Salmi Jihad – The Jihad of the Pen of Ala Hazrat p.8)

“He hated the British with a passion and the british rule.” (Ala Hazrat Ka Salmi Jihad – The Jihad of the Pen of Ala Hazrat p.10)

Syed Altaf Ali Barelvi has expressed his viewpoint as under:

“Politically speaking, Imam Ahmed Raza believed in complete independence and perfect freedom. He was deadly against the British and the British rule.” ( The Daily Jung, Karachi dated 25.1.79. p-6)

“Imam Ahmed Raza was also against the British regime.” (Gunah Be Gunah p.17)

Ahmad Raza Khan and his family were also against what we would call nowadays, british values. Muhammad Masud Ahmad writes,

“Maulana Hamid Raza Khan, the son of Maulana Ahmed Raza Khan criticized British civilization and culture in his presidential address at Muradabad. The forth right criticism of the British civilization and culture which he made in course of his inaugural address at Muradabad, 1925 merits our attention and must be studied. He said at the All India Sunni Conference held at Muradabad from 20th to 23rd Shaban, 1343 A.H/l6th to 19th March, 1925,” (Gunah Be Gunah p. 20)

“Imam Ahmed Raza went in 1337 A.H./1919 A, D to Jabalpur on the invitation of Maulana Abdul Salam. It should be noted that it was the year when Khilafat Movement had started and there was opposition to the British Indian Government on a large scale. During his sojourn at Jabalpur, Imam Ahmed Raza used to go for sight-seeing off and on. Mufti Muhammad Burhanul Haque Jabalpuri (son of Maulana Abdul Salam) who is more than ninety years old now, writes:

“One day after Asr Prayer the Maulana went on buggy for sight-seeing towards Guncarriage factory. A group of British military soldiers was going from the factory to their quarters. On seeing them, Ala Hadrat said, “The wretch, they are completely monkeys.” (Gunah Be Gunah p.24), Ikram Imam Ahmed Raza (Gunah Be Gunah p.91)

“From the foregoing evidence and facts, it is clear that Imam Ahmed Raza was neither a well-wisher of the British, nor liked or loved anything English i.e., their regime, civilization and culture, education system, their ideas and faces. (Gunah Be Gunah p.25)

There are many other statement from Ahmad Raza Khan and his view of the british, it would take many parts to address all of the issues but suffice it to say the origins of extremist and disruption to british society comes from the teachings of Ahmad Raza Khan. One can consult the book of Muhammad Masud Khan Gunah Be Ghunah and how he highlights the view of Ahmad Raza Khan and his opposition to the sanctity of society in the UK. This is another answer to the so called Henry Jackson Society who have been playing hide and seek with the truth.