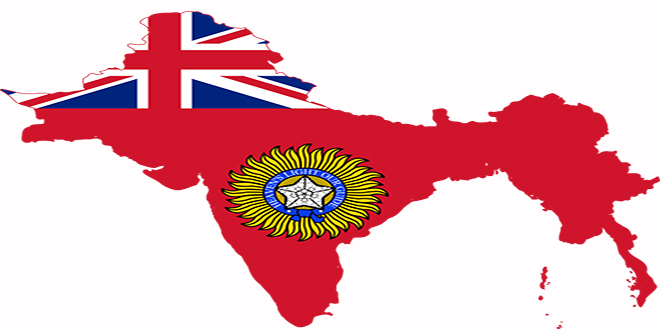 [Part 8] – The Anti Wahhabi, Salafi & Saudi Narrative from Barely – Terror, Extremism & Jihad Against the British Rule in India – The Barelwi Ancestry and Lineage

Let us look at the father of Ahmad Raza Khan, Naqi Ali Khan and his views. He was of course an ardent Sufi and had ijazah from the infamous Zaini Dahlan (see al-Ijazat al-Mutayinah p.67, Usul al-rashad liqamah mabani al-fasad p.19)

a baralvi researcher, Muhammad Hanif Khn Rizvi Barelvi, writes in the introduction to one of Naqi Ali Khan’s book,

In order to expel the british out of India, the scholars of India formulated a Jihad Committee and issued a Fatwa of Jihad against the britishers and their rule. At the head and the first and foremost who issued the fatwa was Mawlana Raza Ali Khan, (a few other names) and Mawlana Naqi Ali Khan…” (Mish’al Rah – The Story of the Brtish Oppressors by Abd al-Hakim Akhtar Shahjanapuri, First chapter, the affect of the Clashes of 1857c p.126, Usul al-rashad liqamah mabani al-fasad p.23)

Of course we are not here to debate and scrutinise the realities of these claims and how accurate they are based on historical records, but the point is how have the Sufi Barelvis of England overlooked the views and positions of the Sufi Barelwi elders and Churchfathers. On one hand we have the calamitous absurdities one could ever put on paper i.e. the dismantled report from the Henry Jackson society, who not only were falling short on payday but are also a shamble to academic research, who raised fallacious allegations against Ahl al-Sunnah, while on the other hand they outrightly ignored historical facts embodied within the Sufi Barelwi renegades. These people have places of worship in their droves in the United Kingdom and they preach the same points as their forefathers did, so why are the likes of Henry Jackson society silent on such findings?

Well this obviously leaves us with two possible realities which are perhaps closest to the truth, 1. The Henry Jackson Society are either intellectually challenged and have the most despicably shoddiest research on the face of this planet or 2. They act as a front for the neo-con and new world oder agenda. The fact of the matter and reality dictates that both are true in synchrony, we will inshAllah address their disastrous culminations at a later date.

We find dear readers, on on hand these Sufi Barelwis hurl allegations against the ‘Wahhabis’ and Saudi Arabia while their on forefathers were at the forefront of Terrorism and extremism against the britisher rule. The irony and the most funny thing about these treacherous lying individuals is that they promote these teachings behind closed door in private gatherings and circles and then show another face of peace their with placards of peace and unity to the british public. We are in no doubt if these people had any real power and authority they would take active physical steps  against the Salafi’s and Ah al-Hadith.