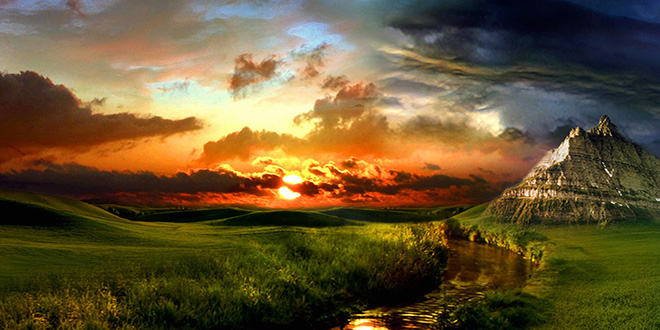 After the Sufi burps from halwa and Ghiyarwain indigestion, yes you know what we are talking about, that trademark sufi burp after the sour taste left in the mouth from the previous part, Part 1 (READ HERE) and that 360 wobbling formation experienced by Mohammad Naveed Ashrafi and the Barelwi chapter, we thought it would be pertinent to open the doors to Barelwi factionalism, real inroads and groundbreaking work in, inciting, hatred, violent and issuing fatawa of disbelief, Kufr and heretic beliefs by the british Sufi Barelwi’s leaders and their light in shining armour, namely the abhorrent, foul mouth underlings, as you will see. This is real inciting hatred and violence and I hope Bibi Therea May takes note of this Sufi Barelwi violent terror outbursts.

I mean really, where do we start, Barelwi teachings, infested with shirk and bidah are a matrix of confusion. Okay, so lets start with this, Dr. Tahir ul-Qadiri, who is revered amongst the Sufi Barelwi circles, has been heavily criticised, reprimanded, refuted, shunned and everything else under the Sun. Why the criticism and flowery words we hear you ask? Well because Dr. ‘Sahib’ Tahir ul-Qadiri apart from a catalogue of delusional errors and a crime spree in the Barelwi Mazhab, claimed that it was permissible for Barelwis to pray behind Wahabis (i.e. Sunni’s). Naturally, there was an outrageous uproar, and so there should be, because years earlier the Barelwi church fathers and holy men issued an legal edict, that whoever prays behind a wahabi will break his nikah, and then divorces and the cursed halalah would ensue due to hanafi teachings, oh dear me what a very messy affair! (pun intended)

So there was an internal backlash and strife (besides other issues which showed Tahir ul-Qadiris leanings towards Shi’asm, wahdatul Adyan, literally the whole works, even a christmas cake), the major scholars of the Barailwi mazhab issued legals edicts, fatwa, warnings, refutations, radud, radds from their Rad guns which included the burzurgs, Allamahs, Fahamahs, Muftis, Mujaddid Millats, pirs, pirs of tariqats. All claiming Tahir ul-Qadiri has left the teachings of Barelwism and a disgrace to Ala Hazrat Ahmad Raza Khan, and thus has no connection to him.

you know what, we are the clock on this one, let us just reproduce what they said,

Who are Against Dr Tahir ul Qadri?

Those who have passed away:

Those who are Alive:

Scholars who are Against Dr Tahir ul Qadri in India

Calling the above Scholarly Giants and Representatives of Sunni Muslims of the Sub-Continent as ‘Takfiri Mullahs’ and their verdicts as ‘Fatwa Baziyan’ by Dr Tahir ul Qadri and his followers, is an insult to Islamic Learning and ‘Ahl us Sunnah wal Jamah’!

Based upon the above blunders, deviant views, astray ideology, boastful self-praise, proposing  unity with Heretics and unity with the Blasphemers of the Allah, the Prophet Muhammad ~sal Allahu alayhi wa sallam~, Sayyiduna Abu Bakr, other Sahaba and Awliya; the scholars of ‘Ahl us Sunnah wal Jamah’ declared Dr Tahir ul Qadri out of the pale of ‘Ahl us Sunnah’ and branded him ‘Astray’ and declared him the cardinal pole of Deviancy in present times.

He falsely claims to represent the School  of Imam Ahmad Raza Khan, boasting that he took ‘Ilm’ from his direct students but in-fact opposes him (Imam Ahmad Raza) and his students on matters upon which they stood all their lives! And deceives Millions of Sunnis claiming to represent the ‘Ahl us Sunnah wal Jamah’ and Imam Ahmad Raza Khan! Recently in Hyderabad, he claimed that he took ‘Ilm’ directly from Imam Ahmad Raza in dream for many years!!!! Imagine the great Imam, the Sword of Allah on the Blasphemers of RasulAllah ~sal Allahu alayhi wa sallam~, the one who refuted all his life the Wahhabiya and Deobandiya – Sayyidi Imam Ahmad Raza teaching Dr Tahir who advocates the Deobandi and their Big Brothers – the Wahhabiya are from the Ahl us Sunnah! What a Lie!

For those obsessed with Dr Tahir ul Qadri’s so called learning and speeches may re-call or imagine the past scholars like ‘Dawud Zahiri’, ‘Zamakhshari’, ‘Ibn Hazm’, ‘Ibn Taymiya’, and ‘Ibn Qayyim’ and their knowledge and intellect. Despite of their vast knowledge and numerous books on core topics, they were branded as Heretics and Astray by Sunni Scholars! Why?

It was because they denied the ‘Ijma’ in some matters and on the other hand advocated new Ideologies alien to Islam and Ahl us Sunnah wal Jamah. The same is the case with Dr Tahir ul Qadri.

These astray scholars showed their haughtiness, self-praise, over-confidence, boastfulness and self admiration, neglecting the advice of contemporary scholars, jeering at them and not retracting from their wrong positions/views/ ideologies. So does Dr Tahir in present times.

All of the above scholars were known for their exceptional intellect, reasoning, knowledge, and expertise in Islamic learning, but unfortunately they became Astray and were Branded as Heretics! The same is the case of Dr Tahir ul Qadri in present times, his oration and explanation of intricate matters is sometimes excellent, but the same intellect led him to astray-ness and neither he or his followers pay heed to the advice of the contemporary ‘Ahl us Sunnah’ scholars and retract their positions.

Thus, it would be fair if we say that:

Isn’t it risky to stick and follow one scholar and oppose scores of other scholars on the same matter? Isn’t it dangerous to hold a view or a stance that only one scholar invents, upholds and propagates defying thousands of other religious authorities?

If we glance on the public and scholarly following enjoyed by Sunni scholars in the sub-continent in terms of population, we shall find the following heading the list.

Each of the above has a following of lakhs and crores and represents the different dominant ‘Tariqahs’ of the ‘Ahl us Sunnah wal Jamah’ in the sub-continent and all of the above are Unified upon the fact that Dr Tahir ul Qadri opposes the ‘Sunni’ stance on numerous matters and is Astray.

Dear Sunni Brother and Sisters, leaving these personalities of repute and following a lone scholar is not advisable and worth.

and then, wait for it…….. thats right you’ve guessed it, another dream story, what another one…. serious, oh yes, he says

“Ahmad Raza Khan gave me his spiritual blessings in my DREAM, directly and made me his student”

for real, we have to take break now, this is heavy, TIME OUT, we will get back to this, let me just sit down just had a head spin and wobble,

Let us now move onto Mr Mohammad Naveed Ashrafi, the wobbler, this is his refutation of Mr Tahir ul Qadiri

This is what you call dear readers, refuting their own creed, teachings and buzurgs and their holy Ala Hazrat Ahmad Raza Khan.

and by Irfan Shah Mashadi, a frequent panelist on Ummah TV, the very channel Mohammad Naveed Ashrafi present his wobblies from, the former, Irfan Shah is famously notorious for having a’ flowery tongue’

and in this video he says Allah swears, what Mazhab are these guys on, oh I remember Barelwism of Ala Hazrat Ahmad Raza Khan

a simple search on youtube of him will show numerous videos encouraging children to swear etc. these are the teachings of these barelwis and their reality, perhaps we need to talk to the government about safeguarding!!!!

before we move onto the next part lets see a counter from Dr. Tahir Sahib

and before we leave this unfinished saga, which we will explore in the next part, we would like to show Mohammad Naveed Ashrafi about how his scholars of the Ahle Sunnat wal-Jamat, who appear on his so called Barelwi channel have been actually arrested by Bibi Theresa May’s and the Quens police despite the fact they denied it, see below (please mute, you know how it is these boys, they just know how to wobble to beats)

here is the evidence that he was actually arrested and guess what for, oh yes, holds head with shame, tut tut…… for inciting hatred and violence, no way, thats a bit, you know what do they say, oh yeh you mean deceptive hypocritical and disgusting double standards, yeah that, (please excuse the dogs barking in this video)

and lastly we could not resist this last one, Irfan shah Mashadi, busting moves and PROPER WOBBLING, i wonder these real wobblers have to say about this debacle, i think its time we had a real meeting with Bibi Theresa May.