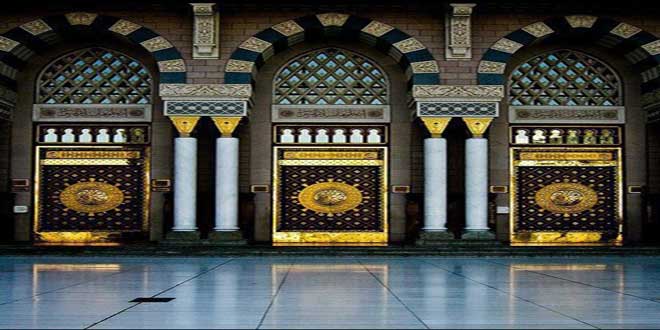 All praise is due to Allaah the Most High, the Lord of the Great Arsh.   May the Peace and Blessing of Allaah be upon His Final Slave and Messenger, the Master of all the Prophets, the Seal of Prophethood, Muhammad.

It is from the endless Mercy of Allaah the Most High that He sent down the Quraan from Above the Heavens for the whole of mankind.  Imaam al-Juwaynee, may Allaah have mercy upon him used to say,

“And know, without any doubt at all, that he (sallaahu alaiyhi wasalam) used to have present in his noble gatherings the Scholar and the ignorant person, the one with sharp intelligence and the not so sharply intelligent, the Arab and the non-Arab.”  (Risalah Ithbaatul-Istiwaa wal-Fawqiyyah, pp. 176-183, abridged, which is part of Majmoo Rasaa’iI lil-Muneeriyyah)

“There was not any Prophet before me except that it was a duty upon him to direct his nation to every good he knew for them and to warn them from every evil he knew for them.” (Reported by Muslim in his Sahih)

So we have established that the Messenger of Allaah (sallaahu alaiyhi wasalam) did not leave any leaves unturned except that he explained the entire deen to us, the commandments and the prohibitions, the good and the evil, the benefits and the harm.

The Sahaabah (May Allaah be Pleased with Them All) spent their lives around the Messenger of Allaah (sallaahu alaiyhi wasalam) from the testing times of the Hijra to Madina, through to the conquest of Makkah.  They lived with him and they ate with him, they shed tears with him and they shed blood with him.  They were firm upon the Book and the Sunnah as ‘Urwah ibn Mas’ood (RadhiAllaahu Anhu) said to the Quraysh,

“O people, by Allaah I have visited kings. I went to Caesar, Chosroes and the Negus, but by Allaah I never saw a king whose companions venerated him as much as the companions of Muhammad venerated Muhammad (salallaahu ‘alaihi wa sallam). By Allaah, whenever he spat, it never fell on the ground, it fell intothe hand of one his companions, then they wiped their faces and skins with it. If he instructed them to do something, they would hasten to do as he commanded. When he did wudoo’, they would almost fight over his water. When he spoke, they would lower their voices in his presence; and they did not stare at him out of respect for him.” (Reported by Bukhaari in his Sahih, 3/178, no. 2731, 2732; al-Fath, 5/388)

After reflecting upon this narration are we to believe that the rabid Neo Jahmi Asrar Rashid As Soofee practices an affair that was not known or practiced by the best three generations of mankind?  Or is it the case that Allaah swa left the addition of such vital mawlid celebrations to the Asraars and the Saaqibs, the Nabeels and the Shaqeels of the 14th Century as they would have us believe!

There are countless narrations which prohibit all innovation that we have bought forward time and time again. However on this occasion I have only bought only one narration which will suffice for seekers of the truth inshah’Allaah.

“Follow and do not innovate, because what you have inherited is sufficient for you, and every innovation is an error”  (Reported by Ad-Dârimi in his “Sunan” (hadith 209), At-Tabarâni in “Al-Kabîr” (hadith 8770), Al-Bayhaqi in “Shu`ab Al-Îmân” (hadith 2216). Al-Haythami said in “Majma`Az-Zawâ’id” (1/434): “It is narrated by At-Tabarâni in “Al-Kabîr”, and the men who narrated it are mentioned in the “Sahîh” of Al-Bukhâri and that of Muslim”. It is also reported by Al-Lâlakâ’i in “Sharh Ussûl Al-I`tiqâd” (1/96) and judged authentic by Al-Albâni in his revision for “Islâh Al-Masaajid” (12))

Yet this self proclaimed rabid dog Asrar Rashid As Soofee Jahmi ceases to stop barking about the false concept of bid’ah hasanah.  When questioned about his evidence he hangs on to his own personal twisted ta’weel of the hadeeth of Umar (RadhiAllaahu Anhu) which the Ulama and those who preceded us in righteousness have clarified time and time again.

Let us clarify the position of the Scholars in regards to bid’ah again for you, being the rabid dog that you are you have been barking up the wrong tree,

And Imaam Al-Bayhaqi attests to this when he reports from al-Shafi’ee that he said:

“Newly-invented matters are of two types: The first of them is what opposes the Book, or the Sunnah, or a narration [from the Companions], or the consensus – this is the misguided innovation. And the second is what has been introduced of goodness and there is not a single scholar who opposes it. This is newly-introduced yet not blameworthy and Umar (radiallaahu anhu) had said about the qiyam (al-layl) in the month of Ramadan, “What an excellent innovation this is,” meaning, that it is newly-introduced and was not previously done.” (Manaaqib al-Shafi’ee 1/469)

We can see that bid’ah lughawiyyah (linguistic bid’ah) is that which has a basis in the Shariah and was initially legislated by the Messenger of Allaah (sallaahu alaiyhi wasalam).   This was the case at the time of Umar (RadhiAllaahu Anhu) when the people started praying the taraweeh in congregation again.  We know that the taraweeh was a Sunnah as the Prophet (sallaahu alaiyhi wasalam),

“Led his companions in praying for three nights, and on the third or fourth night he did not lead them, and he said: ‘I am afraid that it may be made obligatory upon you.’” (Reported by Bukhaari in his Sahih, 872)

If you use this as an evidence for bid’ah hasanah then where is the newly invented matter that Umar (RadhiAllaahu Anhu) was approving of, as the taraweeh was already legislated before?!!!

Shaykh al-Islam Ibn Taymiyah (ra) said, when refuting the view of those who quoted ‘Umar’ (RadhiAllaahu Anhu) words “What a good innovation this is” as meaning that innovation (bid’ah) is permissible:

When you read this with a clear heart you will come to see the truth about the fallacy of bid’ah hasanah but there will be those who will continue to bark and reject the narrations.

And Allaah the Most High says,

“And when it is said to them, “Follow what Allaah has revealed,” they say, “Rather, we will follow that which we found our fathers doing.” Even though their fathers understood nothing, nor were they guided?” (al-Baqarah: 170)

So we have established once again that Mawlid is not from the Quran or the Sunnah, nor is it a praiseworthy innovation (as per the correct understanding highlighted above) that has a basis in the shariah.  So let us close the chapter on this act of the people of the fire and silence the barking dog that is Asraar Rasheed the Kulaabi Jahmi.

If you are wondering why we keep calling him a dog it is because of his saying in his talk “I, as a dog” (refer to his video on you tube).  So Asrar, being the self proclaimed dog of Madina, just remember before you think about entering the Haram,

“Allaah’s Apostle said “Five kinds of animals are harmful and could be killed in the Haram (Sanctuary). These are: the crow, the kite, the scorpion, the mouse and the rabid dog.”” (Narrated by Aisha (RadhiAllaahu Anha): Sahih al Bukhaari: The Book of Penalty of Hunting While on Pilgrimage: No. 1717)

And in regards to ‘Ala Hazrat’ then taking into consideration his genetic predisposition, as the Lion of Ahlus Sunnah Wal Jamaah Ehsan Elahi Zaheer (Rahimahullah) writes about Ahmad Ridda in his refutation of the Bareilwiyyah,

“His colour was extensively black.  His opponents often used to taunt him because of the blackness of his face.  One of the books written in his opposition was named “The Dirt on The Black Liars Face” (by (Maulana Murtaza Hasan Deobandi)”

Even ‘Ala Hazrats’ nephew attested to this,

“In the beginning of his life his colour was dark wheatish.  But the continuous work and toil had removed the brightness and lustre from his colour” (Alaa Hazrat by Bastawi page 20)

Then in light of this information we should keep in mind the rights of the black dog as the Prophet (sallaahu alaiyhi wasalam) said:

“Were dogs not a species of creature I should command that they all be killed; but kill every pure black one” (Narrated Abdullah ibn Mughaffal (RadhiAllaahu Anhu): Sunan Abu-Dawud no.2839)

“I wish I could meet my brothers. So the Companions of the Prophet (s) said: Are we not your brothers? He (s) said: You are my companions but my brothers will be those who believed in me while they have not seen me.” (Narrated by Imam Ahmad)

In response to your empty challenges, then it is as Imam Shafi’i (Rahimullah) said

“Dont you see that the lion, is quiet but yet it is still feared; whilst the dog barks constantly but is despised.” (Diwan al-Imaam ash-Shafi’i: Beirut: al-Kutub al-‘ilmiya, 1988, p. 47)