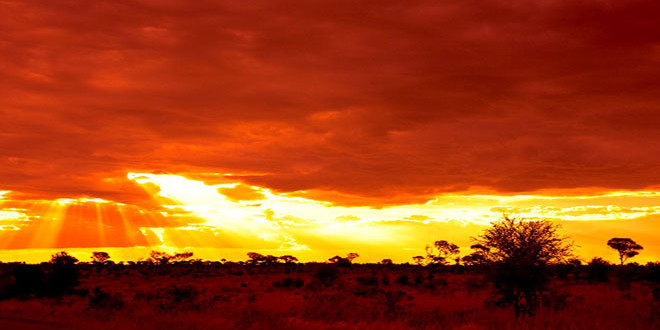 Shaykh Umar Fullatah may Allah have mercy upon him said:

I say: Eesa (Jesus) the son of Maryam; Allah created him from a mother and he does not have a father. Similarly Allah created Adam without a father or a mother. And likewise Allah created Hawwa (Eve) with a father and no mother. Thus the affair is not strange. Allah said in His glorious Book:

Our father Adam—peace be upon him—Allah created him from soil, from sounding clay like the clay of pottery, from an adhesive soil. After that Allah ordered that a soul be blown into him with the statement, ‘Be’. Thus Adam was.

Where is the mother of Adam? Where is the father of Adam? The father of mankind—Adam—does not have a father or a mother. Thus the All-Knowing, the Most Great, the All-Mighty, the All-Wise, the One who does whatever He wants and chooses, created Adam without a mother or a father. And the affair is not like Darwin (upon him is the curse of Allah) says; the theory of Darwin which states the origin of mankind is from monkeys, and they evolved. The theory of evolution, says that monkeys evolved through stages until it became Adam. And that Adam is not from soil but rather he is an animal who evolved.

And Allah the Exalted said:

As for Hawwa (Eve); Allah created her from a rib from Adam. She does not have a mother while she has a father. Thus Allah the Exalted wanted to create Eesa (Jesus) so He created him from a mother, and she is the virgin Maryam, the untouched; may the best prayers and peace be upon her and upon our Prophet.

She is Maryam the daughter of Imraan, the one whom Allah described with His statement:

In this is a testimony from the Creator, the Exalted, that she surely guarded her chastity and she was not a lewd woman, peace be upon her.

Her father was a righteous man, a worshipper. Her mother became pregnant with her, meaning with Maryam, so she dedicated her to the service of Allah. (Her intent was) if Allah blessed her with a son, she would dedicate this son to the Masjid, worship and the obedience of Allah. But Allah decreed the mother of Maryam was to give birth to Maryam; a girl and not a boy who would take care of the affairs of the Masjid and worship Allah in the Masjid.

Thus when she gave birth to a girl she wanted an excuse with Allah, she said:

Then when she delivered her [child Maryam], she said: “O my Lord! I have delivered a female child,” – and Allah knew better what she delivered, – “And the male is not like the female, and I have named her Maryam, and I seek refuge with You (Allah) for her and for her offspring from Satan, the outcast.” (Soorah Aali Imraan 3:36)

So her Lord accepted her with good acceptance and caused her to grow in a good manner and put her in the care of Zakariya. Every time Zakariya entered upon her in the prayer chamber, he found with her provision. He said, “O Maryam, from where is this [coming] to you?” She said, “It is from Allah. Indeed, Allah provides for whom He wills without account.” (Soorah Aali Imraan 3:37)

Yusuf the carpenter asked for her hand in marriage, and he was from her relatives. He desired to marry her. And she was righteous; dedicated to her prayer area, dedicated to obedience to Allah and worship. The entire community of that time period testified to her righteousness and piety. And for this reason when she became pregnant (they said to her)

Verily this boy was a miracle from Allah the Exalted. Allah wanted for her to have this son, so an angel came to her. The angel informed her that Allah had sent him to her.

(To announce) to you the gift of a righteous son (Soorah Maryam 19:19)

And it is from the way of Allah the Exalted that the child is not born except by two parents, between a husband and a wife, man and a woman. He (the angel) informed her that this is what Allah wanted.

She said: “Verily! I seek refuge with the Most Beneficent (Allah) from you, if you do fear Allah.” (Soorah Maryam 19:18)

And I remind you and I say to you, this affair is not strange. Because Allah created Adam peace be upon him, without a father or a mother, and we are all offspring of Adam, peace be upon him. This because Adam is the father of all mankind, except for those who follow the Darwin theory of evolution, so if they are not the children of Adam then they are the offspring of monkeys. But as for us, then we are the offspring of Adam; the one who Allah created with His Hands. And Allah breathed a soul into him. And Allah caused him to live in paradise, and Allah created from his rib Hawwa (Eve). After He entered them into paradise He forbade them to eat from the tree. When they ate from the tree He expelled them down to the earth. Thus this has been the linage since Allah created Adam and Hawwa up until this day of ours, and until Allah inherits the earth and all those upon it. 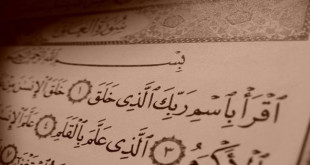 The Transmission of the Quran by Hafs bin Sulayman – Debunking the Distortions of the YouTube Video “100% Proof the Quran is False!”