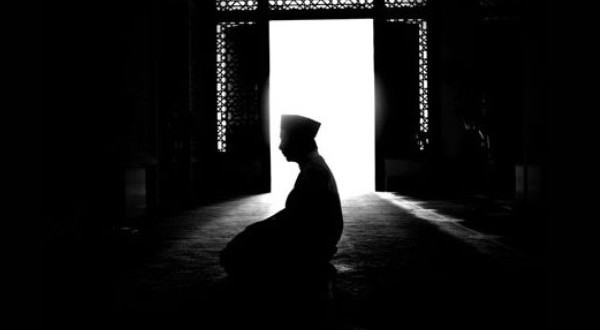 When the Messenger of Allaah  had completed his recitation of Surah Fatiha he would say: ‘Ameen’ raising his voice and he would elongate it.

He would command those praying behind him to say Ameen loudly just after the Imam said it.

The Prophet  would say: ‘If the Imam recites: << not of those who have evoked [Your] anger or of those who are astray. >>  then say: ‘Ameen, for verily the Angels sayAmeen and verily the Imam says Ameen,’

In another Hadeeth: ‘Say Ameen and Allah will love you.’

And the Messenger of Allaah  also said: ‘The Jews do not envy you about anything more than they envy you of saying Salaamu alaykum (salutations) to each other and saying Ameen behind the Imam’

This chapter of saying Ameen has a few issues, which will be discussed below.

The linguistic meaning of ‘Ameen’ is ‘O Allaah respond / answer.’

So when one who prays behind the Imam hears the Imam recite Surah Fatiha and reaches the part that says: << not of those who have evoked [Your] anger or of those who are astray. >>  Then it is the Sunnah for him to say Ameen after this, as the Messenger of Allaah would say. This is due to the general statement of the saying of the Prophet : ‘Pray as you have seen me praying.’

The scholars -may Allaah have mercy upon them- have mentioned that this is the point at which the saying of the word ‘Ameen’ of both the Imam and those following him coincide.

I asked Shaykh Al-Albaani -may Allaah have mercy on him- during his visit to the Kingdom in the year 1410 A.H. regarding the matter of the Imam saying Ameen and those who follow him, and the Shaykh -may Allaah have mercy on him- said that it is upon those who are following the prayer to say Ameen just after the Imam, to the count of one or two letters, as the saying of Ameen will then be after the Imam and they will join in saying some of the letters of the word. Therefore, if the Imam saysAmeen then those following say it in order for some of the letters of the word to coincide with one another, and at the same time the Imam will precede in one or two letters of the word. Thus in this manner the Imam saying Ameen and the followers will coincide in some of the letters and the end result will be that the saying of Ameen by the follower will be just after the Ameen of the Imam.

The virtue of saying ‘Ameen’. The author -may Allaah have mercy on him- mentions from the Messenger , that if the Imam says Ameen and the Angels say Ameen and those following say Ameen, and they coincide with one another Allaah will forgive them all their previous sins.

Another virtue is that Allaah –Subhanahu wa Ta’ala– answers your saying of the word ‘Ameen’ because it means ‘O Allaah answer \ respond.’

The third virtue is what the Messenger  mentioned in his saying: ‘The Jews do not envy you about anything more than they envy you of saying Salaamu alaykum(salutations) to each other and saying Ameen behind the Imam.’

This is why it is incumbent upon us, to ensure we say Ameen.

And this summons the presence of the heart and humility of the soul and the body whilst in prayer behind the Imam, and Allah knows best.

I would like to bring to attention that which is relevant to this discussion of saying ‘Ameen’, which is, once one is aware of the meaning of the word ‘Ameen’, (O Allaah answer or O Allaah). Some people, whilst the Imam reads Qunoot and Exalts Allaah, Praises Him –Subhanahu wa Ta’ala– and glorifies Him, stop saying ‘Ameen’, replacing it by saying ‘Subhanak’ (Glory be to You) or similar words. This clearly opposes the Sunnah as the word ‘Ameen’ is sufficient for all supplication regardless of whether it isDua’ praising Allaah Ta’ala or Dua’ of asking from Him or declaring Allaah’s Majesty and Greatness.