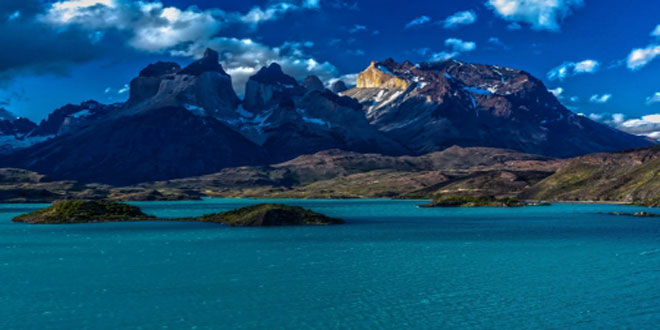 His Name, Lineage and Birth:
He is Saalih bin Fawzaan bin ‘Abdillaah Aali Fawzaan from the people of Shamaasiyyah from the tribe of Dawaasir. He was born in 1354H.

His Upbringing and Education:
His father passed away while he was young. So he was brought up in his household and learned the noble Qur’aan. He also learned the basics of reading and writing at the hands of the Imaam of the local town’s masjid.

His Advanced Studies:
He achieved his Masters Degree in the subject of Fiqh

He obtained his Doctorates Degree also in Fiqh. He received both of these degrees from the College of Sharee’ah.

The Positions he was Given and Some of his Duties:
He was appointed a primary school teacher in 1372H before he joined the educational institute in Buraidah.

He was appointed a teacher in the educational institute in Riyadh after graduating from the College of Sharee’ah.

Then he taught at the advanced institute of judicial education, and later became a director there in 1396H.

He then went back to teaching there one more time after his scheduled period of administration came to an end.

He was then appointed to the Council of Senior Scholars in 1407H.

After this, he was appointed a member of the Permanent Committee of Educational Research and Religious Verdicts in 1411H.

He is also still a member of the Fiqh Assembly of Makkah which falls under the World Muslim League.

He was a former member of the Supervisory Council for Callers during Hajj.

Currently, he serves as an Imaam, khateeb and teacher at the Prince Mutýib bin ýAbdil-ýAzeez Central Mosque in Malaz, Riyadh.

He also participates in answering questions on the Saudi radio program ‘Noor ‘alaad-Darb’ (Light upon the Path). He also has a scheduled participation on the committee of research, studies, letters and verdicts in educational magazines as well.

He, may Allaah preserve him, also supervises many of the scholastic essays submitted by students for their Masters and Doctorates degrees. Numerous students of knowledge who attend his frequent educational classes and gatherings have studied under him ý myself being one of them ý and I am proud and pleased with that ý Jamaal.

His Teachers:
The Shaikh sought knowledge at the hands of numerous well-known scholars and judges. Amongst the most famous of them was Shaikh Abdul-Azeez bin Baaz, may Allaah have mercy on him. He would praise and hold great esteem for our Shaikh, and he would rely on him in important matters. He would send him some books for him to review and comment on.

Also among his teachers was Shaikh Abdullaah bin Humaid, may Allaah have mercy on him. He would attend many of his lessons in the Central Mosque of Buraidah during the time that he was a student in the educational institute there.

He also learned from Shaikh Muhammad Al-Ameen Ash-Shanqeetee, may Allaah have mercy on him.

He also learned from Shaikh Abdur-Razzaaq Al-Afeefee, may Allaah have mercy on him.

His teachers also include Shaikh Hamood bin Sulaymaan At-Talaal who was the Imaam of the masjid in the town that he grew up in. He, i.e. Shaikh Hamood, may Allaah preserve him, was then appointed a judge after that in the town of Dariyyah in the district of Qaseem. Shaikh Saalih Al-Fawzaan had learned the basics of reading and writing from him.

Then he learned under Shaikh Ibraaheem bin Daifillaah Al-Yoosuf at the time he was a teacher in the Shamaasiyyah School.

His Books:
The Shaikh has written numerous books, the most famous of which are:

4. Sharh al-Aqeedat-il-Waasitiyyah (The Explanation of The Waasitee Creed) in one volume

8. Min A’laam-il-Mujaddideen fil-Islaam (Some of the Distinguished Revivers of Islaam)

10. Majmoo Fataawaa fil-Aqeedah wal-Fiqh (A Collection of Verdicts on Creed and Jurisprudence) in five volumes [1]

13. Ianat-ul-Mustafeed Sharh Kitaab-ut-Tawheed  This is a more comprehensive explanation in two volumes.

16. Ittihaaf Ahlil-Eemaan bi-Duroos Shahri Ramadaan (Presenting the People of Faith with Lessons for the Month of Ramadaan)

18. Bayaan maa yaf’aluhu Al-Haaj wal-Mu’tamir (A Clarification of what a Person on Hajj and Umrah must do)

19. ‘Aqeedat-ut-Tawheed (The Belief in Monotheism)  The source for this book was a curriculum for the secondary level of the ministry of education.

22. Al-Ajwibat-ul-Mufeedah an As’ilat-il-Manaahij al-Jadeedah (Beneficial Answers to Questions on Innovated Methodologies) This is the book before us. [2]

He has also written several other books not mentioned here which are under print. [3]

He also plays a large role in guiding the youth and warning them from movements that have deviated from the correct methodology. Thus, the innovator and misguided are suppressed by him and many people are guided to the truth.

So may Allaah reward him with much good on our behalf and on behalf of the Muslims, and may He make his deeds sincerely for His Noble Face, and allow them to be placed on his scale of good deeds on the Day of Judgement.

[1] Translatorýs Note: These are questions and answers that were transcribed from the radio program ‘Noor ‘alaad-Darb’

[2] Translatorýs Note: In the introduction to this book, Shaikh Saalih Al-Fawzaan says: ‘All praise be to Allaah. To proceed: I permit Shaikh Jamaal bin Furayhaan Al-Haarithee to republish the book ýBeneficial Answers to Questions on Innovated Methodologies’, which he compiled from my responses to students’ questions during my lessons.

[3] Translator’s Note: This includes his explanations for many of the books on Creed, which he gave as lessons and were later transcribed and published. These include such titles as Sharh Masaa’il-ul-Jaahiliyyah (An Explanation of Aspects of the Days of Ignorance), published by Al-Ibaanah in 2005; Sharh Lum’at-il-‘Itiqaad (Explanation of Sufficiency in Creed), Sharh Al-Qawaaýid al-Arba’ (Explanation of the Four Rules) and more.