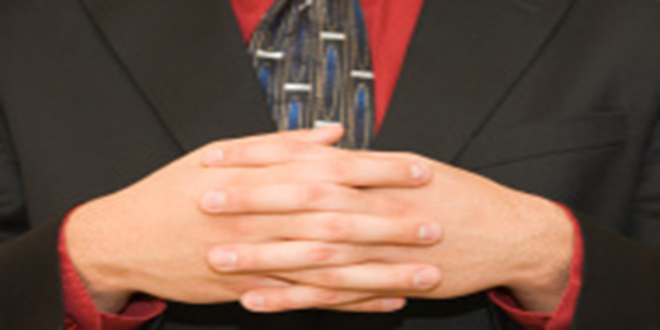 Understanding the Ahadith about Interlocking the Fingers

On the authority of Abu Hurairah RadiAllahu Anhu the Messenger of Allah Sallalalhu alayhi Wasallam said, “Whenever one of you performs wudu for Salah, he should not do tashbik with his fingers (after he has completed the wudu) (al-Sahihah no.1294, transmitted Tabarani in al-Awsth (1:4-5).

Another hadith as narrated by Abu Sa’id al-Khudri RadiAllahu Anhu said, “When one of you is in the masjid, do not do tashbik for verily tashbik is from the Shaytan.” (Musnad Ahmad (3:43).

Isma’ll b. Umayyah said, “I asked about a man who intertwines his fingers while he is engaged in prayer. He said that Ibn ‘Umar had said: This is the prayer of those who earn the anger of Allah.” (Abu Dawud no.993) Shaikh al-Albani graded its chain to be authentic (Irwa 2:103)

Abu Thumamah al-Hannat said that Ka’b ibn Ujrah met him while he was going to the mosque; one of the two (companions) met his companion (on his way to the mosque) And he met crossing the fingers of my both hands. He prohibited me to do so, and said: The Messenger of Allah (Sallalahu Alayhi Wasallam) has said: If any of you performs ablution, and performs his ablution perfectly, and then goes out intending for the mosque, he should not cross the fingers of his hand because he is already in prayer. (Abu Dawud (no.562), Sahih Abi Dawud (1:168 no.562), Ibn Majah (no.967)

Imam Bukhari established the following chapter heading in his Sahih, “Chapter on interlocking the fingers in the Masjid and elsewhere”

In the following hadith the Messenger of Allah (Sallalahu Alayhi Wasallam) said to Abdullah Ibn Amr al-Aas (RadhiAllahu Anhu), “O Abdullah bin Amr! What will be your condition when you will be left with the of (worst) people?” (and he indicated by interlocking the fingers of his two hands). (Bukhari no.480)

On the authority of Abu Musa al-Ash’ari (RadhiAllahu Anhu) who narrates the Messenger of Allah (Sallalahu Alayhi Wasallam) said, “A faithful believer to a faithful believer is like the bricks of a wall, enforcing each other.” While (saying that) the Prophet (ﷺ) clasped his hands, by interlocking his fingers.” (Bukhari no.481)

Another hadith in this regard is the long hadith of Abu Hurayrah RadhiAllahu Anhu about the story of Dhul Yadayn, it mentions the Messenger of Allah Sallalahu Alayhi Wasallam, “went and stood by a piece of wood that was set up in the masjid, and leaned against it as if he was angry, and he placed his right hand on his left and interlocked his fingers…” (Bukhari no.482, Muslim no.573)

Imam Bukhari brings this ahadith to show the permissibility of clasping the hands and interlocking the the fingers. The prohibition is because this is ie interlocking of the fingers a futile and useless act. However, there is no harm if there is a specific reason for a person to do this as in the hadith above the Messenger of Allah (Sallalahu Alayhi Wasallam) used the interlocking of his fingers to illustrate or explain a particular point.

Hafiz Ibn Hajr has explained despite one of the narration being in note form, Ibrahim Harbi has cited a continuous chain for it in his Gharib al-Hadith. Imam Bukhari’s intent in establishing this chapter heading is to elucidate and show the permissibility of clasping the hands and interlocking the fingers. As for the ahadith which mention prohibition of interlocking the fingers they are specific and in relation to the prayer or whilst preparing for the prayer and or most of them are not even authentic. (Fath al-Bari (1:565)

Hafiz Ibn Hajr further said whilst reconciling between these ahadith, the ones cited above and the ones that mention the prohibition, that “al-Isma’ili reconciled between them by noting that the prohibition is limited to when one is in prayer or is intending to pray, because the one who is waiting for the prayer comes under the same ruling as one who is praying… Then al-Haafiz said: The report which says that this is forbidden so long as one is in the mosque is da’eef (weak) as we have stated above.” (Fath al-Bari (1:565)

Some people whilst in a state of prayer may interlock their fingers in an attempt to crack them. This is unnecessary movement and a distraction from concentrating on the prayer. It was narrated by Shu’bah that he said, “I prayed beside Ibn Abbas and cracked my fingers. When the prayer finished, he said, “May your mother lose you! You crack your fingers when you are in prayer?” (Ibn Abi Shaybah (2:344). Shaikh al-Albani said in Irwa al-Ghalil (2:99), its chain is Hasan.)

There is another report in which is very weak according to Shaikh al-Albani in Ibn Majah (no.965) that Ali (RadhiAllahu Anhu) narrates the Messenger of Allah (Sallalahu Alayhi Wasallam) said, “Do not crack your fingers during the prayer.” (Irwa ul-Ghalil (2:99 no.367) al-Bawsiri declared a narrator in the chain to weak. (al-Zawa’id (1:63). Shaikh al-Albani follows this with another narration from Mu’adh bin Anas (Ahmad (3:438), Daraqutni (no.64), Baihaqi (2:289) who said one of the narrators was not strong.

Shaikh Shams ul-Haq Azimabadi also offers similar explanations and alludes to the fact that there are no contradictions in the aforementioned narrations. He cites further ahadith from Ibn Hibban in the prohibition of interlocking the fingers whilst on the way to the masjid to prayer. He also cites a narration from Hakim from Abu Hurairah (RadhiAllahu Anhu) who said the Messenger of Allah (Sallalahu Alayhi Wasallam) when one of you performs wudu in his house and then he comes to the masjid, he is in a state of prayer up until he returns and he should not interlock his fingers. Hakim said the hadith is authentic on the conditions of the two Shaikhs. He goes onto cite another narration from Ibn Abi Shaybah’s Musannaf, that the Messenger of Allah (Sallalahu Alayhi Wasallam) said when one of you prays, he should not interlock his fingers for verily interlocking the fingers is from Shaytan.

Shaikh Shams ul-Haq goes onto say The Hadith of Ka’b has been authenticated by Ibn Khuzaimah and Ibn Hibban and that some scholars have differed over the authenticity of its chains and have thus rendered it to be weak. They (the scholars of hadith) have said there is no contradiction between these ahadith. They are understood to mean that a person is not to interlock their fingers after wudu and whilst on their way to the masjid to pray or whilst praying. The hadith of Abu Hurairah (RadhiAllahu Anhu) in Sahih al-Bukhari refers to after the prayer and not during the prayer or from the time leading to the prayer. He then goes onto to cite the view of Ibn al-Munir, al-Ayni and al-Khattabi. (Au’n al-Ma’bud Sharh Sunan Abi Dawud (2:188-190 no.558)