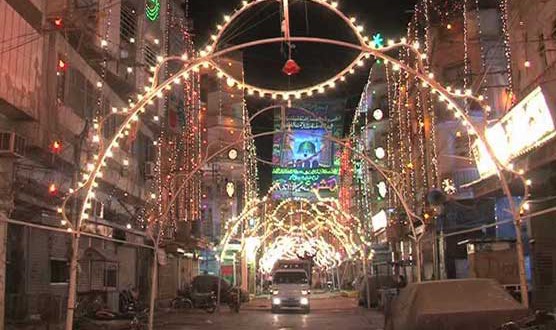 This celebrating of the Mawlid was not present among the Sahabah (رضي الله عنهم) nor among the Tabi’een (Followers, the generation after the Companions of the Prophet صلى الله عليه و سلم) and the Atba’ut-Tabi’een. It wasn’t present for a whole three hundred years. Rather it was introduced during the fourth century and the ones who introduced it were the ‘Ubaydiyyun who ruled Egypt at that time. So what then is the basis for this celebration? It is imitating the Christians, because the Christians celebrate the birthday of ‘Isa (عليه السلام) so we therefore have to celebrate the birthday of Muhammad (صلى الله عليه و سلم). Hence those who introduced it were the ‘Ubaydiyyun and the basis for it is imitating the Christians.

And it is well known that all goodness lies in what the Messenger (صلى الله عليه و سلم) and his companions (رضي الله عنهم) were upon. And the Messenger (صلى الله عليه و سلم) did not direct towards that and he didn’t do it, nor the rightly guided caliphs, and neither did it emanate from the companions, the Tabi’een and the Atba’ut-Tabi’een. It is rather to be found in the fourth century and that is the reason why there is nothing in the books which were authored in the first three centuries indicating the permissibility of celebrating the Mawlids. There is nothing indicating that the people used to celebrate, order with celebrating and that they would practice that. It was not present for a whole three hundred years.

And what is well known is that all goodness lies in following those who have preceded (the Salaf). The love of the Messenger (صلى الله عليه و سلم) has to be in in the hearts the strongest love for the beloved but in accordance with his (صلى الله عليه و سلم) Sunnah. And there is nothing in his Sunnah nor in the actions of the Salaf us-Salih (pious predecessors) who are the Sahabah and those who follow their path in that regard. Thus all goodness lies in the person following the Sunan and he has to be cautious not to fall into the newly invented and innovated affairs. Because it is obligatory that a person is a follower, like the poet says:

“All goodness lies in following those who have preceded (the Salaf) and all evil lies in the innovations introduced by those who came later (the Khalaf).”