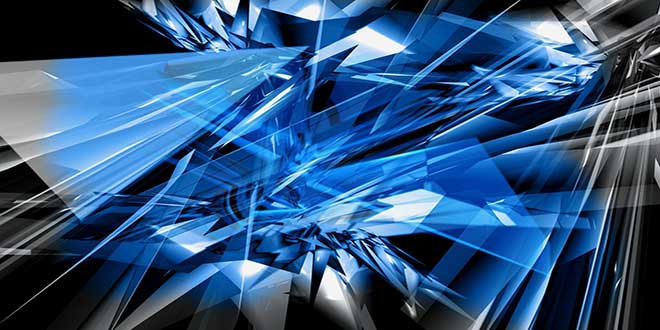 The Types of Tawheed & Their Correct Understanding

Now that we know the Message of the Prophets was Tawheed and how important it is, it naturally follows to know the types of Tawheed and their correct understanding.

Most of the Muslims are unaware of the reality of Tawheed and what it actually entails hence they are ignorant of the categories of tawheed and therefore indulge in acts of shirk and fall short in their belief in Allah. Tawheed linguistically means to single out/separate and in the context of Sharee’ah it means to single out Allah and worship him alone and not to associate any partners with him. Believing in Allah is to have the Aqeedah that Allah alone is the lord and creator of everything, he is the owner and master of everything, so he is the one who is entitled to be worshipped and nothing be associated with him. The prayers, fasting, supplications, seeking help, fear home, humility, awe are all of the rights of Allah alone. So prayer or fasting, seeking help or supplicating or having inner fear of anything else or hoping from anyone else is impermissible and believing in this is shirk. Furthermore, he is attributed with all the good and lofty attributes and he is free of any defect or deficiencies. By believing in all of this it separates tawheed into 3 categories: Tawheed ar-Ruboobiyyah, Tawheed al-Uloohiyyah wal-Ebaadah and Tawheed Al-Asmaa was-sifaat.

“Indeed your Lord is Allah, Who created the heavens and the earth in Six Days, and then He Istawa (rose over) the Throne (really in a manner that suits His Majesty). He brings the night as a cover over the day, seeking it rapidly, and (He created) the sun, the moon, the stars subjected to His Command. Surely, His is the Creation and Commandment. Blessed be Allah, the Lord of the ‘Alamin (mankind, jinns and all that exists)!” (Soorah Al-A’raaf 7:54)

“Or were they created by nothing, or were they the creators [of themselves]?” (Soorah Toor 52:35)

The mushrikeen pagans/polytheists believed in this but this did not make them enter Islaam. A question of great importance here is why were they not Muslims or enter Islaam because they believed in Allah being the creator.  Allah says,

“And if you asked them who created them, they would surely say, “Allah.” So how are they deluded?” (Soorah az-Zukhruf 43:87)

And they would believe in all of the points of Ruboobiyyah. Allah the most high says,

“Say, “Who provides for you from the heaven and the earth? Or who controls hearing and sight and who brings the living out of the dead and brings the dead out of the living and who arranges [every] matter?” They will say, “Allah,” so say, “Then will you not fear Him?”” (Soorah Yunus 10:31)

Tawheed ar-Ruboobiyyah is the foundation of the other aspects of Tawheed so when this established Allah is the master and creator then by default it follows he alone is worthy to be worshipped. It was this problem which did not allow the mushriks (polytheists) to enter Islaam and it is this problem the common muslims are failing in today.  Allah the Most High says,

“And most of them believe not in Allah except while they associate others with Him” (Soorah Yusuf 12:106)

Meaning they believe in Allah as the creator, the provider the one who gives life and death but they worshipped other deities so they believed in Allah but they were still polytheists.

This is to single out Allah alone in worship. It has been mentioned before the polytheists believed in Tawheed ar-Ruboobiyyah but they never worshipped Allah alone. So all of our worship should be directed to Allah alone. So our prayers, fasts, sacrifice, and seeking help should all be singled out for Allah alone. No one other than Allah should be called upon, not his prophets, his angels or the righteous or holy people. So if you are directing any form of worship  to anyone other than Allah then you are committing shirk hence a mushrik and you will be expelling yourself outside the fold of Islaam. Allah said, Say,

“Indeed, my prayer, my rites of sacrifice, my living and my dying are for Allah , Lord of the worlds.” (Soorah al-A’naam 6:162)

“And whoever invokes besides Allah another deity for which he has no proof – then his account is only  with his Lord. Indeed, the disbelievers will not succeed.” (Soorah al-Mu’minoon 23:117)

And it was Tawheed al-Uloohiyyah concerning which the prophets and Messengers argued and fought with the polytheists as they would say we believe in the one all master and creator but they would associate false deities in the worship of Allah and they would say,

“Unquestionably, for Allah is the pure religion. And those who take protectors besides Him [say], “We only worship them that they may bring us nearer to Allah in position.” Indeed, Allah will judge between them concerning that over which they differ. Indeed, Allah does not guide he who is a liar and [confirmed] disbeliever.” (Soorah az-Zumar 39:3)

Hence the Prophet and messengers were sent to call to the pure tawheed. Allah the most high said,

“And We sent not before you any messenger except that We revealed to him that, “There is no deity except Me, so worship Me.” (Soorah al-Anbiyaa 21:25)

And the polytheists of olden times were a lot better than the mushrik (poytheists) of the current time as in the past even at times of calamities they would call on Allah. Allah says,

“And when they board a ship, they supplicate Allah, sincere to Him in religion. But when He delivers them to the land, at once they associate others with Him” (Soorah al-Ankaboot 29:65)

Whereas the mushriks of today even if they are on their death beds they call upon other than Allah thus proving to be worse than the mushrikeen of the past. The current day Muslims oppress Allah’s worship so much so that they go to the graves of people asking them for help, sacrificing in their name, organizing gatherings of songs and dances on the anniversaries of holy saints hoping to receive reward and their intercession They spend days at holy tombs like the shirk infested sites of Dhata Darbar, the grave of Ali Hujwairee, kissing the graves and sacrificing food for them and they try to eat the soil and sand around the graves of these holy people believing it to be blessed. They bow and prostrate to these graves and holy shrines and even offer prayers towards them.

Sometimes they circumbulate these graves just as we do tawaaf of the house of Allah and they ask the inhabitants of the graves for help by pleading to them  for their aid and assistance and all of this is shirk and the worst crime. These people are so misguided and ignorant that they are in the grave depths darkness in  committing the biggest crime and sin a man could ever commit. May Allaah save us. Ameen

“And who is more astray than he who invokes besides Allah those who will not respond to him until the Day of Resurrection, and they, of their invocation, are unaware. And when the people are gathered [that Day], they [who were invoked] will be enemies to them, and they will be deniers of their worship.” (Soorah Ahqaf 46:5-6)

Allah says these people are not capable of helping themselves let alone helping you.

To believe in the names and attributes of Allah as has been mentioned in the Qu’ran and the Sunnah of the Messenger of Allah. So we take these attributes as they are without Tahreef (distortion) and we also accept the attributes by knowing their meaning. Nor should we do Ta’weel (figuratively explain them), nor should we give them Tashbeeh (resemblance) to the creation nor mention examples as Allah said,

“There is nothing like unto Him, and He is the Hearing, the Seeing.” (Soorah ash-Shuraa 42:11)

So it is obligatory on a Muslim to mention the attributes just as Allah and His Messenger mentioned them without any addition or omission as Allah said,

“And (all) the Most Beautiful Names belong to Allah, so call on Him by them, and leave the company of those who belie or deny (or utter impious speech against) His Names. They will be requited for what they used to do.” (Soorah al-A’raaf 7:180)

And those who disbelieve in Allah’s names and attributes they are disbelievers as Allah said, “Thus have We sent you to a community before which [other] communities have passed on so you might recite to them that which We revealed to you, while they disbelieve in the Most Merciful. Say,

“The Most Beneficent (Allah) Istawa (rose over) the (Mighty) Throne (in a manner that suits His Majesty).” (Soorah TaHa 20:5)

The methodology of Ahlus Sunnah wal-Jamaa’ah from the Salaf us-Saaleh and those who follow them, is to affirm the Names and Attributes of Allah as they have been reported in the Book and the Sunnah. Their methodology is built upon the following principles:

1.  They affirm the Names and Attributes of Allah as reported in the Book and the Sunnah with the apparent meaning indicated by the words. They do not interpret them with other than apparent meanings nor do they deny the meanings of the words and what they indicate.

2.   They negate any likeness of the Attributes of Allah to the attributes of the creation, as He, the Most High, says:

4.   They believe that the texts regarding the Names and Attributes are from the muhkam (clear, decisive verses), whose meaning and explanation is understood and that they are not from the mutashaabihaat (unclear). So they do not withhold from mentioning the meaning of the Attributes, as they have been accused by those who lie against them and those who are ignorant of their manhaj from amongst the current day writers.

5.  They withhold from mentioning how the Attributes of Allaah, and they do not go into these matters.