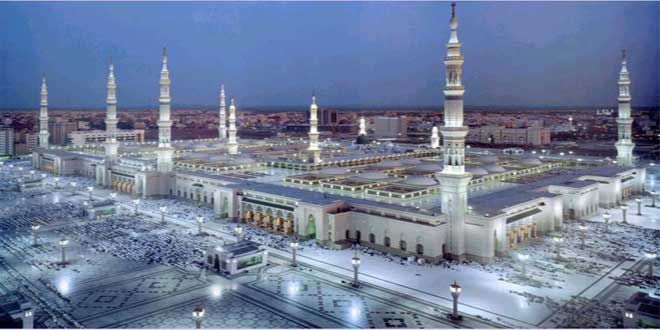 The Mawlid Papers Part 4 – Are the Celebrations of Mawlid of the Messenger of Allaah (Sallalahu Alayhee Wasallam) For his Birth or His Death? – Shaikh Muhammad Munir Qamar

We have already talked about the varying opinions of the scholars of Islaam in relation to the actual birth date of the Messenger of Allaah (Sallalahu Alayhee Wasallam) in Part 1 so,

The well known expert of astronomy from Egypt, Mr Mahmood Pashaa has established the following points in his book,‘at-Taqweem al-Arabee Qabl al-Islaam Waa Taareekh Milaad ar-Rasool Waa Hijrati’ based on his mathematical findings as well as numerous other factors. He said

“On the basis and in light of the event of the Elephants (of the army of Abraha) occurring on the Monday in the month of Rabee ul-Awwal and also on the basis of the Solar eclipse that occurred at the time of the death of the Prophets (Sallalahu Alayhee Wasallam) son, Ibraahim, the Prophets correct birth date corresponds to the 9th of Rabee ul-Awwal. With regards to the Christian Gregorian calendar this correlates to 20th of April 571ce which was on a Monday morning.”(Hadaa’iq al-Anwaar (1/29) printed with ‘at-Taqweem al-Arabee (pg.36-39)

(2) Using the principles of mathematics and calculating the time of the solar eclipse that occurred in 10 Hijree, this corresponds to the 7th of January 632ce at approximately 8.30 in the morning.

(3) This calculation also establishes that if we subtracts these 63 lunar years (from 632ce) we get 571ce which in specific relates to the 12th of April, which in turn correlates to the 1st of Rabee ul-Awwal.

(4) There are differences of opinion relating to the birth date of the Messenger of Allaah (Sallalahu Alayhee Wasallam) however what is universally agreed upon is that it was on a Monday in the Islamic month of Rabee ul-Awwal and this date is restricted between the 8th and 12th of Rabee ul-Awwal.

(5) In the month of Rabee ul-Awwal (in the year 571ce), Monday only falls on the 9th between these restricted dates ie between the 8th and 12th. So on this basis the birth date seems to be unequivocally on the 20th of April 571ce corresponding to the 9th of Rabee ul-Awwal 632H. Furthermore although the report of 12th of Rabee ul-Awwal is culturally famous it is not by any means correctly established via the appropriate calculations. (cited from Seeatun-Nabee (1/171-172) of Shiblee)

From his book ‘Celebrating Milaad On the Day Of Messenger of Allaah (Sallalahu Alayhee Wasallam) Died’ (pg.12-14)