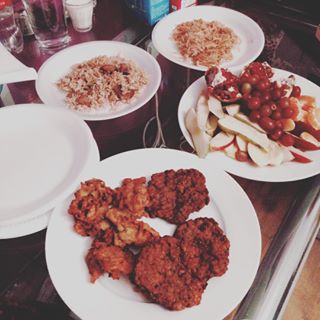 Is it permissible to venerate the dead on the 3rd, 4th and 40th day after the demise of the deceased and what is the ruling on the food that which is prepared for such occasions? [Trans note: known as Khatams]

Venerating the dead by preparing food and transferring the reward to the deceased on the 3rd, 4th and 40th day is an innovation. There is no evidence or even trace of this in the first 3 generations, hence this is an innovation and the Muslims should warn against this. Allah said:

The food should not be consumed as this is also a type of veneration although the food is in and of itself not haram. An evidence which alludes to venerating the deceased and preparing for them on the 3rd, 4th and 40th and other days are innovations and impermissible in the Shari’ah are the following statement of the Prophet ﷺ which are clear evidences that veneration on set days are innovations: “Whoever does an action which we have not sanctioned will be rejected (Mardud)” [Trans Note: Bukhārī [no.2697], Muslim [no.1718], Musnad Aḥmad [6:146].

We pray that Allah saves our Muslim brothers and sisters from innovations. Upon us is to convey and Allah knows best.

Agreed upon by the [following Shuyukh]:

Jazakallahu Khair to Abu Hashim for his assistance