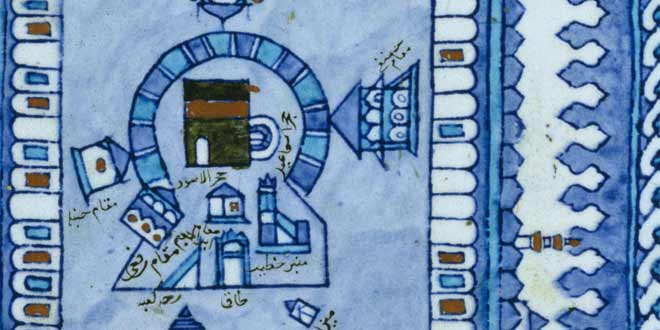 The Tawhid of the Prophets

Allaah, the Lord of all that exists sent prophets and messengers to every nation and every Prophet and Messenger called to the most fundamental and central belief of all religions which is to worship Allaah alone without associating any partners with Him.  This was the first call of every prophet, to spread the message of Tawheed and to censure shirk i.e. associating partners with Allaah. Allaah the Most High said,

“And Verily, We have sent among every ummah (nation) a messenger (saying) “Worship Allah (alone) and avoid Taghut (false deities) (Soorah an-Nahl 16:36).

And He the Most High said,

“And we did not send any messenger before you (O Muhammad) but we inspired him (saying) La ilaaha illa Ana (none has the right to be worshipped but I (i.e. Allah)), so worship Me (alone and none else)” (Soorah al-Anbiya 21:25)

If we look at the prophets in the Quraan we will find all of them calling to Tawheed (the oneness of Allah) and reprimanding shirk (associating false partners with Allah).

The Message of Nuh (Noah) (Alayhis-Salaam)

“We had certainly sent Noah to his people, and he said, “O my people, worship Allah; you have no deity other than Him. Indeed, I fear for you the punishment of a tremendous Day.” (Soorah al-A’raaf 7:59)

“And We certainly sent Noah to his people, and he remained among them a thousand years minus fifty years, and the flood seized them while they were wrongdoers.” (Soorah al-Ankaboot 29:14)

The Message of Hud (Alayhis-Salaam)

“And to the ‘Aad [We sent] their brother Hud. He said, “O my people, worship Allah; you have no deity other than Him. Then will you not fear Him?” (Soorah al-A’raaf 7:65)

The Message of Saaleh (Alayhis-Salaam)

“And to the Thamud [We sent] their brother Salih. He said, “O my people, worship Allah; you have no deity other than Him. There has come to you clear evidence from your Lord. This is the she-camel of Allah [sent] to you as a sign. So leave her to eat within Allah’s land and do not touch her with harm, lest there seize you a painful punishment.” (Soorah al-A’raaf 7:73)

The Message of Shu’ayb (Alayhis-Salaam)

“And to [the people of] Madyan [We sent] their brother Shu’ayb. He said, “O my people, worship Allah; you have no deity other than Him. There has come to you clear evidence from your Lord. So fulfil the measure and weight and do not deprive people of their due and cause not corruption upon the earth after its reformation. That is better for you, if you should be believers.” (Soorah al-A’raaf 7:85)

The Message of Ibrahim (Abraham) (Alayhis-Salaam)

And [We sent] Abraham, when he said to his people, “Worship Allah and fear Him. That is best for you, if you should know.” (Soorah al-Ankaboot 29:16)

And whilst censuring shirk (associating false deities with Allah) he said,

“You only worship, besides Allah, idols, and you produce a falsehood. Indeed, those you worship besides Allah do not possess for you [the power of] provision. So seek from Allah provision and worship Him and be grateful to Him. To Him you will be returned.” (Soorah al-Ankaboot 29:17)

The Message of Yusuf (Joseph) (Alayhis-Salaam)

“O [my] two companions of prison, are separate lords better or Allah, the One, the Prevailing? You worship not besides Him except [mere] names you have named them, you and your fathers, for which Allah has sent down no authority.”

“Legislation is not but for Allah. He has commanded that you worship not except Him. That is the correct religion, but most of the people do not know.” (Soorah Yusuf 12:39-40)

The Message of Eesa (Jesus) (Alayhis-Salaam)

“They have certainly disbelieved who say, “Allah is the Messiah, the son of Mary” while the Messiah has said, “O Children of Israel, worship Allah, my Lord and your Lord.” Indeed, he who associates others with Allah – Allah has forbidden him Paradise, and his refuge is the Fire. And there are not for the wrongdoers any helpers.” (Soorah al-Ma’idah 5:72)

Similarly, Muhammad (Sallalahu Alayhee Wasallam) also made the call to this great message and it resonated in the Arab peninsula. He called the people to the worship of one eternal Allah alone without any partners and informed the people that associating partners with Allah was the greatest crime and oppression they could ever commit. He used different examples and methods to explain this important belief and the Soorah’s revealed in Makkah show this.

Ibn Abbaas (RadhiAllaahu Anhuma) narrates, “When the Messenger of Allah (Sallalahu Alayhee Wasallam) sent Muadh Ibn Jabal (RadhiAllaahu Anhu) to Yemen he said to him “You are going to the people of the book, so let the first thing you call them to be the testification that none has the right to be worshipped except Allah (and in another narration, that they should single Allah out with all worship)” (Saheeh Bukhaari no. 7372)

In another report it says, “You are going to a nation of the people of the book, when you reach them call them to testify that none has the right to be worshipped except Allah and Muhammad is his Messenger.” (Saheeh Bukhaari no.1469)

So we find the call and message of all the Prophets was Tawheed and it was the first message and this shows its importance and it being crucial as a fundamental and central belief. This is shown by the Messenger of Allaah (Sallalahu Alayhee Wasallam) telling his companion to tell the people of the book the importance of Tawheed and to censure shirk. After accepting the call of Tawheed many years later these nations started to worship other deities such as the Jews saying Uzair is the son of Allah and the Christians saying Eesa is the son of Allah and so they started worshipping them whilst claiming to believe in the oneness of Allah and rejecting shirk.

“Say, “O People of the Scripture, come to a word that is just between us and you – that we will not worship except Allah and not associate anything with Him and not take one another as lords instead of Allah.” But if they turn away, then say, “Bear witness that we are Muslims [submitting to Him].” (Soorah Ale-Imraan 3:64)

Allah the most high said,

“They have taken their scholars and monks as lords besides Allah, and [also] the Messiah, the son of Mary. And they were not commanded except to worship one God; there is no deity except Him. Exalted is He above whatever they associate with Him.” (Soorah Taubah 9:31)

So we find even though they believed in Tawheed they were still engrossed in shirk.