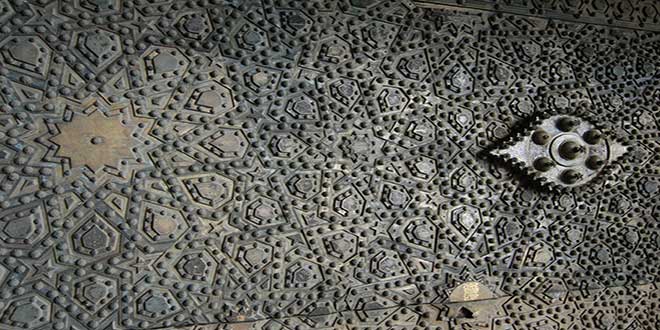 What follows is a list of some of the scholars who held various opinions about Yazeed ibn Mua’wiyyah.

1. Imaam Muhammad Ghazzalee (d.505H)
Imaam Muhammad Gazzalee said he was a muslim with a correct aqeedah and a complete muslim and it is not permissible in the sharee’ah to curse and abuse him.

2. Imaam Qaadhee Abu Bakr ibn al-Arabee Maalikee (d.543H)
He did not hold permissible the cursing and abusing of Yazeed nor declaring him to be a disbeliever. He said,

“Where are those historians who wrote against Yazeed in mentioning alcohol and open sinning, do they not have any shame?” (al-Awaasim Minal Qawaasim (pg.222)

3. Shaikh Abdul-Mugeeth Hanbalee (d.583H)
He was not in favour of cursing Yazeed nor declaring him to be a disbeliever, rather he authored a biography of Yazeed with the title of, “Fadhal Yazeed.”

Haafidh Ibn Katheer said about him,

“I hope from Allaah that me and Abdul-Mugeeth will be together in Paradise. Muhib ud deen Abul-Baqaa said from this we find (ibn al-Jawzee) knew Abdul-Mugeeth was from the righteous worshippers of Allaah and may he have mercy on both of them.” (Dhail Tabaqaat Hanabillah (1/356) of Ibn Rajab.)

“After he left Qazwain he went to Baghdaad where he became a teacher in Madrassah Nizaamiyyah and he would admonish and deliver lectures to the people. So on the day of Ashoorah he sat on the minbar to admonish the people, it was said to him to curse Yazeed bin Mu’awiyyah. He replied, “He was but an Imaam Mujtahid.” (al-Bidaayah Wan-Nihaayah (9/13), Risaalah al-Mustarfah Lee-Bayaan Mashoor Kitaab as-Sunnah al-Musharfah (pg.132).

5. Allaamah Ibn as-Saalah (d.646H)
He was also not in favour of cursing Yazeed or saying he was a disbeliever.

“Ibn Salaah who is from our jurists and scholars of hadeeth, I have seen in his Fataawa that when he was asked concerning the individual who would only curse Yazeed because he ordered the death of Hussain. Then in answer to this he said, according to us Yazeed ordering the death of Hussain is not correct and cursing and abusing Yazeed is not the sign of a believer…..” (as-Sawaa’iq al-Meharqah (pg.222).

6. Shaikh ul-Islaam Imaam Ibn Taymiyyah (d.728H)
He was neither in favour of cursing Yazeed nor declaring him to be a disbeliever. He says, “And the people who curse Yazeed and other such people like him then it is UPON them to bring evidence,

Secondly: Then after this they must prove that it is permissible to curse specific people like Yazeed.”

He goes onto say, “and the verse,

“May the Curse of Allaah be upon the oppressors.” Is a general verse like the verses concerning punishment.”

He goes onto say,

“And the hadeeth of Bukhaari states the first army to wage Jihaad against Constantinople is forgiven and the first army to do Jihaad against Constantinople, their Ameer was Yazeed ibn Mu’waiyyah and the word army entails a specific number and every member of this army is included in this forgiveness………..” (Minhaaj as-Sunnah an-Nabawiyyah Fee Naqdh Kalaam ash-Shee’ah Wal-Qadariyyah (2/252), al-Muntaqa Minhaaj al-Ei’tidaal Fee Naqdh Kalaam ar-Rafdh Wal-Ei’tizaal (pg.290).

“ALL the narration’s that mention the censure of Yazeed bin Mu’awiyyah are lies.”

The he goes onto say on the same page,

8. Haafidh Imaam Ibn Katheer (d.774H)
After mentioning the  position of al-Haraasee (of the permissibility of cursing) he mentions his statements and says,

“Imaam Ghazzalee has opposed the attribution of open sinning and tyranny to Yazeed and has prohibited from abusing Yazeed because he was a muslim and it is not established he expressed happiness or joy on the death of Hussain….” (al-Bidaayah Wan-Nihaayah (12/173).

9. Haafidh Ibn Rajab (d.795H)
Haafidh Ibn Rajab also did not hold the opinion of cursing and declaring Yazeed to be a disbeliever. On the contrary he refute the allegation on Imaam Ahmad bin Hanbal that he cursed Yazeed. So he writes in clear words,

“The statement of Imaam Ahmad only establishes cursing on all of the oppressors and there is no clarification or specification for the permissibility of cursing Yazeed only.” (Dhail Tabaqaat Hanabillah (2/356).