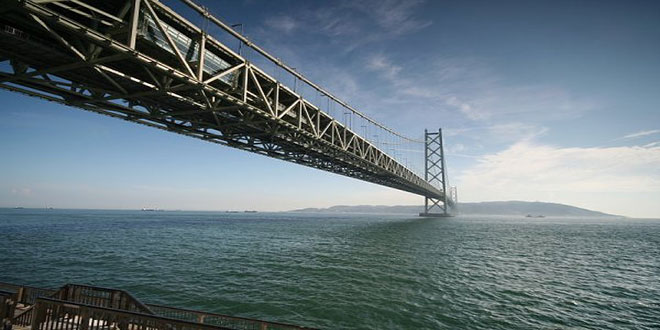 Matters related to the Sahabah Fatwa no. 1466

Question:  Many Turkish Muslims continually revile Mu`awiyyah and his son Yazid. Are they correct in doing this or not?

Answer: Regarding Mu`awiyyah (may Allah be pleased with him), he was one of the Prophet’s Sahabah (Companions) and one of the scribes who wrote down the Revelation. The Sahabah (may Allah be pleased with them) were the best Mu’mins (believers). There are many reported prohibitions against reviling or cursing them. It is authentically reported in the two “Sahih (Books of Authentic Hadith)” that the Prophet (peace be upon him) said, “The best people are my generation, then those who follow them, and then those who follow them.” It is also authentically reported that he (peace be upon him) said, “Do not curse my Sahabah, because if any of you spent gold equal to (Mount) Uhud (in Allah’s Cause), it would not be equal to a Mud (a dry measure of half bushel, 543 grams) or even a half Mud of one of them.”

It has been related with a good Sanad (chain of narrators) concerning Mu`awiyyah that the Prophet (peace be upon him) said, “O Allah! Teach him (the knowledge of) the Book, reckoning, and protect him from an evil punishment.” This was mentioned by Shaykh-ul-Islam Ibn Taymiyyah (may Allah be merciful with him).

As this is known, the basic `Aqidah (creed) of Ahl-ul-Sunnah wal-Jama`ah (those adhering to the Sunnah and the Muslim community) with regard to the Sahabah of the Messenger of Allah (peace be upon him) includes the following:

Firstly: Anyone cursing a Sahaby (Companion) of the Prophet (peace be upon him), whether Mu`awiyyah or another (may Allah be pleased with them), deserves a severe punishment. This is agreed upon by Muslim scholars, but they differ whether they should be killed or receive a less severe penalty.

Secondly: The hearts and tongues of Ahl-ul-Sunnah wal-Jama`ah are free of any hatred towards the Sahabah, as Allah (Exalted be He) says: And those who came after them say: “Our Lord! Forgive us and our brethren who have preceded us in Faith, and put not in our hearts any hatred against those who have believed. Our Lord! You are indeed full of kindness, Most Merciful. Thirdly: Ahl-ul-Sunnah wal-Jama`ah believe that some of the Athar (narrations from the Companions) that are reported concerning their shortcomings are

lies, others have been exposed to additions, subtractions, and alterations in their texts. The fact is that the Sahabah are excused if these narrations are true, as they were Mujtahids (scholars qualified to exercise juristic effort to infer expert legal rulings), who, if they were correct in their Ijtihad (juristic effort to infer expert legal rulings) will receive two rewards, and if they were wrong they will be rewarded for their Ijtihad and forgiven for their mistakes.

Ahl-ul-Sunnah wal-Jama`ah do not believe that the Sahabah were infallible as far as major and minor sins are concerned, rather they were liable to commit sins and will be held accountable for them, but due to their preceding good deeds and virtues they will be forgiven for things that later generations will not. During the Reckoning, some of their sins will be erased in a way that will not happen for those after them. It has been authentically reported from the Messenger of Allah (peace be upon him) that they were the best generation, and that a Mud or half a Mud given in charity by them is better than a mountain of gold given by others, as was explained previously.

If any of the Sahabah committed a sin, they may have performed Tawbah (repentance to Allah) from it, performed good deeds that erased it, and they will be forgiven due to their preceding merits, through the intercession of Muhammad (peace be upon him), as they were the most deserving to receive it, or they may have been inflicted with a disaster in this world that expiated their sins. This is in regard to the sins that they actually committed, so what will be the case when it comes to matters of Ijtihad? If they were correct they will receive two rewards, and if they got it wrong they will be rewarded for their Ijtihad and forgiven for their mistakes.

But the degree of abhorrence that will be felt regarding any of their sins will be minimal next to their virtues and merits, from their belief in Allah and His Messenger, their Jihad (fighting/striving in the Cause of Allah), their Hijrah (migration) with and support of the Prophet (peace be upon him), and their beneficial knowledge and good deeds. Fourthly: Ahl-ul-Sunnah wal-Jama`ah speaks moderately about matters related to the Sahabah;

they refrain from talking about the disputes that occurred among them, and do not say that one group is infallible and another is sinful, other than in relation to those who made innovations in the religion, such as the Shi`ah (Shi’ites) and Khawarij (separatist group that believes committing a major sin amounts to disbelief). They exceeded the limits in opposite extremes in terms of infallibity and sins. Between them they produced the Bid`ah (innovations in religion) that was cursed by the Salaf (righteous predecessors), and they declared them to be Fasiqs (those flagrantly violating Islamic law) and Kafirs (disbelievers), except for a few, in the same way Khawarij regarded both `Aly and `Uthman as Kafirs and deemed it lawful to fight them.

They were the group about which the Prophet said, “In time a group will secede from the Muslims and the group that is nearer to the Truth will kill them.” They were the group that killed `Aly after they had deserted him and declared all those who followed him as Kafirs. The Prophet (peace be upon him) said with regard to Al-Hasan ibn `Aly: “This son of mine is a Sayyid (i.e. a noble) and may Allah make peace between two big groups of Muslims through him.” And indeed, he did reconcile between the followers of `Aly and Mu`awiyyah, which shows that he did what Allah and His Messenger loved, and that the two groups were not like the Khawarij, whom the Messenger of Allah commanded to be fought. This was why `Aly was happy to fight the Khawarij, and was grieved and pained about the Battles of Siffin and Al-Jamal.

The two groups have therefore to be freed from the charge of Kufr and Allah should be supplicated to be merciful with their dead, as this matter is agreed upon. All those who belonged to those two groups were Mu’mins (believers) and the Qur’an attests to the fact that those who fought were

believers, and it did not take them out of Islam. Allah (Exalted be He) says: And if two parties or groups among the believers fall to fighting, then make peace between them both. The Hadith that states that if two caliphs fought and one of them is cursed, is false and fabricated, as it is not reported by any of the Hadith scholars. Mu`awiyyah did not claim the caliphate for himself and the Ba`yah (pledge of allegiance) was not made to him when he was fighting against `Aly.

He did not fight `Aly because he considered himself to be the rightful caliph or that he thought he deserved to be. Neither he nor his supporters wanted to initiate a fight with `Aly, it was only when `Aly told them to swear allegiance and obedience to him, so there would not be two caliphs, that they refused their obedience. It was then that `Aly had no alternative but to fight them, to force them to obey him and maintain the Muslim community, as Mu`awiyyah and his supporters were saying that this was not obligatory on them until `Uthman’s (may Allah be pleased with him) rights had been taken from those in `Aly’s army who had rebelled and killed him.

As for Yazid ibn Mu`awiyyah, the people differed concerning him, and they split into three groups, two extreme and one moderate. One of them was that he was one of the Muslim rulers, who did good deeds and bad ones. He was not born until the caliphate of `Uthman (may Allah be pleased with him). He was not a Kafir, but it was due to him that the death of Husayn occurred, and what happened to the people of Al-Harrah. He was not a Sahaby, nor was he one of the `Awliya (pious people). This is the view held by Shaykh-ul-Islam Ibn Taymiyyah (may Allah be merciful with him), the general opinion of most of the intelligent

and knowledge people, and the view of Ahl-ul-Sunnah wal-Jama`ah. As for cursing him, people are equally split on this into three groups: One that cursed him, another that loved him, and a third that neither cursed nor loved him. Shaykh-ul-Islam Ibn Taymiyyah (may Allah be merciful with him) said, “This is what was reported from Imam Ahmad, his fair-minded followers, and others from the Muslim community.

This moderate opinion is based on the fact that his Fisq (flagrant violation of Islamic law) was not established in a way that makes cursing him permissible, or that the specified Fasiq (one flagrantly violating Islamic law) is not entitled to be cursed, whether due to a prohibition or out of respect. It has been authentically reported in “Sahih Al-Bukhari”, on the authority of `Umar – in the story about `Abdullah ibn Himar, who regularly drank Khamr (intoxicants) and was whipped for it by the Messenger of Allah (peace be upon him) – that when some of the Sahabah cursed him, the Prophet (peace be upon him) said, “Do not curse him, as he loves Allah and His Messenger.” He (peace be upon him) also said, “Cursing a Mu’min is like killing them.” (Agreed upon by Muslim and Al-Bukhari).

These texts, as the other that include warnings are general, such as those concerning consuming orphans’ wealth unlawfully, Zina (sexual intercourse outside marriage), and theft, are not to be taken as proof that the person concerned will be one of the dwellers in the Fire, due to the possibility of the absence of binding conditions for a predominating reason. This reason may be due to Tawbah (repentance to Allah), good deeds, expiating circumstances, an accepted intercession, or any other cause for expiation of sins. All the above reasons make it prohibited to curse him, but as for not loving Yazid, because he did not perform the good deeds that necessitate loving him, and accordingly, he was one of the Muslim rulers,

but loving this type of person is not lawful, because he performed actions that testified to his Fisq and injustice and these are evident from his biography and in the matters related to Husayn and the people of Al-Harrah.

May Allah grant us success! May peace and blessings be upon our Prophet Muhammad, his family, and Companions!