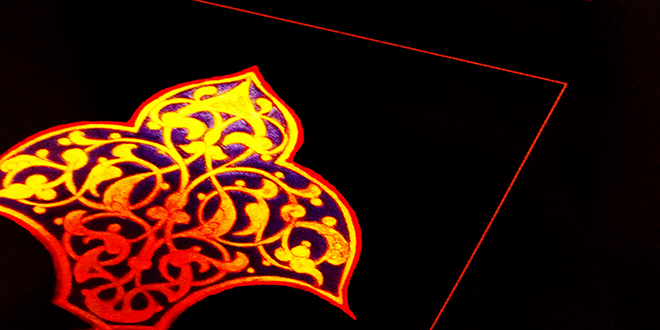 Some people attribute the following to Imam Ibn Taymiyyah

we already mentioned in a previous paper Part 33 SEE HERE that Muhammad Hisham Kabbani, a sufi misguider from America cites half of the words of Imam Ibn Taymiyyah in his Encyclopaedia of Islamic doctrine (3:15) wherein he mentions the words of the great reward aspect only whilst having distorted Ibn Taymiyyahs words to show the readers that he approved the mawlid. A number of other sufi writers and mawlid proponents have reproduced these words of Shaykh al-Islam Imam Ibn Taymiyyah in their various treatises.

Other scholars like the former grand Mufti of Saudi Arabia, Shaikh Muhammad Ibn Ibrahim Al-al-Shaikh dismissed such statements allegedly supporting statements of Imam Ibn Taymiyyah for the mawlid, more so its relevance because of the sheer overwhelming number of statements and clear ruling against the mawlid and declaring it to be an innovation from Imam Ibn Taymiyyah himself. (Rasai’il Fi Hukm al-Ihtifal Bi al-Mawlid al-Nabawi (1:45)

The Egyptian Salafi scholar Shaikh Muhammad Hamid Fiqi answers this point and says how can such people receive reward when they oppose the teachings of the Quran and Sunnah and the way of the companions. He goes onto say if they argue they reached this conclusion through their independent reasoning i.e. ijtihad but they made a mistake then what kind of ijtihad is this in that it opposes the conclusive and established texts of ibadah and thus it falls outside the remit of ijtihad. (See his notes to the Iqtida al-Sirat al-Mustaqim li Mukhalafat Ashab al-Jahim (p.294-296), see also Rasai’il Fi Hukm al-Ihtifal Bi al-Mawlid al-Nabawi (1:220-223)

Imam Ibn Taymiyyah very clearly himself ruled the mawlid to be a reprehensible i.e. makruh innovation because the Salaf us-Saleh did not celebrate it. (Majmu’a al-Fatawa (1:36)

Shaykh al-Islam Imam Ibn Taymiyyah was asked can a person recite the whole of the Quran in honour of the Prophets birthday? Instead of giving a straight yes or no answer, he expands on the discusison and deals with all of the innovated festivals or Eids. he said.

“The gathering of the people for food during the two eids is a normal sunnah as they are the rites of Islam which the Messenger of Allah (Sallalahu Alayhi Wasallam) set for the muslims and by caring for the poor by feeding them during Ramadan is a a sunnah of Islam. The Messenger of Allah (Sallalahu Alayhi Wasallam) said whoever feeds the fasting person will receive a similar reward to him.” Also helping the poor recitors of the Quran is a virtuous act at any time and therefore whoever supports them shares the reward. And as for the establishment of a seasonal festival (mawsim) that is not among the lawful i.e. shari’ah festivals such as one of the nights of Rabi al-Awwal, which is said to be the night of the mawlid or one of the nights of Rajab or the 18th of of Dhul Hijjah of the first friday prayer of Rajab or the eighth of Shawwal which the ignorant call the festival of the righteous ones i.e. Eid al-Abrar, THESE ARE AMONG THE INNOVATIONS – BID’AH THAT THE SALAF US-SALEH DID NOT RECOMMEND NOR DID THEY PRACTISE and Allah the mighty and exalted knows best.” (Majmu’a al-Fatawa (1:312)

The avid reader is referred to the monumental book which has been oft quoted in these papers, namely Iqtida al-Sirat al-Mustaqim li Mukhalafat Ashab al-Jahim wherein Shaykh al-Islam Ibn Taymiyyah deals with the innovated festivals and Eids in great detail and lays the foundations and principles of Ahl al-Sunnah wal Jama’ah. A lot of content can be added to the understanding of the mawlid from the words of Imam Ibn Taymiyyah which would be beyond the simplicity of these papers.

However, before we conclude the series on Imam Ibn Taymiyyah on the mawlid and how the Sufiyyah have miserably failed to show Ibn Taymiyyah approved the mawlid, let us show the Sufi Barelwi and the global Sufiyyah that they are very quick to quote Ibn Taymiyyah to us, so we ask what they make of Muhammad Alawi Maliki arguing that special gatherings of the Prophets Birthday are lawful because it is understood to be a custom and not worship and not ibadah. Muhammad Alawi Maliki furthers his argument and says if the mawlid was considered a special day of worship it would be an unlawful i.e. haram bid’ah  (see his Hawl al-Ihtifal Bil Mawlid al-Nabawi al-Sharif (p.12) and Mafahim Yajib An Tusahhaha (p.224-226)

The first point is a very poor deduction and a clever ploy to dodge the ruling of innovation and an attempt to hide under the cloak of adat i.e. custom. This is a false notion because an adat or custom is something that has always been practised by the Muslims and or the custom of a group of muslims from different lands and this is limited in number because if all of the Muslims began to do this, it no longer remains a custom. Secondly customs are only accepted if they do not oppose the texts of Islam as any custom which opposes the clear guidance from the Quran and Sunnah is rejected.

One only needs to ask the participants of the mawlid gatherings to see how much Islam they have within them and how the pristine shari’ah is violated. To say the mawlid is a muslim custom is the most powerful stretch of the imagination because there is no reward in a custom so then why do it and if it is a custom as wishfully claimed, then why is it called an Eid, surely this is highly contradictory and a case of polemics???