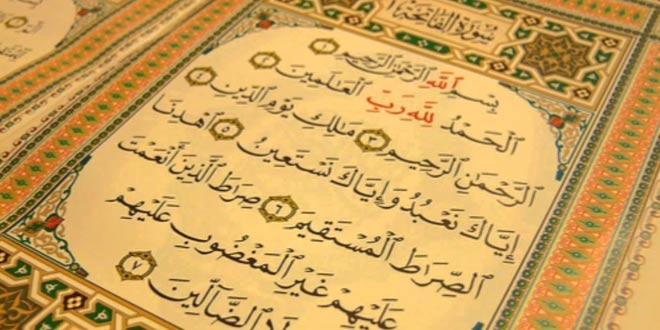 After the Youtube video of our brother Ali Hassan Khan in his direct and responsible refutation of Mr Mumtaz was posted, one his students or sympathisers came to this blog and said,

Okay InshaAllaah we await eagerly. So brother Dawud is someone who either studies with Mr Mumtaz ul haq, or he is a sympathiser, or an acquaintance or someone within this hanafee circle.

Brother Dawud goes onto say in response to the article that was published on this blog titled, Were The 4 Imaams Mufawwidhah With Regards To The Sifaat of Allaah

We were in utter shock and in dismay when we read the comment from brother dawud, in actual fact we had to read it a few times to be sure we did not misinterpret his statement. We have also for the sake of fairness provided a print screen of brother Dawuds comment.

It is indeed surprising that such arguments are still being used and one questions as to what is being relayed to the Hanafi deobandis from their ‘Shaikh’ and teachers with regards to the fundamental and sacredly divine message of Tawheed. Would it be unfair for us to say, do the likes of brother dawud and others consider the different types of Tawheed to be misinformation? Then why make such a comment? What we can say is that the likes of brother dawud think the Salafis, the Ahlul Hadeeth and Ahlus Sunnah have introduced these categories of Tawheed. The actual reality is that this is well established and affirmed within the ranks of Ahlus Sunnah.

This censuring of the Salafis is nothing new and we are not in the least surprised with brother Dawuds comment because this is what the hanafee, Asharee and Matureedee elders have been teaching for years. In the last decade a known arch enemy of Ahlus Sunnah who had no bounds with regards to his vilification of Ahlus Sunnah and Ahlul Hadeeth, authored a book titled, ‘at-Tandeed Biman Addad at-Tawheed, Ibtaal Mahaawalah at-Tathleeth Fit-Tawheed Wal-Aqeedah al-Islaamiyyah’ (The Condemnation Of Whoever Numbered (categories) Tawheed, The Futile Attempt in Trinitising Tawheed And The Islamic Belief), was non other than the infamously renowned Hasan bin Alee as-Saqqaaf (who I have heard has been declared to be a Shia by the bareilwees)

The truth is, this statement of mr dawud is based on sheer ignorance of the works and writings of the Salaf. The Hanafi quarters are too far fetched and engrossed in their staunch and bigoted taqlid that all they see is just Fiqh. In this regard brother Dawud and others are excused as they are tied up in shackles of taqleed and the Mullahs are constantly scaring them. What follows by the way of advise and correction to brother Dawud and those who hold this false notion that the Salaf did not use these 3 categories of Tawheed.

For clarification purposes we present the following,

This is a presentation of the beliefs of ahl-al-Sunnah wa al-Jama’ah, according to the school of the jurists of this religion, Abu Hanifah an-Nu’man ibn Thabit al-Kufi, Abu Yusuf Ya’qub ibn Ibrahim al-Ansari and Abu `Abdullah Muhammad ibn al-Hasan al-Shaybani, may Allah be pleased with them all, and what they believe regarding the fundamentals of the religion and their faith in the Lord of all the Worlds.

1. We say about Allah’s unity believing by Allah’s help – that Allah is One, without any partners.
2. There is nothing like Him.
3. There is nothing that can overwhelm Him.
4. There is no god other than Him.
(Hanafee translation by Iqbal azami from the staunch hanafees masuds web page, point 4 is a disastrous translation…)

So this is the belief of Abu Haneefah, Abu Yoosuf and Muhammad Shaybaanee.
Point 1. Contains all there categories of Tawheed
Point 2. Is Tawheed Asma Was-Sifaat
Point 3. Is Tawheed ar-Ruboobiyyah

The Imaam of the Hanafi Deobandis Qadhee Abu Yoosuf d.182H also via his explanation categorised Tawheed into 3 types.

So I would like to know what misinformation we and Allamah Ibn Abil Izz al-HANAFI are spreading!!!?

Was not Abil Izz al-Hanafee your Salaf? The reality is the Hanafi quarters have been for some time now propagating the censure on the well known and established divisions and categories of Tawheed. This has been more rampant and widespread in the Arab countries and unfortunately it has spread to the UK hence the likes of Mr Mumtaz ul haq and Mr Dawud have suggested this modernistic concept that the Salaf did not divide Tawheed into 3 categories and therefore the Salafis are spreading misinformation.

All of them categorised Tawheed in their own ways. One can see even the leader and Imaam of the hanafees, as he is the Imaam of Mr Mumtaz ul haq and brother dawud, himself categorised Tawheed and then the later hanafee scholars expounded this division in their respective books. It further shows the current day hanafees are just hanafees by name and in essence they abandon the teaching of Imaam Abu Haneefah and the founders of the hanafee madhab as this article clearly expounds.