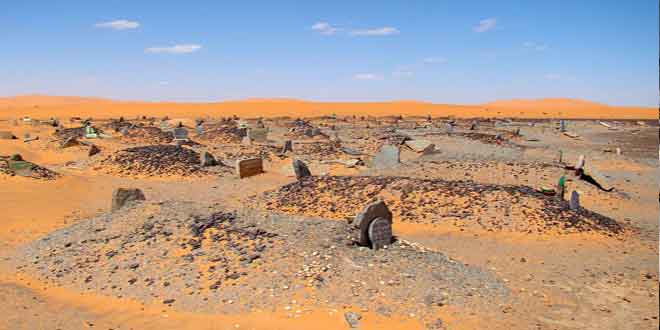 “It is not permissible for women to accompany the funeral procession, it is narrated by Anas, “Once we set out on a funeral procession with the Messenger of Allaah (Sallalahu Alayhee Was-Sallam) and he saw some women who were also in the procession so he asked them, “Will you carry the deceased?” They replied, “No” He then asked them, “Will you bury him.”  They replied, “No.” So he said to them, “Then return back, inconspicuously.” Narrated this Abu Ya’ala, Haafidh Ibn Hajr has cited this in Fath ul-Baaree (1/679)” (Kitaab ul-Janaa’iz (p.47) of al-Mubaarakpooree)

“The ninth Chapter the mentioning of visiting the graves.” Visiting graves is Sunnah for the men and it appears to be permissible for women according to some ahadeeth and impermissible according to some…….and a narration in Haakim mentions Faatimah (Radhiallaahu Anha) would visit the grave of Hamzah (Radhiallaahu Anhu) every Friday.” (Also mentioned in Nayl (3/356) (Ahkaam ul-Janaa’iz (pp.99-100)

After citing ahadeeth that mention the reward and virtue in accompanying the deceased to the place of burial (the grave) Shaikh Muhaddith al-Albaanee said,

“(no.47) this reward/virtue in accompanying the deceased is for the men and not for the women as the Prophet (Sallaahu Alayhee Was-Sallam) forbade them (women) from accompanying (the deceased) and this forbiddance is Nahee Tanzeeyyah (ie it is better if the action is not practised however if it is practised a sin is not incurred). Umm Atiyyah (Radhiallaahu Anha) said, “We were forbidden.” (in another narration) “We were forbidden to accompany funeral processions but not strictly.”  (no.47 in Talkhees Ahkaam al-Janaa’iz (pg.39) of Imaam al-Albaanee).

“(no.117) Visiting the graves is also recommended for the women as it is for the men and there are a number of reasons for this

Firstly: The statement of the Messenger of Allaah (Sallalahu Alayhee Was-Sallam) “Visit the graves.” Is general and therefore it also includes women. The details of this are in the beginning when the Messenger of Allaah (Sallalahu Alayhee Was-Sallam) prohibited the people from visiting the graves then without doubt this prohibition included both men and women and he said, “I prohibited you from visiting the graves.” So the meaning of this is in the beginning both men and women were prohibited from visiting the graves. So this is clear and then whilst allowing both men and women to visit graves in the second sentence of the hadeeth he said, “You may visit them now.” This command is further supported from the other rulings in this hadeeth..”

I say this command was for both genders due to the wording, “I prohibited you (before)…” and if it is said, “You may visit them now” is specific for men, then the structure and understanding of the speech is altered.”

Secondly: The reasons for which visiting graves was recommended then the women are also dependent upon them, the wording of the hadeeth are, “As the visiting of graves softens the heart, tears flow from the eyes and causes one to remember the hereafter.”

(no.1) On the authority of Abdullah bin Abee Mulaika

“One day A’ishah (Radhiallaahu) returned from the graveyard so I asked, “Oh mother of the believer’s where are you coming from?” She replied, “From the grave of Abdur-Rahmaan bin Abee Bakr.” So I said, “Did not the Messenger of Allaah (Sallalahu Alayhee Was-Sallam) prohibit us from visiting the graves?” She said, “Yes, but later he granted us permission.” She mentions in another narration, “The Messenger of Allaah (Sallalahu Alayhee Was-Sallam) then gave us permission to visit the graves.”

(no.118) However the women should not visit the graves oftenly, as it is possible they may begin to oppose the sharee’ah rulings like, screaming and wailing, uncovering themselves, making visiting the graves an amusement trip and wasting time in idle speech and all this happens in some countries. Inshallaah this is the meaning of the following hadeeth, “The Messenger of Allaah (Sallalahu Alayhee Was-Sallam) cursed the women who visit the graves oftenly.”

Imaam Qurtubee said, “The curse mentioned in this hadeeth is for the women who visit the graves oftenly as is apparent from the indications of the hadeeth. It is possible this ruling is so because the rights of the husband may be compromised, she may uncover herself and she may also scream and wail. Some say when there is no danger of the above actions then there is no harm in giving women general permission because visiting the graves causes one to remember death, which is needed by both men and women.”

Imaam Shawkaanee said in Nayl al-Awtaar (4/95), “In order to reconcile the ahadeeth (the one’s prohibiting and allowing), this opinion is more worthy of being relied upon.” (Talkhees Ahkaam al-Janaa’iz (pg.78-81)