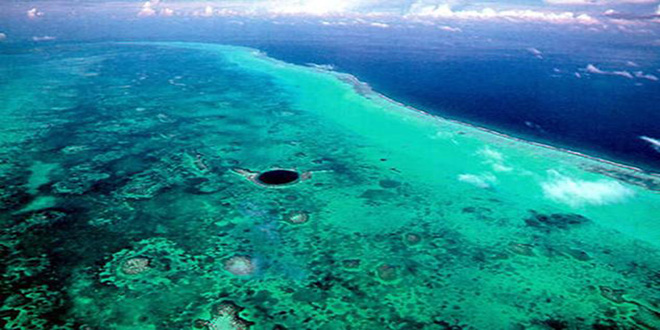 The Reality of the Madhab of Ahl al-Hadith – Part 2

Thus, when Allah has not commanded something how is it even conceivable that the companions or their students could be upon that?

Furthermore, pay attention to the following Ahadeeth and the Salafs commentary upon them demonstrating that the Ahlul Hadeeth are not an innovated group but the opposite stands true.

In an authentic report the prophet said: “There will cease to be a Group from my Ummah “victorious upon the truth,“ not being harmed by those who oppose them until the command of Allaah comes about, and they are like that.” (Related by Muslim (6:52-53) and Abu Dawud [2:202]

It was narrated from Mu’aawiyah ibn Abi Sufyaan (may Allaah be pleased with him) that he said: The Messenger of Allaah (peace and blessings of Allaah be upon him) stood among us and said: “Those who came before you of the people of the Book split into seventy-two sects, and this ummah will split into seventy-three: seventy-two in Hell and one in Paradise, and that is the “Jamaa’ah”  (Narrated by Abu Dawood (4597) and others; classed as Saheeh by al-Haakim (1:128), who said: it is an important hadeeth that represents a basic principle. It was classed as hasan by Ibn Hajar in Takhreej al-Kashshaaf (63). It was classed as Saheeh by Ibn Taymiyah in Majmoo’ al-Fataawa (3:345), al-Shaatibi in al-I’tisaam (1:430), and al-‘Iraaqi in Takhreej al-Ihya’ (9:133)

The Prophet (peace and blessings of Allaah be upon him) described the saved group as thejamaa’ah, i.e., “Al-Taifah Al-Mansoorah OR Firqatun Naajiyah” (Victorious Group OR Saved Group )..…

The salaf have commented upon these narrations connecting them to the Ahlul Hadeeth which shows their existence amongst the salaf and their legitimacy.

1) Regarding the Victorious Group Imaam al-Bukhaaree (d.256H) said in the explanation of the Hadeeth which mentions at-Taifah al-Mansoorah:

“If the Victorious Group are not the“ Ashaabul Hadeeth” then I don’t know who are they” (Ma’rifatu Uloom Ul Hadeeth Lil Haakim (pg 2), Fath ul Baari (13:250)

“Ahul Hadeeth, they are the Victorious Group, established upon the Haqq (Absolute truth)” (al-Adab al-Shari’ah (1:211)

“Whenever I see a person from the Ashaabul Hadeeth (People of Hadeeth), then it is as if I have seen the Prophet Sallahu Alehi Wassallam “Alive” (Sharf Ashaab Ul Hadeeth Lil Khateeb (pg.94), Authentic Chain)

”Stick to the Ahlul-Hadeeth, since they are the most correct of the people” (Siyaar (14:197)

“And Ash-Sha’fee was upon the Madhab of “Ahlul Hadeeth” (Hilyatul Awliyaa (9:112)

“They are the “Ahul Hadeeth”

“As for al-Firqatun- Naajiyah (the Saved-Sect) it is Ahlus-Sunnah wal-Jamaaah, and there is no name for Ahlus- Sunnah except one – and that is Ashaabul-Hadeeth (the People of Hadeeth). (al-Ghuniyatut-Taalibeen (pg.212)

9) Khateeb Baghdadi (d.463H) has written a Book on the Virtues of the Ahlul Hadeeth, titled: Sharf Ashaab al-Hadeeth, and also refer Tareekh ul-Baghdad (1:224)

“Hence it is clear that the people who most deserve to be called the victorious group are “Ahl al- Hadeeth wa’l-Sunnah”, who have no leader to follow blindly apart from the Messenger of Allah (peace and blessings of Allah be upon him). They are the most knowledgeable of people concerning his words and deeds, the most able to distinguish between what is sound and what is not [of hadeeth]. Their imams have deep knowledge of that, they are the ones who understand its meanings and are the most sincere in following it. They accept it and believe in it, and act upon it. They show love to those who adopt it and they show enmity to those who oppose it. They are the ones who measure any idea against that which is proven in the Qur’an and Sunnah, so they never adopt any idea and make it one of the basic principles of their religion unless it is proven in that which the Messenger brought. Rather they make that which the Messenger brought, the Qur’an and Sunnah, the foundation and basis of their beliefs. With regard to the issues concerning which people dispute, such as the attributes of Allah, the divine decree, the threat of Hell, the names of  Allah and the principle of enjoining what is good and forbidding what is evil, etc., they refer that to Allah and His Messenger. They examine the general ideas concerning which the different groups dispute, and whatever of these ideas is in accordance with the Qur’an and Sunnah, they approve of it, and whatever goes against the Qur’an and Sunnah, they reject it. They do not follow conjecture or whims and desires. For following conjecture is ignorance and following whims and desires without any guidance from Allah is wrong doing.” (Majmoo’ al-Fataawa (3:347-348)

The explanation of Ibn Taymiyyah Rahimahullah proves that Ahlul hadeeth means 2 types of people: The Muhadditheen and those who are upon the book and sunnah.

“(And remember) the Day when We shall call together all human beings with their (respective) Imam [their Prophets, or their records of good and bad deeds, or their Holy Books like the Quran, the Taurat (Torah), the Injeel (Gospel), etc.]. So whosoever is given his record in his right hand, such will read their records, and they will not be dealt with unjustly in the least.” [Surah Al-Isra 17:71]

Ibn Katheer (d.774H) said in the Tafseer of this Verse in his Most Famous Tafseer ibn Katheer:

“And Some Salafs said: This (verse) is the Greatest honour for the Ashaabul Hadeeth because their Imaam is the Prophet MUHAMMAD ” (Tafseer Ibn Katheer Surah al-Isral ayah 71).

“There is not a Greater honour than that (verse) for the Ashaabul Hadeeth because they Do Not Have an Imaam other than Him.” (Tadreeb al-Raawi (2:126)

There is a plethora of texts and evidences alongside those stated above which establish the existence of Ahlul Hadeeth right from the companions and to discuss all evidences would be a very lengthy task.

Fourthly, the books of the Ahlul Hadeeth are many and we have already listed some books of aqaaid above but the entire ummah relies on the sihah al-sittah, six books of authentic hadeeth as an authority. These books by themselves establish the existence of Ahlul Hadeeth in the first three centuries as all these books were authored by the first three centuries. There is not a single authentic report from any of these authors to establish that they were blind followers of any madhab or that even any of the four schools existed as madhabs in their time.

It is not hidden to the detractors that the likes of Imam Bukharee, Tirmidhee and others held the way of salvation to be the way of Ahlul Hadeeth as has been explained above. This stance is also reflected in the books of hadeeth they referenced. Taking Sunan Tirmidhee as an illustration Imaam Tirmidhee throughout the sunan mentions the Ashaabul Hadeeth, Ahlul Hadeeth as a distinct separate juristic way upon the truth. The illustrations are too many to note here.

In fact, Tirmidhee throughout the sunan establishes that the Ahlul Hadeeth were the Imaams of the science of Jarh wa tadeel, an example is when he said “Ibn La’ihah is weak according to Ahlul Hadeeth. Yahya ibn Qattan and others weakened him because of his memory.”  He also mentions the way of Ahlul Hadeeth as the way to follow in matters of creed when he narrated in the chapter: “What is narrated about the Khulud (staying forever) of people of Paradise and Hell” a Hadeeth mentioning the vision of Allah and Allah putting His foot in the hell, and then Imam Tirmidhi wrote:

“This Hadeeth is Hasan Saheeh, and it has been reported from the Prophet a lot of narrations similar to this mentioning the topic of the vision of Allah, that people will see Allah, and the mention of the Foot and matters similar, and the Madhab of people of knowledge from Imams like Sufyan Ath-Thawri, Malik ibn Anas, ibn Al-Mubarak, ibn ‘Uyaynah, Waki’ and others is that they mention these matters and they say: “These Ahaadeeth are narrated, and we believe in them and it is not said “How?” and this is what is chosen by Ahlul Hadeeth, that these matters should be narrated as they came, and there should be belief in them, and there should not be any Tafsir (other than literal meaning) and one should not cast any doubt, and it should not be asked: “How?”

Tirmidhee also mentions Ahlul Hadeeth as a reference point for truth whilst refuting various sects who had incorrect beliefs in the first three centuries as follows when he refuted the Jahmiyyah sect.

It should be noted that Tirmidhee uses the terms Ahl us Sunnah to mean the same thing as Ahlul Hadeeth as follows below. Hence, for Tirmidhee it was the Ahlul Hadeeth Ahl us sunnah which were upon the correct way in affairs of Aqeedah. He said:

“More than one person of knowledge said on this Hadeeth and similar narrations about the Attributes, the ascending of the Lord every night towards the heaven of this world, they said: These narrations are established, and we should believe in them and not have any doubt, and not say: “How” and this is narrated from Malik, Sufiyan ibn ‘Uyaynah and ‘Abdullah ibnul Mubarak, and they said concerning these AHadeeth: “Quote them without (asking and mentioning) “How” and this is the saying of the people of knowledge among the Ahlus Sunnah wal Jama’ah. As for the Jahmiyah, they rejected these narrations and said that it is Tashbih (establishing a similarity between Allah and His creation). Allah (‘Azza wa Jalla) has indeed mentioned in many places of His Book the hand (Al-Yad), the hearing (As-Sam’), the sight (al-Basar) and the Jahmiyah interpolated these verses and explained them (did its Tafsir) contrary to what the people of knowledge have explained (did Tafsir), and they (Jahmiyah) said: “Allah did not create Adam with His hand” et they said: “The meaning of hand is the power”. And Ishaq ibn Ibraheem said: “Tashbeeh is only when we say that the hand is like my hand or similar to it, or hearing is like my hearing or similar to it, so if someone says: He hears like I hear or similarly to my hearing, this is Tashbeeh (establishing a similarity between Allah and the creation), and if we say as Allah (Ta’ala) said: a hand, hearing and seeing, and we do not say “How” and we do not say: “Like my hearing or similar to it” this is not Tashbeeh.” (Tirmidhee (2:38) 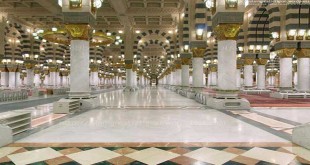 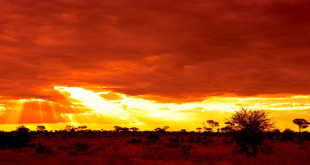 Translated by Abdul Haq al-Ashanti First Principle: One Path You should know, may Allāh have …