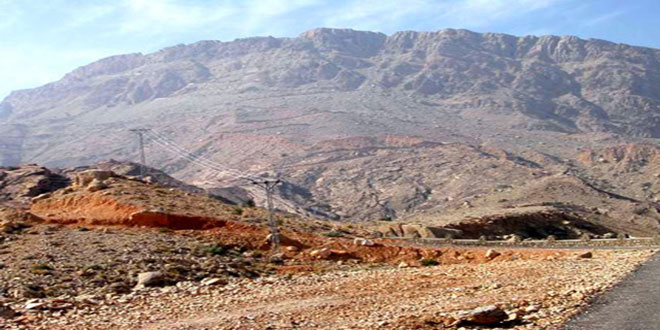 The Reality of the Madhab of Ahl al-Hadith – Part 3

Thus, it is clear just from the example of the likes of Tirmidhee that the Ahlul Hadeeth not only existed in the first three centuries but were seen as yardsticks in issues of creed, as those refuting the various sects of misguidance, imams of the science of jarh wa tadeel and fuqahaa and jurists in their own right whose jurisprudence was based on the book and sunnah.

For the detractors who say the scholars of hadeeth did not know Fiqh we can cite over at least 50 examples just from Tirmidhees Sunan which show the Fiqh and Jurisprudence of Ahlul Hadeeth and Tirmidhee would refer to them as ‘our Companions’ as opposed to the people of rhetoric and kalaam, whom he referred to as ‘ahl ul kufah’.  Allahs aid sought. For example, under the chapter of Hajj tamattu he says:

“And Ahlul Hadeeth preferred the Tamatu’ of ‘Umrah in Hajj and this is the saying of Ash-Shafi’ee, Ahmad and Ishaq.”

So we say to the detractors, it is you who did not exist as a madhab to be blindly followed in the first three centuries whereas there was ijmaa, consensus upon the Ahlul Hadeeth’s way, books, Aqeedah and juristic acceptance. How would there be agreement on the Hanafis madhab which only began in the fourth century seeing that there usool, Aqeedah and Fiqh opposed the correct way, that is of the Ahlul Hadeeth.

Fifthly, there is not a single scholar of Ahl us Sunnah who has detracted from the acceptance of the sihaa sitta and those who authored them, that is the scholars of hadeeth in the first three centuries. Yet, all the Ahlul Hadeeth and some madhabists refute, contradict and challenge the narrative of the books of usool and Fiqh in the Hanafee madhab. The reasons are self evident on why this would be the case when the Hanafee books of Usool and Fiqh state:

“Every ayah/hadeeth which contradicts our scholars madhab will be abandoned and explained as either being abrogated or left due to precedence of some other text” (Usool karkhee p.13

“May the curse of Allah be upon the one who refutes the saying of Abu Haneefah as much as the grains of sand” (Durr al-Mukhtaar (1:63)

“The prophet Isa upon his return will gave verdicts based upon the rulings of Abu Haneefah” (Durr al-Mukhtaar (1:55) and Tahtaawee (1:40)

“The study of hadeeth will lead one to destruction” (Hidayah (1:68)

When discussing the cure for a continuous nose bleed the author of Qadee Khaan reports:

“Seeing as alcohol will be permissible in jannah then to have some type of alcohol as halaal in the world in preparation of the hereafter is permissible” (Shaamee (2:256)

The companions Salmaan Faarsee being as a companion was greater than Abu Haneefah due to this but was not as great as him in the field of dawah and spreading the deen” (Shamee (1:40)

Note, we have purposefully left out certain beliefs and matters of Hanafee Fiqh as it is not prudent to mention them in this work.

Sixthly, Ibn Sireen and the salaf are in agreement that “the chain of narration is from the religion” [Muslim]. If you consider the books of Ahlul Hadeeth and compare them to the madhabs you will surely see that the Ahlul Hadeeth provide chains of transmissions back to the prophet and sahaba yet the hanafee books of Aqeedah and Fiqh are absent from chains of transmissions and are mere assertions and opinions of men. Yet we are told by the detractors of the ‘obligation’ to follow the verdicts/madhabs and sayings of men without any evidence of sound chain of transmission!

We say, pick up and read the hanafee books of usool and Fiqh and see how many chains they transmit back to Abu Haneefah whom they see as the leader of their amdhab or the sahaaba? it would be good if such evidence could be provided!!  This point in itself is sufficient to prove the invalidity and innovation of the existence of the Hanafee madhab and the truthfulness and existence of the Ahlul Hadeeth at the time of the salaf for one who wants to see!!

Much can be said about the efforts of Ahlul Hadeeth in transmitting hadeeth and it is an unequivocal fact that the sahaaba would learn and teach other hadeeth and fiqhul hadeeth but not Hanafee madhab. There was no existence of the Hanafee madhab to be blindly followed in the era of the salaf. For example,

Umar had befriended an Ansaari Companion from the Bani Umayyah Bin Zaid tribe and that he would take it in turns with him to hear the sayings of the prophet and they would share them with each other. (Bukharee (1:68)

The companion Wail Bin Hujr travelled a long distance in cold weather just to learn the hadeeth of salah from the prophet (Sunan Abu Dawood (2:68)

A companion sent his wife to the mother of the believers Umm Salamah to ask about the hadeeth of what the prophet said about a person kissing his wife whilst fasting (Bukharee no.1969)

These examples establish that the Ahlul Hadeeth way of learning the book and hadeeth was an established way during the time of the prophet whilst there was no teaching of Hanafee Fiqh whatsoever.

In fact, the prophet order Abu Hurairah to write as anything uttered by him would only be the truth (Sunan Daarimee no.490). The Prophet ordered that hadeeth pertaining to inheritance be written down for the companion Abu Shah (Bukharee 2:59) and the prophet himself wrote hadeeth for Ali which became known as the ‘Saheefa as Saadiqah’ (Bukharee (5:27). There is no doubt at all that the way of Ahlul Hadeeth of writing, spreading and learning hadeeth was fully established by the prophet himself. Contra, we ask show us any evidence that the prophet wrote and verdict of any Imaam? or the companions spread any madhab?  Surely, the prophet or his companions would never ever be pleased with the usool and Fiqh that we have listed above from the Hanafee madhab.

Finally, we want to conclude by reporting how the blessed sahaaba were eager to preserve the hadeeth and in then spreading it as this is evident from the chains of transmissions handed down to us from them. Had the companions not done this we would not have the deen as it is with us today and would have been left with sayings and opinions of men with every man saying what he willed and how he wanted.

No one was more eager to ask about hadeeth and its meanings than the companions and this is because the ‘Fiqh’ and understanding of the hadeeth is also found in the quran and sunnah itself and not in innovated madhabs invented in the fourth century onwards.

Once Abu Huryrah asked the prophet who it will be easiest for to receive his intercession in the hereafter? The prophet explained this hadeeth of his further by saying to Abu Hurayrah:

“I have seen your fervour to find out about the hadeeth”

and then he continued:

“The people most deserving to receive my intercession will be those who say none have the right to be worshipped but Allah” (Bukharee no.99)

Pay attention to how the student is studying Hadeeth, the prophet is calling what the student is seeking an explanation about as ‘hadeeth’, how the student seeks further explanation once again from hadeeth and the students fervour to know about hadeeth so he can spread it and act upon it!! After such evidence to dispute the validity of the way of seeking and following hadeeth right from the era of the companions does not seem to be academic honesty by the detractors.

We ask Allah give us the strength to be upon the way of the Ahlul Hadeeth, the companions and those of the salaf who were upon their way and to give us the fervour like Abu Hurayrah to seek nearness to Allah through the teachings of hadeeth. We conclude by saying that the Ahlul Hadeeth are not a new innovated group without academic heritage, Aqeedah and Fiqh. Instead, it is the Hanafee detractors who follow opinions of men over and above teh hadeeth and a madhab which had no existence in the time of the prophet, companions or first three centuries. Allah knows best.