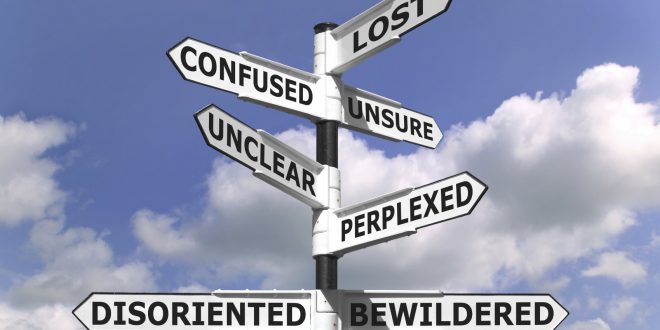 YQ while attempting to define the quietist or purist trend of Salafism, as the western academia have come to broadly use this term mentions a definite fact which has a significant basis in the works of the early pious ancestors. YQ during his lecture at the Future of Salafism Conference in Oxford UK and also throughout the presentations of other speakers, was very vocal and outspoken and brazenly used the term Madkhali to describe the puritan or quietest trend of Salafism, as if he was obsessively fixated with the deranged term because of what and how it was related to Shaykh Rabi b. Hadi al-Madkhali.

At timestamp 20:17 YQ says, and we quote verbatim

“Some Quietest interpret the texts to indicate that supporting the ruler is an act of faith and a fundamental pillar of the religion and so if you do not support the ruler you are a heretic and of course a primary example of this is the Madkhalis, they make it a theological point of faith that you must support the ruler. Out all of the quietists, whatever my personal position might be about them they are the most consistent they will support the ruler regardless.”

Jonathon Brown interjects and says “any ruler or just..”

YQ continues and says any ruler as long as there is no kufr buwaha – open disbelief.

Then at timestamp 36:37 he talks about the development and changes in the Salafi trend in Egypt and goes onto say that the only person who remained consistent was the small strand of Madkhali Salafism the most famous amongst them, (Shaykh) Muhammad Saʿid Raslan, Hafizahullah.

This idea of the Salafis being consistent in their belief system is a hallmark of the Salafis or what academics incorrectly refer to as Madkhalis. The Salafis have a rich history and an illustrious legacy of being united. For instance, Imam al-Bukhari (d.256H) said:

“I met more than a thousand men amongst the people of knowledge from the people of al-Hijaaz, al-Makkah, al-Madeenah, al-Koofah, al-Basrah, Waasit, Baghdaad, Shaam and Egypt. I met them numerous times, generation after generation and then generation after generation.’ I met them while they were ample and widespread for over forty-six years; the people of ash-Shaam, Egypt and al-Jazeerah twice, (the people of) al- Basrah four times in a number of years. (Those of) al-Hijaaz (over a period) of six years and I cannot enumerate how many times I entered (upon the people of) al-Koofah and Baghdaad along with the muhaddithoon of Khuraasaan, amongst them: al-Makkee ibn Ibraaheem, Yahyaa ibn Yahyaa, ‘Alee ibn al- Hasan ibn Shaqeeq, Qutaibah ibn Sa’d and Shihaab ibn Ma’mar.

And from the people of al-Jazeerah: ‘Amr ibn Khaalid al- Harraanee.

“We have reached the Scholars in all the lands – The Hijaz, Iraq, Sham and Yemen, and from their Madhhab was…” (Asal al-Sunnah wa Ei’tiqad al-Din, 1; al-Lalaka’i Sharh Ei’tiqad Ahl al-Sunnah Wal Jama’ah, 1:176-180)

Meaning that they encountered various scholars in the different lands and they were upon the same creed and methodology Some biographers and historiographers mention Abu Hatim al-Razi had over 3,000 teachers.

When these Ahl al-Hadith saw people going away from the ma’ruf (that which was known by way of necessitating and following the Messenger of Allah sallahu alaihi wasallam) and they could see people leaving the authentic narrations and they could see people from the various sects making tanqid and making disparaging remarks against the narrations the scholars of hadith began to refute these people and began to warn against them in their gatherings. The Ahl al-Hadith began to mention the real meanings of the words of the Messenger of Allah sallahu alaihi wasallam as they ought to have been understood.

So it is fair to say from this evidence that the scholars of hadith who authored all of the works in promoting the ittiba (following) of the Messenger of Allah sallahu alaihi wasallam in reality they are the Ahlus Sunnah and have more of a right to call themselves the Ahlus Sunnah then any other person or group and this is because according to the scholars the real meaning of Sunnah is to follow the authentic chain of narration (hadith) from the Messenger of Allah sallahu alaihi wasallam concerning the ahkam and to act upon that and to stay away from that which has come by way of a forbiddance in these narrations. Thus this is a clear evidence to say that the Ahl al-Hadith, Ashabul Hadith are actually none other than the Ahlus Sunnah themselves.

If someone was to say that if this is the case then every other sect other than the Ahlul Hadith also mention various narrations as evidences for their beliefs and their actions then what do we say about them? Then our response is, that those which in opposition to an authentic narration bring a weak narration, in opposition to a complete narration, bring a mursal (an incomplete) narration, in opposition to a marfu’ narration (a narration that reaches with complete chain the Messenger of Allah sallahu alaihi wasallam) bring a mawquf narration (that which does not reach the Prophet sallahu alaihi wasallam but a companion) then they cannot be on the same level as the Ahl al-Hadith whichever sect they may be from!

In conclusion, even the most misguided of people will inadvertently speak the truth. The Salafis have not given any Tom Dick or Harry any authority whatsoever, to classify us, we are only one type of Salafi and the others are not Salafi, even if people are adamant in doing so. YQ inadvertently admits the Salafis follow the Divine Texts which naturally allows us to be consistent for 1400 years. If YQ and those upon a similar methodology to him are going to use the term Madkhali for us, then it is only fair based on this consistency that he innovates another term for the early Pious ancestors, as they were also on this consistency.

In the same video, YQ also distorts and manipulates some key facts, whether out of ignorance or deliberately, both are equally bad and intellectual dishonesty, but what do you expect from such people? Shaykh Fawzans view regarding the rulers and obeying him is based on the texts, our obedience to them and following the Sunnah. The reason YQ gives his concocted explanation is because he cannot label Shaykh Fawzan as a Madkhali. I believe this is a methodical and deliberate distortion of the true facts in order to brush away a classification dilemma. More on this deception later In-Sha-Allah