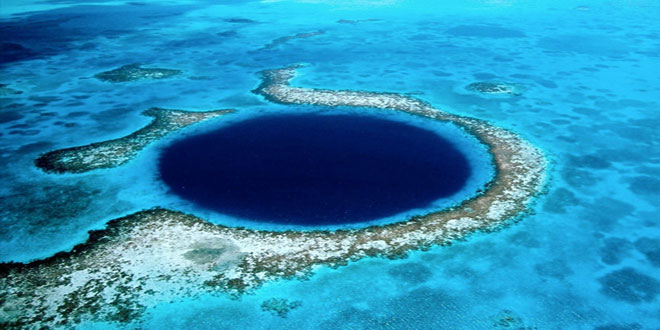 All praise is for Allah the one with whose face the believers will be immensely rewarded in the hereafter as they will see his glorious face and between them and Allah there shall be no covering or barrier. We ask Allah with the waseelah of all of his tremendous names and attributes that he makes us from amongst those who will be honoured with such a blessing and not from those who deny and explain away that he does not have a face thus inviting the punishment of Allah upon themselves, misguiding themselves and misguiding others. May there be infinite blessings and salutations upon our master Muhammad and all those who follow him with righteousness until the last day.

In this short introduction to the book concerning the Ashaa’irah we will be discussing some of the fundamental points that the Ahlus Sunnah Wal Jam’ah have alluded to when they have analysed the various sects that have reared their heads splitting away from the saved sect, the Ahlus Sunnah, The Ahlul Hadith, the Ahlul Athar, Salafiyeen. We will also be exploring the basic definition and implications of the term “Ahlus Sunnah Wal Jam’ah,” especially in relation to the Names and Attributes of Allah Subhanahu wa-Ta’ala and the stance of Ahlus Sunnah concerning those that have gone far away from the Ahlul Sunnah concerning their position on the Names and Attributes such as the Asha’irah and Mu’tazilah.

We will also attempt with the aid of Allah o delve into how some of the deviated sects such as the Asha’irah have tried to use the Qur’an and sometimes the Sunnah for their own benefit and have in fact even gone further in creating principles and rules when it comes to the Names and Attributes of Allah and the reader will come to know that these principles are based upon innovations which they have established  so that they can beguile other people whilst also fooling themselves!

The reader will come to realise that the Asharis and those splinter sects outside of Ahlus Sunnah Wal Jam’ah have those from amongst them that even went to the extremities of lying upon the Messenger of Allah Salllahu alaihi wasallam and we shall discuss some examples where ahadeeth have been fabricated so that the Madhab and innovated principles of the Ashari’s can be pushed forward to the people concerning making Ta’weel (interpretations) in the Names and Attributes of Allah Subhanahu wata’ala which have not been accepted by the salaf being primarily the companions and the successors.

Blessed are the Salaf and from amongst them the first and foremost the Messenger of Allah Sallalhu alaihi wasallam and the Companions May Allah be pleased with them all for they understood the Arabic language as it was meant to be taken and thus they accepted without any doubt whatsoever all the Names and Attributes of Allah Subhanahu wa ta’ala not having the need to make ta’wil, tamthil, ta’til or even ilhaid.

Blessed are the companions and their successors for none argued or disputed amongst themselves concerning the acceptance of the Names and Attributes of Allah Subhanahu wata’ala and indeed they had a consensus concerning this issue and this is a consensus which was adhered to by the remaining Salaf of this ummah up until today.

The Messenger of Allah sallahu alaihi wasallam said concerning the Khawarij and their father Dhul Khuwaisarah:

They will read the Qur’an but it will not raise higher than beyond their throats and they will leave the religion the way an arrow leaves its prey.” (Sahih Muslim hadith number 2316.)

This hadith is evidently about the Khawaarij but in it is a deeper meaning and that meaning is that the sects of the past and present who have gone away from the Madhab and the way of the Sahabah and the Salaf have clearly misunderstood the meanings of the Quraan and Sunnah, that is the religion, for the hadeeth in Saheeh al-Bukhaari says that they will read the Qur’an meaning outwardly they would profess Islaam and outwardly they would read the Book of Allah and even they will read the narrations of the Prophet Muhammad sallalahu alaihi Wasallam.

However this reading of theirs will be distorted and will be of no consequence to them in relation to benefitting them in their Aqidah because they will not be reading it with the understanding and eyesight of the Companions and the Salaf. No doubt this was one of the fundamental reasons for the deviations of the various sects who left the way of Ahlul Hadeeth like the Khawaarij who ended up making mass takfir upon many of the Muslims on account of major sins.

They read the Qur’an and they tell the people that they read the hadeeth and they try to provide evidences from the sources of the Qur’an and hadeeth but they have their own interpretations and this is what this hadeeth refers to, reading the Qur’an or reading the hadeeth is not sufficient if it does not penetrate the heart or does not even go beyond throats and the only way that the hadeeth and the ayah of the Qur’an will be of benefit and penetrate the hearts and be part of Iman based actions upon the limbs is if the understanding and the fahm is taking by the Messenger of Allah sallalahu alaihi wasallam, the blessed companions and the Salaf of this ummah.

How beneficial would it have been for the past and the current day sects especially the Asha’irah to reflect upon and understand the tremendous saying of the Imam, the Zahid Imam Zuhri (Rahimahullah) who said:

“Islaam means, for Allah (Subhanahu wata’ala)to make the bayaan by way of revelation, for the Messenger of Allah (sallahu alaihi wasallam) to make the balaagh by way of spreading, explaining and conveying that revelation, and for us is the taslim, that is to accept without any hesitations and conditions.” (Zuhd of Ibn Abi Aasim (pg.78), Hilyatul Awliyah of Abu Nu’aym (3/369), Aqidatus Salaf Wa Ashabul Hadith of Abee Isma’il as-Sabuni and Ibn Hajr has also recorded this in his al-Fath with an authentic chain.)

So we have some of the old Ashaa’irah in the past, so it is important to distinguish between the previous scholars who were influenced by the Ashari creed yet they affirmed Allah being above the Throne and many of his Attributes as they have come to us by way of the Salaf, whilst erring in some methodologies concerning the same, such as, Qadi Abu Bakr al-Baqilani, Imam Abu Bakr al-Baihaqi, Abul Hasan Ibn Mahdi at-Tabari, Abul Hasan al-Ashari, Ibn Kullab and the modern day Ashari’s who are not actually Ashariyyah but more Jahmi, Sufi, Mu’tazili and Murji.

The modern day Asha’irah who make various claims and arguments about why they feel the need to make interpretations in the Names and Attributes of Allah Subhanahu wata’ala and they attempt to attribute their innovation back to the Salaf who of course are absolutely free from such beliefs.

One of the things which the Asha’irah of past and present have tried to hide behind is the term Ahlus Sunnah and they claim that “to make Ta’wil (metaphorical and figurative interpretations) of Allahs attributes and to make Tafwidh (not giving the attributes a meaning that was understood by the Salaf as they have come)  is the way of Ahlus Sunnah Wal Jama’ah” and in this they try to beguile the common people by making them think that this way is the way of the Sahabah and the first three generations. So we ask who are the Ahlus Sunnah? How did the Salaf understand this term and in general, what does it entail?

“it is a way which is established in the beliefs and actions and it is a way that the Prophet sallalahu alaihi wasallam and the rightly guided Khulafah were upon, this is known as Sunnah tul-Kamilah (the complete Sunnah) and this is what the Salaf would call Sunnah and it would all be included within this definition.” (Jam’e al-Ulum Wal Hikam of Ibn Rajab (pg.282)