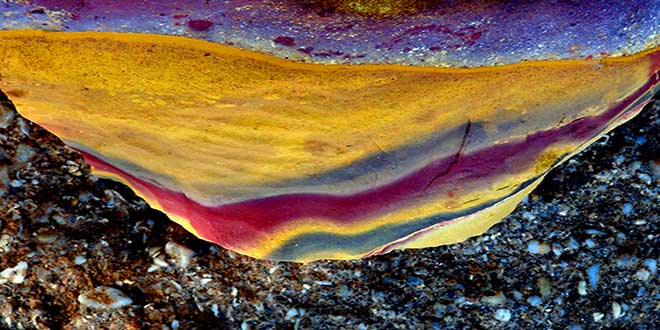 Due to the fact that most of the chains of transmission and ijazah pass through Shaikh Shah Waliullah in the Indian subcontinent, the barailwis are effortesley engaged in attempting to prove their barailism from some of his statements. The deobandis on the other hand also attempt to establish without any other conclusion except that Shaikh Shah Waliullah was the founder and patron of the deobandis movement and Dar al-Uum Deobandi and they do this with great vigour. Therefore on this premise they claim in their statements and writings that he was a hanafi muqallid and the true and real representative of the hanafi madhab in the Indian subcontinent. The Ahlul Hadith also consider him to be the reformer of the Ahlul Hadith methodology in the Indian subcontinent.

Also due to the fact the special edition of al-Furqan journal published in bareli on Shah Waliullah received recognition and fame from it and it was also published in a book form. So let’s have a look at the statements cited by the famed deobandis in attempting to prove that he was a hanafi like them.

He was the rector of of Khair Al-Madaris in Multan, he presented a statement of Shah Waliullah in evidence of trying to prove he was a hanafi. This was his strongest proof and this was a passage from the treatise Insaf from the fourth chapter which states,

“It is unlawful for the people of India (greater India) to abandon the taqlid of the hanafi madhab” (Al-Furqan second edition pg.398)

When Maulana Mohammad Ahsan Nanotvi translated Insaf he added the chapter heading to the contents page and then in taqlid of him Maulana Khair Jalandari and as the proverb goes whilst hanging on a thin line, used this as a basis of his argument and cited it where as in reality the true understanding of this passage is in total opposition and contrary to the claimants view, Nanotvi translated the passage as,

“Sometimes taqlid of a specific imam is obligatory and sometimes not. For instance when an individual is in the greater Indian States or the cities of marw or nahr and there is no scholar who adheres to the shafi Maliki or hanbali madhab nor are there any books belonging to these madhab said then it is obligatory upon him to do taqlid of Imam Abu Hanifah and thus its is haram for him to leave the madhab of imam Abu Hanifah because in such an instance he will abandoned the shariah be misguided except if the situation is that he is in the two sanctuaries because if he was there he would have access to all madhab said.” (Kishaf Tarjamah Insaf pg.71)

It is clear from Shaikh Waliullahs statement that taqlid of a specific madhab only becomes obligatory when there is no other madhab in that particular area or country or if scholars of any other madhab are not present. Even to the extent that if there are no books of the other madhab said in that area. So for instance at the two sanctuaries there is abundant knowledge from the scholars of the different madhab said and hence it would not be obligatory to do taqlid of one specific madhab.

However Nanotvi and Jalandari declared taqlid of the hanafi madhab for the people of greater India to be obligatory and haram to leave it or reject it. So dear reader you decide for yourselves is this not distortion of Shaikh Shah Waliullahs statement and thus deceiving the people.

So your various institutes of learning and higher Islamic academia throughout greater India which are second to none in tears of their Islamic education and on par with institutes from the Arab world, for example Dar Al-Ulum Deobandis, Mazahair al-Ulum Saharanpur, Fathpur and other hanafi madaris in Delhi, Dhabel, in Pakistan Dar Al-Ulum Ashraf Jamia Abbasiyyah etc, the teachers and lecturers in these places of learning are not in need of any introductions, they are known for their knowledge and virtue (amongst the hanafis) and they have authored books on all sciences and disciplines from explaining the books of the Sahihs and other books of Hadith and Dar Al-Ulum Deobandi has published many of them.

Furthermore, there are published books and manuscripts in the vast hanafi libraries and publishing houses.

Maulana Ubaidullah Sindhi has also said something along these lines without any evidence and has just said the Muslims of greater India should remain within the hanafi madhab.

The proud Deobandi scholar Mawlana Yusuf Binnori argues that just as some of the previous scholars were attributed incorrectly to be adherents of the different madhabs why corrupt Shaikh Shah Waliullah in the same way and force him to be a hanafi. (Furqan pg.383)

However the editor of the Furqan journal and a well known Deobandi hanafi scholar has himself rebuked and rebutted those who say Shaikh Shah Waliullah was a hanafi. He said in summary

The way we generally understand the hanafi madhab and the hanafiyyah in our times and today amongst our circles and then to impose this onto shah Waliullah and say he was a hanafi is most definitely extreme and vehement coercion. How can such a person be called or considered to be a hanafi according to our current understanding. His principles were to always take from the Quran and Sunnah and likewise he declared it obligatory and a challenge upon jurists to refer to the Quran and Sunnah and declared this to be an obligation upon the Ummah until the day of judgement. His research led him to establish such chapter headings in his hujjatullah Al-Balighah and in the same book he accepted the position of other scholars and imams to be more stronger. He mentions his position on issues that the hanafis differ over even today. Similarly Shah Waliullah adopted positions which were contrary to the hanafi madhab ie the issues of Qulatain, Raising the hands, the adhan and Iqamah and the Friday prayer based on a certain number of people.

So if such is the case of a person today who calls himself hanafi, the hanafis of today would never accept him to be a hanafi or his hanafiyyah. Shaikh Sulieman Nadwi writes in his notes to the life of Shibli Nu’mani that Shah Waliullah referred himself as a practical hanafi but a shafi in terms of teaching and ideology and in some of his books he gives precedence to the reciting of fatihah behind the imam and raising of the hands which is contrary to the hanafi madhab. (Hayat Shibli 1/45)