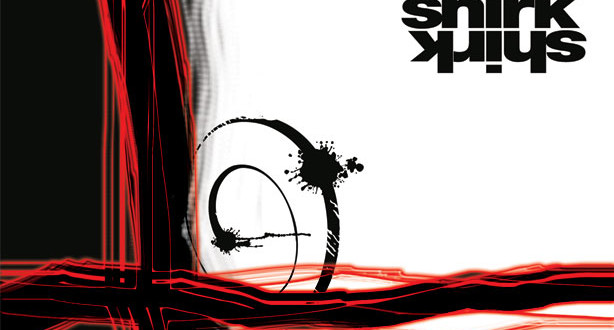 The Shaikh has mentioned twenty chapters under how shirk is manifested in the Ummah. From amongst them he said:

To seek help assistance from other than Allāh.

Mankind in the world through their dealings assist and cooperate with one another.

“Cooperate with one another upon good and god fearing” [Al Māidah:2]

However, concerning those issues in which one has no control or ownership and which belong solely to Allāh by way of his qualities then to seek help from the creation expecting from them these qualities is to make shirk with Allāh.

“Do you not know that the owner of the heavens and earth is none other than Allāh, And besides Allāh you have neither any Walî (protector or guardian) nor any helper.” [Al-Baqarah: 107]

Since there is no guardian or helper other than Allāh then how can one seek such help from other than Him? In fact, to do so is to make shirk with Allāh.

Shirk has become so embedded in our society that certain people when they meet each other instead of giving the Islamic greetings of salām one will say “O Alī [the companion and 4th Caliph] help me” and the recipient will say “My guide and protector Alī help me”.

Do these people not see that Alī could not help his son in the travesty of Karbalā in which he was martyred? Nor could he save himself against his killer Ibn Muljim. In reality, Alī himself was always in need of Allāh and did not have the power to benefit and protect himself.

Those that have abandoned the legislated salām of salutation have shown a clear opposition and enmity to the Lord of all Mankind, Allāh. Allāh says,

“If Allāh helps you, none can overcome you; and if He forsakes you, who is there after Him that can help you? And in Allāh (Alone) let believers put their trust.” [Āli-Imrān:160]

“If Allāh is aiding you then no person can overcome or humiliate you and the opposite is also the case. Thus do not leave the commands of Allāh for the sake of another but instead leave others instead of the commands of Allāh. The believers should rely only on Allāh and not on others”.

This ayah shows that even in affairs in which a person has ability help another in this world cannot do so unless Allāh wills and allows. Therefore, to ask creation in that which they have no ability or control is furthermore inconceivable.

Then this is why we have been commanded to read in every prayer the Fātiha which has within it:

Therefore, without doubt the Muslims creed should be based on only seeking help and aid from Allāh but even in this regard some people from amongst those who should know better fell short!

The famous Deobandī sect scholar Mahmūd ul Hasan who they refer to as the ‘Shaikh of India’ said in his tafsīr of this āyah that:

“This āyah shows that to seek help from other than Allāh’s being is completely impermissible. However, if one was to find a pious person who is accepted and purely to gain the Mercy of Allāh one was to put him before Allāh [as an intermediary] then this is permissible. To seek help from this person will actually be as if one is seeking help from Allāh”.

[Meaning of the Qurān with notes of benefit. V1/2]

So we say that such explanations open wide the door of shirk with Allāh; and it is with such explanations that the people use to justify to call upon other than Allāh with words such as calling upon the Prophet “Yā Muhammad”, the Angels, Abdul Qādir Jīlāni or other than them.

In the battle of Badr when Allāh sent the angels to help the Muslims and the resulting happiness of that Allāh says:

“And Allāh made it not except as [a sign of] good tidings for you and to reassure your hearts thereby. And victory is not except from Allāh, the Exalted in Might, the Wise” [Āli Imran:126]

This means that the sending of the angels has been mentioned just so to reassure the companions and to change their anxiety into happiness and tranquillity. Otherwise, in reality it is not the angels who helped but Allāh alone as is evident from the ayah, and the angels being sent was only by Allāh’s authority and command and He can decide to help whomsoever and however He wants.

“And those whom you call upon besides Him (Allāh) cannot help you nor can they help themselves.” [Al-Arāf:197]

In reality those who are in the mausoleums, graves and various places where people gather to call upon other than Allāh are in need of the caretakers of the graves and mausoleums to protect the food, wealth and money that the ignorant people leave at their graves. They cannot help themselves from the thieves so how can they help others?

“And they have taken besides Allāh âlihah (gods), hoping that they might be helped (by those so— called gods). (74) They cannot help them, but they will be brought forward as a troop against those who worshipped them (at the time of Reckoning).” [Yā-Sīn:74/75]

It means those who have fallen into shirk are hoping for assistance and help from those that they call upon and thus to call upon them is completely futile. Then from amongst these people who call upon others is the like of the Deobandī spiritual guide, scholar, Hāji Imdādullāh Muhājir Makki Hanafī Chishtī Qādrī Naqshbandī Sohrwardī says about his own guide Pīr Shāh Nūr Muhammad whilst addressing him the following couplets of poetry:

“You O Nūr Muhammad a special beloved of Allāh

In India are the deputy of prophet Muhammad

Whilst you are the helper then what is there to fear

Now is the time to help us O Shāh Nūr Muhammad

I say, if so called scholars have corrupt beliefs such as this then what can one expect of the ignorant lay person? Then it should be known that there is no doubt that such a call for help is shirk with Allāh as is evident from the verses above.

Ubādah Bin Sāmit narrates that in the time of the Prophet there was a hypocrite who continued to hurt the believers. Some people said let us go to Prophet Muhammad to seek help in this affair. The Prophet upon hearing this said help is not sought from me but only from Allāh alone.

So if help cannot be sought from the Prophet then how is it conceivable one can ask for those who are less than him in rank and status?

In another hadith he said:

In this hadith the prophet has explained to his close tribespeople and relatives that he has informed them of the correct path to attain salvation and have no control or authority over saving his relatives and own daughter before Allāh unless they have the correct deeds [which she does undoubtedly]. So how can then any Shaikh or saint help his followers in times of distress when the Prophet cannot do so?

This hadith informs us that we should at all times direct our seeking aid and assistance to Allāh alone seeking His pleasure as He is the only one who can assist.

“And ask Allāh of His Bounty. Surely, Allâh is Ever All-Knower of everything” [Nisā:32]

Shaikh Abdul Qādir Jīlānī after mentioning the above hadith says,

“Every Muslim should keep this hadith in his heart like a reflection at all times. He should base his entire life on this hadīth using it as a guide and example. He should continue to act upon it so that it becomes a mean for salvation in the worldly life and hereafter”.

“The Prophet said to my father: ‘O Husain, how many deities do you worship now?‘ He said: ‘Seven. Six in the earth, and one above the heavens.’ He said: ‘So which of them do you take for your ardent requests and fears?’ He said: ‘The one above the heavens.’ He said: ‘O Husain, if you would but accept Islam, I would teach you two phrases that would benefit you.’” He said: “So when Husain accepted Islam, he said: ‘O Messenger of Allah, teach me the two phrases you promised me.’ So he said: “Say: O Allah, inspire me with my guidance, and protect me from the evil of my soul (Allāhumma alhimnī rushdī, wa a`idhnī min sharri nafsī).’”

Whilst in a state of kufr the father of Imrān confirmed that it was only Allāh that should be called upon with all requests being made to Him and Him alone being feared. Hence, this was the creed of the disbelievers. What a calamity that today so called Muslims do not even have this same belief and instead seek help, assistance and show reverence and fear to the ones who are dead in the graves!! This companions story should be a lesson to all and we learn clearly that the one true Lord above the heavens should be called upon alone with no partners at all times.

“And do not do mischief on the earth, after it has been set in order, and invoke Him with fear and hope; Surely, Allâh’s Mercy is (ever) near unto the good-doers.” [Al-Arāf:56]

In conclusion, these narrations substantiate that no one can assist, aid, remove a calamity, or with whom trust, love hope and fear should be placed in other than the Lord of the Almighty Throne Allāh Himself. No prophet, angel, saint, scholar or any part of creation as a matter of fact can assist as they do not control the affairs, nor do they have the authority from Allāh to assist nor are they deputies of Allāh to whom Allāh has designated His Power to assist. Indeed, all creation itself is always in need of Allāh so we should therefore only call upon Him.