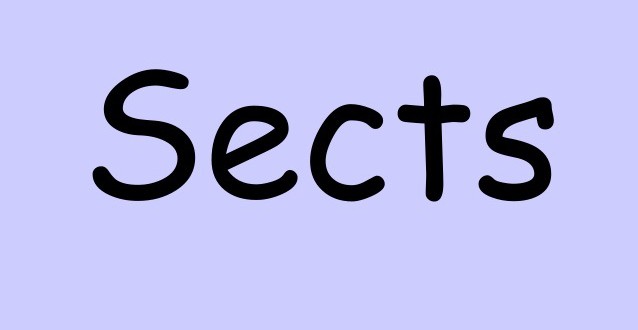 Are the Ash’aris from Ahlus-Sunnah?

Questioner: The next question is, “Are the Ash’aris from Ahlus-Sunnah? And what is out stance towards the modern-day Ash’aris?”

Al-Albaani: I do not share [the view of] some of the noble scholars of the past and present that we say about a group from the [many] Islamic groups that it is not from Ahlus-Sunnah due to its deviation in one issue or another from what we hold to be religion before Allaah تبارك وتعالى, and thus, the exact same answer as was given to the previous question applies to this one, i.e., about an Islamic Jama’ah or Jamaa’aat when its manhaj is clinging to the Book and the Sunnah upon the manhaj of the Salaf as-Saalih but who deviated in some issues in thought or writing and thus left the manhajwhich they [i.e., the Salaf] were pleased with as their religion and aqidah, if it is like that then we say they are from Ahlus-Sunnah.

As for those amongst them who proclaim, as we hear from some of the laterAsh’aris, that, ‘‘The madhhab of the Salaf is safer, but the madhhab of theKhalaf is more informed and is more precise.’’ At that time we say: they have left the fold of Ahlus-Sunnah.

Al-Albaani: Yaa akhi, I think [in previous discussions] we [already] finishedthe topic of declaring Muslims to be disbelievers [takfeer], inshaa Allaah, [and we said] that it is a dangerous, a very dangerous issue, and that it is not allowed to rush into it except after questioning the aqidah of this person who it is intended to declare to be a disbeliever. In the previous sitting we mentioned that the proof must be established even if he shows or expresses it about himself on his own tongue, we have to establish against him the proof that this is disbelief is in opposition to the Book and the Sunnah.

So it is dangerous and severe, rather an imitation of the Khawaarij of the past, that we rush to declare to be disbelievers our Muslim brothers who share with us the testimony that none has the right to be worshipped except Allaah and who pray our prayer, fast our fast, and face our Qiblah, these positive things which they share with us, it is not right that we squander that and give it no weight just because we see some deviance in them.

For a surety it is obligatory on us to help them away from their misinterpretation, from their deviation. As for us straight away just saying that these people are disbelievers or have apostatised from their religion, then this is not the condition of a righteous Muslim who is acquainted with the Book and the Sunnah [questioner starts saying something] … be patient …

I don’t hold that we should say that they are not from Ahlus-Sunnah wal-Jamaa’ah whatsoever, because they in reality are as Allaah said even though it was concerning another occasion, “They had mixed [i.e., polluted] a righteous deed with another that was bad. Perhaps Allaah will turn to them in forgiveness.” [Tawbah 9:102]