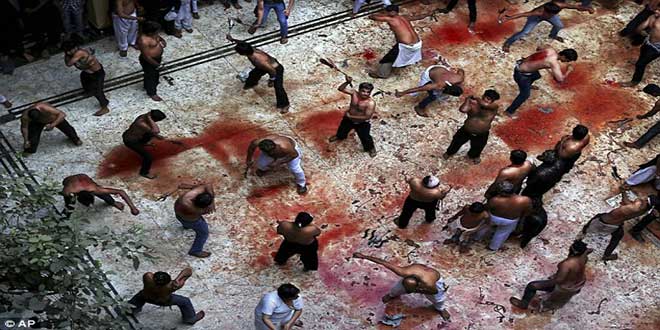 The Shīʿa Rāfiḍah over the centuries have conjured up numerous lies and allegations upon Ahlus Sunnah. The most dangerous and grave of these is the fabrication of narration is and then making them so common and widespread that the masses are fooled into thinking they are authentic and established.

Once such narration is what the Shīʿa narrator ‘Ibād bin Ya’qūb Rawājanī Al-Kūfī has falsely attributed to the Messenger of Allāh (Sallalahu Alayhee Wasallam) where he allegedly said,

“When you see Mu‘āwīyyah giving a sermon on my pulpit then kill him.”

Then without any doubt whatsoever this false narration is an outright and clear lie without any basis.

The authors of the following books have elucidated this,

In Islam numerous principles and rules are established in respect and honour of the Muslim women. They are respected and cherished as noble chaste women and so these Pristine vanguards have seen established to preserve the honour and dignity of Muslim women.

The Rāfiḍah Shī‘a prey on this powerful Muslim sentiment and have formulated some despicable lies and fabricated distortions.

They claim the soldiers of Umar Ibn Sa‘d gathered the veiled and honourable women of Ḥussain RaḍiAllāhu ‘Anhu and paraded them on camels without any saddles around the city.

All of the women of the household of Ḥussain RadiAllāhu Anhu especially his wives were sent to Shām with great respect and reverence. They were seated in carriages with an envoy of guards under their security and protection.

“Umar Ibn S‘ad ordered that the women of the household of Ḥussain RadiAllāhu Anhu, his sisters, his daughters, his female servants to be guarded and veiled and then taken on camels” [Akhbār at-Tawāl [pg.259] Shī‘ī]

As already mentioned in Part 11 that Yazīd did not order the killing of Ḥussain RaḍiAllāhu Anhu but rather his safe secure.

This then follows that when the news reached the Capital of the Muslim world, which was Dimishq in Shām. When Yazīd was informed of the tragic events at Karbala He became very upset and his household started to mourn. [Minhāj as-Sunnah [2/239], Majmū’a Fatāwa [27/480] both of Shaikh ul-Islām Ibn Taymīyyah]

When Ḥussain RaḍiAllāhu Anhu’s family was taken to Shām to Yazīd, they were honoured and respected. Yazīd and his family were honourable with them as the books of history mention.

Yazīd then presented two options to them to either stay with him to return to Madīnah. Imām Ibn Taymīyyah mentions in three of his works,

“He (Yazīd) then presented two options to them either to stay with him or to return to Madīnah. so they decided to return back to Madīnah.” [Minhāj as-Sunnah [2/249], Majmū’a Fatāwa [27/480] and in Risālah Rās Al-Ḥussain [p.29]

“They were helped to prepare and a lot of provisions were provided for them.” [Al-Bidāyah Wan-Nihāyah [8/195]

“A righteous and trustworthy man from Shām was sent with them, an animal and a helper was sent so that they are not burdened.” [Tārīkh Ṭabarī [4/254]

“He (Yazīd) prepared them with abundant provisions and said to Alī bin Ḥussain to accompany and travel with his women until they reach their destination ie their land. He then sent a group of 30 men on horseback to ride in front of the travelling caravan. When the caravan would stop the men on horseback would stand far away and eventually they led them to Madīnah.” [Akhbār at-Tawāl [pg.261]