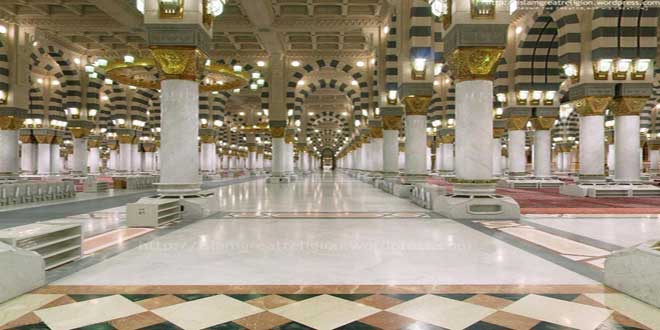 As for the claim of the author of the letter published in the magazine al-Mujtama (no.559), while listing the authors who considered the celebration of the Mawlid to be permissible and their works (concerning this), that the author of Kashf al-Dhunoon fee Usaamee al-Kutub wa al-Funoon mentioned on page 319 that al-Haafidh ibn Katheer authored a number of treatise concerning the noble Mawlid. From amongst them: Jaami al-Aathaar fee Mawlid al-Nabiyy al-Mukhtaar in three volumes, al-Lafdh al-Raaiq fee Mawlid Khayr al-Khalaaiq and it is succinct. And his claim that ibn Fahd mentioned that ibn Katheer authored a book which he entitled, Mawrid as-Saadee fee Mawlid al-Haadee. And his saying that al-Haafidh as-Sakhaawee had a book concerning the Mawlid entitled, at-Tibr al-Masbook fee Dhail as-Sulook  then all of this is a grievous error having no basis for being correct.

As for Jaami al-Aathaar fee Mawlid al-Nabiyy al-Mukhtaar then we looked up Kashf al-Dhunoon to ascertain the truth of his words and we found it under the letter jeem (pg.533) and the text is, Jaami al-Aathaar fee Mawlid an-Nabiyy al-Mukhtaar of Shams ad-Deen Muhammad bin Naasir ad-Deen ad-Dimishqee, died in the year 842, being in three volumes commencing with the words, “all praise is due to Allaah Who displayed Muhammad as the most purest of the Universe”

And we found under the letter laam page 1559 the words, al-Lafdh al-Raaiq fee Mawlid Khayr al-Khalaaiq a short booklet by al-Haafidh Shams ad-Deen Muhammad bin Naasir ad-Deen ad-Damishqee who died in the year 842.

And we found under the letter meem page. 1910 the words, al-Haafidh as-Sakhaawee mentioned in his Daw al-Laami a group who wrote concerning the Mawlid of the Prophet (sallallaahu `alaihi wasallam) from amongst them al-Haafidh ibn Naasir ad-Deen ad-Damishqee who authored in this regards Jaami al-Aathaar fee Mawlid an-Nabiyy al-Mukhtaar in three volumes and a booklet al-Lafdh al-Raaiq fee Mawlid Khayr al-Khalaaiq and it is shorter than the one mentioned before it

And this which is mentioned by ibn Fahd is declared with certainty by as-Sakhaawee and ash-Shawkaanee.

So it becomes clear with all of this that the claims of the author of that article published in al-Mujtama magazine has no basis.

Then what ibn Katheer mentions in the section on the Prophetic biography in his Bidaayah wan Nihaayah, and in his lengthy Seerah and in the sections of Ikhtisaar Seerah ar-Rasool, and in his stand alone treatise on the Mawlid published with the tahqeeq of Salaah ad-Deen al-Manjad, and in his revision to the Mawlid of his shaykh Kamaal ad-Deen Abee Maaalee Muhammad bin Alee al-Ansaaree contained in the section detailing Dalaail an-Nubuwwah in his Bidaayah wan Nihaayah  he does not present anything in these concerning the celebration of the Mawlid of the Prophet (sallallaahu `alaihi wasallam) and neither of the evil practices that have occurred amongst the later generations with respect to the Mawlid. Therefore as long as the matter is like this then we cannot accept the claim of the author of that article.

[Note: and what Muhammad bin Alawee al-Maalikee vainly thinks in his work al-Ihtifaal bi Mawlid an-Nabawiyy ash-Shareef (pg. 38) that the Mawlid of al-Haafidh ibn Katheer is from those works that present celebrating the Mawlid of the Prophet is not correct.]

As for the saying of the author of that aricle that as-Sakhaawee authored a book about the Mawlid entitled at-Tibr al-Masbook fee Dhail al-Sulook then this is also incorrect as-Sakhaawee said in his autobiography contained in Daw al-Laami li Ayaan al-Qarn at-Taasi (8/17) while listing his works, and at-Tibr al-Masbook fee Dhail alaa Taareekh al-Maqreezee as-Sulook containing the events and deaths (of scholars) since the year 45 to this day in 4 volumes so this is what as-Sakhaawee himself clarifies and it is clear that the subject matter of the book is not the Mawlid even though it may contain things connected to the Mawlid. (Translated by Abu Rumaysah and taken from various sites) End of the words from al-Qawl al-Fasl.

The author being referred to here “As for the claim of the author of the letter published in the magazine al-Mujtama (no.559)” is the famous sufi propagator of Kuwait, Yusuf Hashim al-Rifa’i, so Shaykh Isma’il here refuted him and his views, as for the former, he was vociferous in support of the innovated Mawlid celebrations.

1] Hafiz Ibn Kathir was from the Imams of Ahl al-Sunnah Wa’l Jama’ah and rather he was a pioneer of the Salafi Manhaj and the tafsir of the Quran.

2] He did not mention or expound the issue of celebrating the Prophets birthday except that he mentions concerning Muzaffar, the ruler of Irbil that he would celebrate the Mawlid in Rabi ul-Awwal and he would celebrate it extravagantly but he (Ibn Kathir) does not whatsoever in any form or shape endorse the Mawlid and say it is permissible.

And, so ever attributes to Ibn Kathir that he endorsed celebrating the Mawlid, they have to bring evidence and proof, but rather they have no proof or evidences (to support this allegation on Ibn Kathir) and have rather slandered him and created aspersions.

Ibn Kathir, from his al-Bidayah Wa’l Nihayah has merely collated history, events, incidences and biographical accounts from the beginning of time  to his era and he does so based on each year. So he mentions what happened, whether good or bad. In this regard he mentioned the biographical note on Malik Muzaffar and what he used to do in the month of Rabi al-Awwal pertaining to celebrating the Mawlid al-Nabi.

Therefore, it is necessary to make a distinction between a general biographical note and entry, criticism and endorsement.

3] Also when Hafiz Ibn Kathir mentioned the mawlid celebrations and the participation of Malik Muzaffar, he mentions the Sufis would sing from Zuhr until Fajr and Muzaffar would dance with them. He Ibn Kathir said:

“And during the mawlid notable scholars and sufis would attend his gatherings, he would intermingle and actively participate with them, meaning the Sufis, who sing (songs) from Zuhr until Fajr and he would dance with them.” (al-Bidayah Wa’l Nihayah, 17:205)

This statement (of Ibn Kathir) is sufficient to rebuke whoever alleged and claimed Hafiz Ibn Kathir endorsed and acknowledged his new innovation (of milad) the way of the Sufis, their singing and dancing.

“As for the allegation of the unknown writer that Ibn Kathir expressed an explicit opinion about celebrating the Mawlid al-Nabi, then this is from his delusion about what he claims and said about Ibn Kathir.

And whoever alleges Ibn Kathir authored several books (endorsing) the Mawlid al-Nabi, then this allegation and statement is simply not true. He did write a brief treatise on the Birth mentioning the reports concerning this. however, he does not endorse or support the ruling of celebrating the Mawlid (of the Nabi) in this brief treatise or in al-Bidayah wall Nihayah.” (al-Radd al-Quwi, a part of Rasa’il Fi Hukm al-Ihtifal Bil-Mawlid, 1:274-275)

4] Even if for arguments sake we accept that Hafiz Ibn Kathir did endorse celebrating the Prophets birthday, then his statement is not hujjah and we say this a thousand times. This is because hujjah is only the Quran and Sunnah. any statement that confirms to this is acceptable and anything that opposes this is rejected. We also find that the Quran and Hadith warn and rebuke innovations and newly invented matters. This is a principle of the Shari’ah which conforms to the Islamic Shari’ah. As for the Shari’ah of the people desires, it is based on following desires and it built upon deception, trickery, ignorance, lying and visual dreams. (Fath al-A’ziz al-Qawi Bi-Kashf Shubuhat al-Muhtafilin Bil-Mawlid al-Nabawi, 681-684) 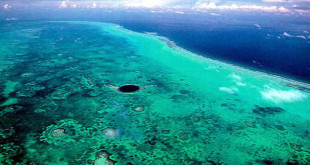 The Reality of the Madhab of Ahl al-Hadith – Part 2

Translated by Abdul Haq al-Ashanti First Principle: One Path You should know, may Allāh have …