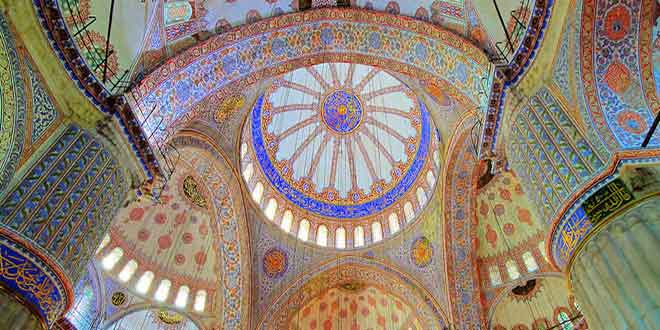 The Mawlid originally was mere reading and recitation of verses and couplets of poems and eulogies in praise and veneration of the Messenger of Allāh Sallalahu Alayhi Wasallam in a melodious manner. The people of innovation further distorted this by opening the doors to further corruption and deviation by introducing corrupt innovation and practices.

Such practices are evident in society today, which are not restricted to any particular area, but rather they are global. Such examples include the formation of images and physical creation of the Prophets Sallalahu Alayhi Wasallam sandals paving the way for idol worship. Cooking lavish and extravagant food and organising gatherings ie ‘Mehfils,’ which are specifically organised by the women.

They deliberately disturb the community by running havoc in the towns by marching and in processions with music and drums. This is often accompanied with both genders dancing whilst free mixing, in some countries where there is no free mixing and dancing, it is compensated by drums and loud chants in unison.

The houses are decorated and adorned with green lights, often in the shape of the Prophetic Sandal. Some people have their whole house decorated with the lights as if were a wedding. One only needs to do a basic search on the internet and you tube nowadays in order uncover the horrific and disastrous scale the shape the innovation of Mawlid has taken and the associated rejected practice that accompany it.

As mentioned, the Mawlid before was reciting and reading eulogies and poems of praise on the Prophets Salallahu Alayhi Wasallam’s birthday. The Mawlid would be recited when someone would recover from an accident or calamity and at times, it would be recited in order to fulfil a vow or oath. They would also recite it when there was need, desire or wish for something.

The Mawlid would often be recited and read annually after the demise of a close relative. This is also a sub continent practice of venerating the dead and holy saints by celebrating their birthdays also commemorating them bur organising festivities with food and gatherings and Sufi Qawali Music. This is commonly known as Urs or Barsi.

Coincidently the first work ever written on the Mawlid was titled al-Arūs as per Neşet Çaǧatay in her paper ‘The Tradition of Mavlid Recitations in Islam Particularly in Turkey’ [pp.128] and she attributed it to an Ibn al-Jawzī of the 6 century Hijri!!! [citation to follow]

This was the custom and practice of the Turks, the people of the surrounding areas and the people of the same ethnic origin, who took from the nations before them and introduced it into Islām. It will be shown later that the Mawlid was borrowed from practices that originated Pre Islam and this is a testimony of it being a clear cut innovation.

The practice of reciting Mawlid was also performed on the 40th day after someone death. In her paper, Neşet Çaǧatay, ‘The Tradition of Mavlid Recitations in Islam Particularly in Turkey’ adds numerous other reasons, she says 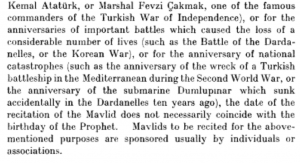 The Mawlid was innovated as a joint venture and collaboration between a Sūfī and the reigning King at the time. He was the King of Irbil, which is located northwest of Baghdād and Suleimanīyyah, North or Kirkuk and South East of Mosul.

Muzaffar al-Dīn was Turkic or Turcoman in origin with ancestry tracing back to Seljuk Turks. He served under the Muslim Zengid dynasty who were Oghuz Turk ie Turkmen on behalf of the Seljuk empire and they ruled parts of the Levant and Upper Mesopotamia which is mostly current day Syria. He also served under Ṣalah al-Dīn’s Ayyubi’s dynasty, which was of Kurdish origin and they ruled over old Egypt and mid Arabia.

His father, Zain al-Dīn Ali Kutchek was the Governor of Irbil (Erbil, Arbela) when he died in the year 563H/1168ce his son succeeded him as the ruler of Erbil but was later deposed, Ṣalah al-Dīn reinstated his rule over Erbil again in the year 586H/1190ce.

Prior to his era the Fatimids were engrossed in their Ghulu and extreme praise and veneration of the household of the Messenger of Allāh Sallalahu Alayhi Wasallam even to the level of claiming divinity for some of them and other such corrupt beliefs. They most certainly had a major role to play in the introduction of this malevolence innovation.