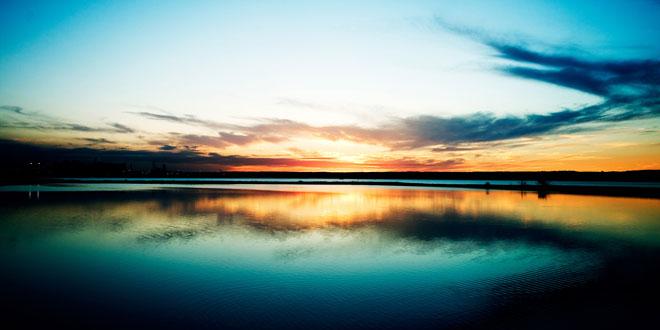 A few brothers sent us emails asking for clarification on Taqlid and whether a form of it is Wajib. They also asked if this was the position of the Ahl al-Hadith and the stance and view of Shaykh Muhaddith Muhammad Nazir Hussain Dehlawi, as it has been alleged that he help a form of Taqlid to be wajib and mubah.

The Scholars of Ahl al-Hadith do not hold a view that there is a form of taqlid which is wajib. This very point contravenes and contradicts the core essence and methodology and way of the Ahl al-Hadith. The scholars from amongst the Ahl al-Hadith who have cited this, have done so with a specific explanation and reasoning. Most of these statements retort back to the last 100-150 years when the intense intercourse between the Ahl al-Hadith and ardent hanafi muqallids reached a peak and other extreme sectarianism was unleashed by the latter group with episodes of violence and dire vilification. They said to the ardent hanafi muqallids if you mean by taqlid that a lay person refers back to a scholar, mujtahid, mufti and then asks him a question, then he must do this as per the command of Allah, which is wajib by default. However, naturally the other group was referring to taqlid Shaksi which are worlds apart.

Then the scholars of that era continued to used this form of explanation in their books and would often cite the same points verbatim. A testimony to this point is that none of the staunch hanafi muqallids have ever claimed the Ahl al-Hadith also say taqlid is wajib as a point of refutation against us as rhetorical answer because they understood and knew very well what the Ahl al-Hadith meant. This is also the reason why some current day Ahl al-Hadith authors also say there is a permissible form of taqlid. The terminology in the later point is by default incorrect as understood by the scholars of Usul who uphold this to be Ittiba and this can be incorporated as word polemics.

In their day discussions were regarding taqlid shakhsi and the Usul al-Fiqh definition of taqlid and to extrapolate this to refer to generic general lumen taqlid is a misrepresentation of what their actual view was.

The citation from Shaykh Muhammad Nazir Muhaddith Dehlawi’s Ma’yar ul-Haq on his view of some forms of taqlid being wajib and mubah (p.75 old edn, p.80 – New edn) and later scholars subsequently citing this from Shaykh Muhammad Nazir Muhaddith Muhaddith Dehlawi is incorrect due to the reasons cited above. Only one student according to my knowledge has cited this from Shaykh Mian Muhammad Nazir Hussain Muhaddith Dehlawi and even that was verbatim. This understanding and writing of the Shaykh in Ma’yar ul-Haq was for the proponents of Taqlid Shakhsi, clarifying by using the language of the people of taqlid but essentially meaning ittiba. This is further clarified with the next point which is to follow inshAllah. To say this was the view of the majority of the Ahl al-Hadith is a gross error and a major deficiency in research of the designated view of the scholars of Ahl al-Hadith. The latter notion is easy rebuked by mentioning the views and positions of the eminent scholars of the Ahl al-Hadith which are well established and citing all of them will lengthen the discussion, however it is pertinent to mention a few points regarding this.

Shaykh Muhammad Nazir Hussain Muhaddith Dehlawi retracted from this expression and stated in not as much words that using such terminology was not correct after research. It is indeed negligent and grossly erroneous to attribute a view to a scholar when the scholar himself has cited a retraction and clarification, if this is not the case i.e. of negligence it certainly is tantamount to poor research and understanding of the view of the Ahl al-Hadith. If we open Fatawa Naziriyyah (1:172)-Delhi Edn) we find in clear words Shaykh Muhammad Nazir Hussain Muhaddith Dehlawi saying,

“This humble simpleton although did say a form of taqlid Shakhsi was permissible in Ma’yar ul-Haq, however after research and investigation it cannot be permissible because something permissible is the right of the legislator and taqlid shakhsi is excluded by the legislator by default….” Then the Shaikh goes on to cite statements explaining this up until (1:180). It should also be noted this is dated by the Shaykh as 1281H

This is then followed by affirmations of over 25 scholars, scholars in their own right and the students of Shaykh Muhammad Nazir Hussain Muhadith Dehlawi’s student who thus agree with this view. The avid reader may refer to it openly.

There are other indicative factors in which Shaykh Muhaddith Muhammad Nazir Hussain rebuked the notion of taqlid being wajib i.e. obligatory. He reprimands this view when answering a question when asked, that some scholars say taqlid is wajib. He answers and says,

“This saying of some of the scholars is incorrect…..

“In summary taqlid is not evidenced from any ayah of the Quran nor from any hadith and neither did any Imam permit anyone from doing taqlid of them. Numerous beneficial treatises have been authored in the censure and rebuking of taqlid and if anyone wishes to refer to the reasons of its futility in detail, then they can refer to these treatise.” (Fatawa Naziriyyah 1:163-164)

Shaykh Muhammad Nazir Hussain’s student were actually of this view contrary to the statement that most of the scholars of the Ahl al-Hadith held a form of taqlid permissible, this is perhaps indeed an oversight by the claimants, again which warrants further detailed research on this issue as well as the view of the Ahl al-Hadith.

Instead of citing all of the names and statements of the scholars of the Hadith refuting the alleged notion it would be more pertinent to just cite a generic overview. Thus the illustrious scholar of Ahl al-Hadith, Shaikh Muhammad Shah Jahanpuri (d.1338H), a direct student and who had ijazah from Shaikh Muhaddith Muhammad Nazir Hussain Dehlawi said

“In this era the people have began claiming taqlid is wajib or fardh and sometimes they say doing taqlid is a sign of the people of Ahl Al-Sunnah. Then a time came when the scholars of Ahl al-Hadith openly refuted this and engaged in debates and discourse. When they failed to provide evidence for their claims ie the legitimacy of taqlid they were forced to say taqlid is not wajib and they were restricted to say this due to a greater benefit and their limitations…” (al-Irshad ila sabil al-Rashad p.161-162)

As mentioned a whole array of statements can be presented from many books endorsing and clarifying this as the valid view and position of the Ahl al-Hadith.