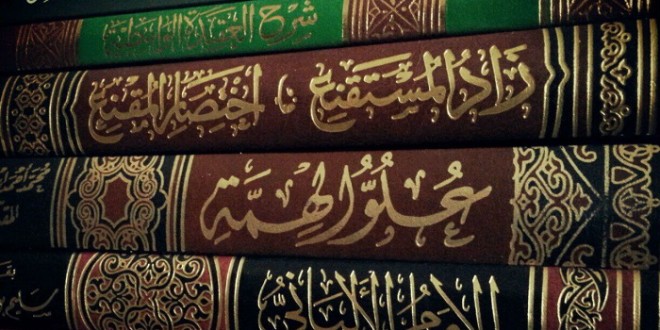 Narrations of the Salaf part 2
Translated by Abbas Abu Yahya

2. From Umar bin AbdulAzeez (d. around 100 A.H.) that he wrote to some people:
‘No one can have an opinion against the Sunnah which was established by the Messenger of Allaah -sallAllaahu alayhi wa sallam.’
[From ‘Jamia Bayyan al-Ilm’ 1/781]

4. From Uthmaan who said:
‘A man came to Maalik and asked him about an issue. So Maalik said to him: ‘The Messenger of -sallAllaahu alayhi wa sallam- said such and such’. The man said to him ‘Do you hold that view?’ Imam Malik said:
فَلْيَحْذَرِ الَّذِينَ يُخَالِفُونَ عَنْ أَمْرِهِ أَنْ تُصِيبَهُمْ فِتْنَةٌ أَوْ يُصِيبَهُمْ عَذَابٌ أَلِيمٌ
<< And let those who oppose the Messenger’s commandment (i.e. his Sunnah)(among the sects) beware, lest some Fitnah befall them or a painful torment be inflicted on them.>> [Noor: 63]’
[From ‘Hileyat Al-Awaaliyah’ 6/326]

5. From Maalik ibn Anas (d. 179 A.H.) who said:
‘The Messenger of Allaah -sallAllaahu alayhi wa sallam- established Sunnan, following them is following the Book of Allaah, and it is completion of obedience to Allaah, and strength upon the Deen of Allaah. It is not permissible for anyone to change it, nor to look into that which opposes the Sunnah. Whosoever seeks guidance by it, then he is guided.’
[From: ‘Siyaar ‘Alaam an-Nubala’ 8/98]

6. From Yahya bin Yahya at-Tameemi (d. 226 A.H.) who said:
‘I heard Abu Yusuf saying: Everything that I have given a verdict about, then indeed I take it back except for that which is in agreement with the Book and the Sunnah.’
[From: ‘Siyaar ‘Alaam an-Nubala’ 8/537]

7. From ar-Rabia’ who said: ‘I heard Shaafi’ee saying:
‘If you find in my book that which opposes the Sunnah of the Messenger of Allaah -sallAllaahu alayhi wa sallam, then take the Sunnah and leave that which I said.’
[From: ‘Siyaar ‘Alaam an-Nubala’ 10/34]

against And let those who oppose the Messenger’s commandment (i.e. his Sunnah)(among the sects) beware lest some Fitnah befall them or a painful torment be inflicted on them authentic Hadeeth Do you hold that view established Every ones statement can be taken or left except for the inmate of this grave -sallAllaahu alayhi wa sallam every statement following Hadeeth Hileyat Al-Awaaliyah isnaad issue Jamia Bayyan al-Ilm Leave Malik Ibn Anas Messenger of Allaah (sallallaahu ’alayhi wa sallam) Narrations Noor: 63 not authentic opinion opposes people Saheeh Salaf Siyaar ‘Alaam an-Nubala such and such Sunnah Umar bin AbdulAzeez Uthmaan Yahya bin Saeed al-Qattaan 2017-03-06
Shehzad Sattar
Share