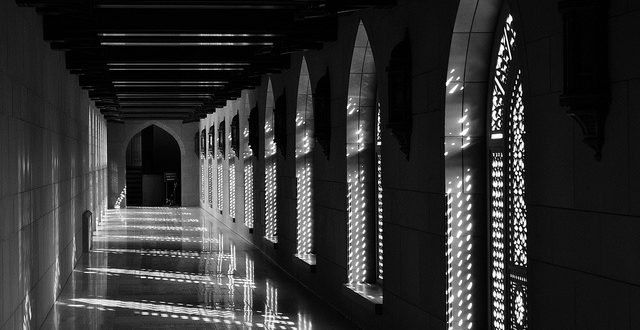 Why Criticize the Latter-Day Callers when An-Nawawee and Ibn Hajr Had Mistakes? – Shaikh Saleh Aal-As-Shaikh

Question: The questioner says, O our virtuous Shaykh, what is your statement, may Allaah reward you with good: You repudiate A-Turaabee, At-Tilmisaanee,[1] Al-Ghazaalee, and Al-Qardaawee; you declare them to be innovators, and you refute them, and backbite them whilst leaving off mentioning their good qualities; while there are Imaams who fell into innovation, such as Ibn Hajr and An-Nawawee; but you mention the earlier ones with good while speaking about (i.e., refuting) the latter ones.

Answer: I say, firstly: This comparison from this person displays his ignorance. How can one compare Ibn Hajr and An-Nawawee to the likes of At-Turaabee, Al-Ghazaalee, and Al-Qardawee? What is dirt in comparison to the stars? What is dung in comparison to the camel? These (Imaams) are lovers of the Sunnah; explainers of it, and clarifiers of it. That which they misinterpreted and fell into was miniscule in light of that which they clarified from the affairs of Al-Islaam. So the people of knowledge continue to benefit from their speech. Rather, they understand the texts of the Book and the Sunnah based upon that which they clarified, because they were people of knowledge, in truth.

As for these latter day people, from the likes of At-Turaabee, Al-Ghazaalee, Al-Qardaawee, At-Tilmisaanee, and their likes; these are heads in calling the people to not clinging to the Sunnah, and to its rejection. Hence, the condition is different. (You have) he who errs and avoids that which is correct in an issue or a branch from the subsidiary branches or an issue or two of creed (and on the other hand) he who opposes (the Sunnah) at its basis. These (latter people) do not give Tawheed any status and they have no concern for it. Rather, the people of Tawheed have encountered from them the greatest harms, as is attested to. At-Turaabee is such that his condition is known. He deems that there is a need for “updating” the foundations of Al-Islaam, and “updating” the principles of Fiqh; and that the principles of Fiqh is terminology of the scholars, in spite of the fact that the texts are understood based upon these principles; and this (according to At-Turaabee) does not mean that we are bound by them. So he says that we must institute new principles for Fiqh by way of which we can understand the Book and the Sunnah with that which is appropriate for this era.

Al-Ghazaalee rejects the Sunnah if it opposes his intellect and if it opposes his understanding. Al-Qardaawee traverses upon the same program, although he does not openly display that like Al-Ghazaalee. At-Tilmisaanee does not acknowledge Tawheed Al-‘Ibaadah nor the Sunnah. He mixes up the affairs greatly. There is no wonder (that this is the case); for these four, and those of their ilk, graduated from the same (ideological) school; it is the school of the Ikhwaan Al-Muslimeen. This school is known, in its foundations and its methodology; so it is no wonder that the likes of these would come out in the future; and it is no wonder that the likes of these are present in the likes of this time, as long as they are nurtured upon the principles of that school. So repudiation of them and that which they are upon (is a must). For they lead the youth astray in the name of the Da’wah. The youth venerate them thinking that they are callers to Al-Islaam.

As for Al-Haafidh Ibn Hajr and An-Nawawee, not one day have we heard that anyone defended an issue from the issues of creed in which they erred using as a proof that Ibn Hajr said it or An-Nawawee said it. Their mistakes passed away in their time, and it remains that the people benefit from their abundant knowledge and their enlightened understanding. As for these (latter guys), they cannot compare, and it is not permissible that they be placed alongside these (Imaams); and the dirt cannot compare to the stars.

[1] ‘Umar al-Tilmisanee was the third General Guide of the Egyptian Muslim Brothers. He headed the Egyptian Islamist organization from 1972 until 1986.