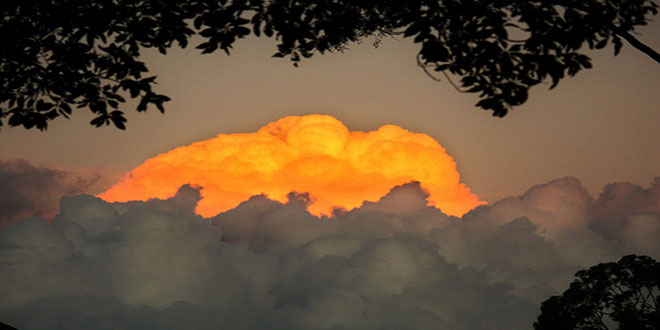 In this article we wish to present the verification of the famous ḥadīth of “Prophetic Khilāfah will be for 30 years” so that the general people are aware of it.

“The Messenger of Allāh said “The Prophetic khilāfah will remain for 30 years and the Allāh will give power to whom He Wills. Saʿīd said Safīnah said to me “count the years, 2 years of Abū Bakr and 10 years of Umar and 12 years of Uthmān and Alī so on (i.e. 6 years). Saʿīd said “I said to Safīnah these people say that Alee was not a khalīfah to which he replied “The backs of Banū Zarqā and Banū Marwān have lied.”

This is the wording of Abū Dawūd which differs slightly from the others  however the meaning is the same.

“This Ḥadīth is Ḥasan.”

Imam Abū Dawūd also declared him to be trustworthy

In contrary to these Imāms, Imām Abū Ḥātim ar-Rāzī said, “Write his ḥadīth but he cannot be used evidence.”

This criticism is rejected due to a number of reasons:

1] This opposes the praise of the majority

“Abū Ḥātim’s saying “He is not evidence” is not harmful because he has not mentioned the reason for this criticism, he has used these words for many of the trustworthy and established narrators of the authentic books of ḥadīth without mentioning the reason, e.g. Khālid al-Ḥada and others, and Allāh knows best.”

Hence this criticism is rejected.

3] Some scholars have alleged Imām Abū Ḥātim was harsh hence his statement is rejected compared to Imām Aḥmad bin Ḥanbals statement who was balanced and investigative.

Imām Sājī’s statement, “His Ḥadīth have no supports.” Is also general and it is rejected because it is not detailed neither is it severe jarḥ. When someone’s honesty is established not being supported does not affect him. As it has already been established that Saʿīd bin Jamhān is trustworthy with definitive evidences, him being alone in reporting this Ḥadīth does not affect it it anyway.

The Deceit of the Ḥadīth Rejecters.

The real aim and objective of the Ḥadīth rejecters through their deceitful plots and treachery it to show the authentic Ḥadīth of the Messenger of Allāh (Sallalahu Alayhee Wasallam) are fabricated. This is to lead the general Muslims away from the fundamentals of the dīn and to create doubts so that the people begin to think the dīn as unreliable and then they eventually stray from the straight path.

With this they then want to express and impose their deficient opinions amongst the people, which will eventually lead to no one acting on the Qurān or Ḥadīth.

One person from amongst the rejecters and deniers of Ḥadīth is Tamannā ʿAmādī Phalwārī, he writes in his fabrication of a book, ‘Intizār Mahdī Masīh’ [Awaiting The Mahdī Messiah] whilst vilifying and rebuking this very same Hadīth,

“You have seen the name of Ḥashraj bin Nabātah Al-Kūfi with regards to these narrations. He is a weak in Ḥadīth according to almost all of the Imāms of Rijāl, he is not evidence and rejected in Ḥadīth and you do not generally find any supports for his Hadīth.” [pg.57]

On the other hand Abū Ḥatīm said, “Good write his Ḥadīth but he is not used as evidence.” as-Sājī said, “Weak.” Ibn Ḥibbān said, “He has a few Ḥadīth, his narrations are rejected and it is impermissible to use his reports as evidence when he is alone in reporting them.” Nasā‘ī said he is not strong and criticised him another time he said there is not harm in him and praised him. [Summarised from Tahdhīb at-Tahdhīb]

The conclusion is, this narrator is trustworthy and truthful according to the majority of the scholars of Ḥadīth. Hence, Tamannā ʿAmādī is a liar in his claim that, ” He is a weak in Ḥadīth according to almost all of the Imāms of Rijāl”

There are so many lies in Tamannā ʿĀmādī’s book that a collation of them would result in a book. For example in the same book on [pg.54] this individual writes,

“Muʿammar bin Rāshid of Yemen was a freed slave who died in the year 154H. He was active in compiling and collating Ḥadīth, he would narrate from the well known liar Ābān bin ʿAbbās. Whilst narrating from him he would put forward the name of Thābit al-Banānī instead [Tahdhīb at-Tahdhīb [1/101] yet the scholars of Ḥadīth still considered him to be trustworthy.”

We say let us look at the referenced page from Tahdhīb at-Tahdhīb and it clearly says,

“Khalīlī has transmitted in in al-Irshād with an authentic chain from Aḥmad that he said to Yaḥya ibn Maʿīn when he was copying the manuscript of ʿAbdur Razzāq from Muʿammar from Ābān, “You are writing this when you know Ābān is a liar?” He (Ibn Maʿīn) replied, “May Allāh have mercy on you Oh Abū ʿAbdullāh, I am writing it in order to memorise it so that when a liar (like Tamannā ʿĀmādī) narrates on Muʿammar from Thābit from Anas, I will say to them you have lied the chain is via Ābān (and not Thābit).” [Tahdhīb at-Tahdhīb [1/101]

The likes of Tamannā ʿĀmādī are liars whose tongues and pens are free, if they want to, they can try to prove the day as night and night as day but they must remember a day will come when there will most definitely be punishment. On that day one will be taken to account for every deed big or small.

So this was the research into the correct position of Ḥashraj bin Nabātah, it must be remembered here that he is not alone in reporting the Ḥadīth, rather the following individuals support him

Thus the criticism against Ḥashraj is rejected from every angle.

“This Ḥadīth is well known from the narrations of Ḥamād bin Salamah, ʿAbd al-Wārith bin Saʿīd and al-ʿAwām bin Ḥūwshab and others on the authority of Saʿīd bin Jamhān. Imām Aḥmad relied on this narration for evidence for the Khilāfah of the four Khulāfa ar-Rāshidīn and he also authenticated it. He would also use it as evidence against those people who would remain silent with regards to the Khilāfah of ʿAlī as the people began to differ. To the extent that Aḥmad said, “Whoever does not consider ʿAlī as the fourth Khulāfa is more astray than is domestic donkey.” He also forbade in establishing wedlock with such people. This issue is agreed upon by the jurists, scholars of the Sunnah, the people of knowledge and insight and the righteous people, this is also the position ie madhab of the general people. Some of the people of desires have opposed them in this, from them are the people of theological rhetoric and like them the Rāfidah who rebuke and censure the first three Khalīphs. Likewise, the Khawārij who abuse the Khilāfah of two son in laws ie Uthmān and ʿAlī (of the Messenger of Allāh (Sallalahu Alayhi Wasallam) or like some of the Nāṣibīs who attack the Khilāfah of ʿAli or like some of the ignorant ones upon the Sunnah who remain silent of the Khilāfah (of ʿAlī)” [Majmūʿa Fatāwa [35/18-19]

The following scholars graded the Ḥadīth to be authentic and strong,

Some scholars have mentioned two supporting narrations for this Ḥadīth

Some of the later people claim this Ḥadīth of Safīnah opposes the Ḥadīth of Ṣaḥīḥ Muslim which Jābir bin Samurah (RaḍiAllāhu ʿAnhu) narrates from the Messenger of Allāh (Sallalahu Alayhi Wasallam),

“This affair will not cease until there are 12 Khalīphs…. And all of them will be from the Quraish.” [Ṣaḥīḥ Muslim, Kitāb al-Imārah, Bāb an-Nās Tabʿa Li-Quraish Wa Khilāfah Fil Quraish [no.1821] and its origin is in Ṣaḥīḥ al-Bukhārī [no.7222-7223]

Hāfiẓ Ibn Ḥajr has alluded to this reconciliation in Fath al-Bārī [13/212 under Ḥadīth no.7223] as well as Hāfiẓ Ibn Taymīyyah in Majmūʿa Fatāwa. This is what is correct and for further details refer to Shaikh Muḥammad Nāṣir ud Dīn al-Albānī’s book Silsilah as-Ṣaḥīḥaḥ [1/742-749 no.459] as he has discussed this issue in great detail.

[JazakAllāh Khair to brother Shehzad Anwar Sattar for his help]