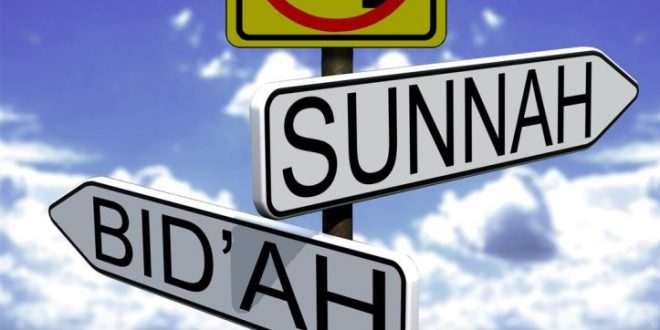 The Shia Papers Part 3 – The Historical Beginning Of Customs & Practices Of The Rafidah Shia, Lamenting, Mourning and Dishonouring The Ahlul Bayt

Ma’aza ad-Daulah on the 18th of Dhul-Hijjah 351H announced it to be a day of Eed in Baghdaad and called it the day of ‘Eed Khum Ghadeer’ drums were beaten and there were a lot of festivities. Controversy persists with regards to choosing this day, some say this day was chosen because on this day the Messenger of Allaah (Sallaalahu Alayhee Wasallam) at his last person near the pond of Khum Ghadeer appointed Alee (RadhiAllaahu Anhu) as his successor however some Shee’ah Raafidhah chose this day as it was the date Uthmaan ibn Affaan (RadhiAllaahu Anhu) was martyred and hence Shee’ah Raafidhah formulated this date as a day of happiness and Eed.

Ma’aza ad-Daulah ie Ahmad bin Buwaiyyah ad-Dailaamee set this up in 351H and since then the Shee’ah Raafidhah have pushed and believe this Eed ie of Ghadeer Khum is more superior and more important than Eed ul-Adha.

In the beginning of 352H Ahmad bin Buwaiyyah ordered the people that on the 10th of Muharram we will mourn the death and martyrdom of Hussain (RadhiAllaahu Anhu) and hence on this day all the shops will be closed and no transactions or business will take place. The people from the towns and villages will wear clothes indicating mourning and will openly lament and grief. The women will have to open their hair, blacken their faces, rip their clothes, walk and parade the streets whilst reciting tragic, sad, depressive, pitiful and lamentable poems and couplets whilst also hitting their faces and chest.

Ahlus Sunnah Wal-Jama’ah refrained from this and kept themselves away from the Shee’ah Raafidhah as the ministers and local officials were Shee’ah Raafidhah. In the following year 353H the same morning and lamenting was ordered and the Sunnis were instructed to do the same which consequently led to troubles and turmoil between the Sunni and Shee’ahs.

From there on the Shee’ah Raafidhah continued the annual practice of lamenting and mourning and this practice continues today in all the Muslims countries and has even spread to the west as we see often, in Europe, England and USA. In some Muslims countries the Soofee bareilwis mostly bareilwee soofee hanafees are so beguiled that they also join and participate in such mourning and lamenting and follow in the footsteps of the Shee’ah Raafidhah without realising what they are actually doing and so falling prey to the confusion and misguidance of the Shee’ah Raafidhah by their false love and extremism for Hussain (RadhiAllaahu Anhu) and the Prophets Family (May Allaah be pleased with them all) (Refer to Taareekh Islaam 2/566 of Najeebabaadee)

Ma’aza ad-Daulah ie Ahmad bin Buwaiyyah ad-Dailaamee was a bigoted staunch Shee’ah Raafidhah and he and others were ministers in the Abbassid Khaliphate in Baghdaad. Initially he was quiet and observant and later he manifested his true bigotry and extremism in his shee’ism. Many of the Abbaasid ministers and officials were Shee’ah Raafidhah but they were hidden and never openly manifested their beliefs. Ahmad ibn Buwaiyyah intended to crush and weaken the Khaliphate and push the ideology of Raafidhah Shee’ism in Baghdaad which he started in 351H by writing on the doors of the Grand Mosque of Baghdaad,

“May the curse of Allah be upon Mu’awiyyah bin Abu Sufyaan, the oppressive who denied Fatima the garden of Fidak, the one who denied Hasan being buried with his grandfather, the one who exiled Abu Dharr and the one who expelled al-Abbaas from the Shoora (council).” (Refer to Taareekh Ibn Atheer 8/179)

The Khaliph at the time attempted was unable to halt the spreading of this innovation. The Sunnis would erase the wording from the doors of the mosque but the next day Ahmad bin Buwaiyyah would we-write them. One of Ahmad bin Buwaiyyahs close advisers advised him to add the words, “Mu’awiyyah the oppressor of the Household of Muhammad.” So the cursing and abusing of Mu’awiyyah started and then became the norm.

Ma’aza ad-Daulah ie Ahmad bin Buwaiyyah ad-Dailaamee instigated this further and pushed this concepts vividly throughout Baghdaad and the surrounding areas including villages and other area. He pushed this third Eed and in this way it got incorporated as a permissible muslim festival and a day of joy and happiness. For 10th Muharram ie Ashoora he forbade all business and the closure of all shops. He ordered the people to wear a specific type of hat and to lament and mourn and for the women to do things we have mentioned previously. He ordered processions through the streets with the people in the processions lamenting and mourning and this is what is continuous to this day. (refer to Taareekh Ibn Atheer 8/184, Taareekh Islaam 4/12-13 of Ma’een ud deen Ahmad)

Over the years these processions increased in their extravagance and extremism, the men started beating themselves with knives and other sharp metal instruments causing bleeding and pain and similarly the women would do the same trying to resemble the women at karbala by opening their hair and dishevelling them, beating their chests and ripping their clothes. They started to wear black clothes as sign of mourning. Without realising this was and is a direct insult and rebuking of the beloved pious household of the Messenger of Allaah (Sallaalahu Alayhee Wasallam), who would never to anything contrary to the teachings of Islaam and the Sunnah.

The Raafidhah Shee’ah allege all of these false things to our Ahlul Bayt, can you imagine Zainab (RadhiAllaahu Anhu) behaving in this way ripping her clothes and beating her chest, crying and lamenting in public. No, you will not find this, rather you will find they were extremely dignified and honourable, patient and in profuse remembrance of Allaah the All mighty as this is what is synonymous with their honour and position, from being from Ahlul Bayt. Yet again this is a sly hidden, deceptive conspiracy of the Raafidhah Shee’ah to secretly discredit the companions and the Ahlul Bayt.

In some instances the Raafidhah Shee’ah don’t change their clothes in these days nor wash believing and wanting to replicate the situation at karbala. They concoct false fabricated stories to make the affair more extravagant and increase the pity on the situation and all of this just to shift their blame from themselves because the Raafidhah Shee’ah know, it was themselves who actually martyred and unlawfully killed Hussain (RadhiAllaahu Anhu).