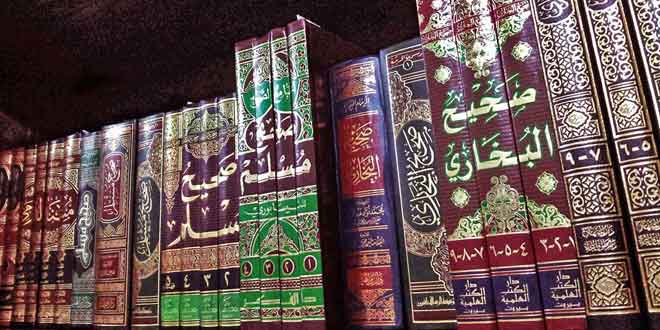 The Imaams On Following Hadeeth In Opposition To the Muqallids

The way of the salaf us-Saaliheen, ie the companions, the taabieen and the taba taabieen would be to just accept and follow the authentic hadeeth without questioning them or asking how. It was a case of hearing, obeying and following. The same methodology was employed by the great scholars in the generations after and the great Imaams.

You would not find them saying, oh let me think for a minute, or well maybe there maybe some other explanation etc etc, if the scholars and Imaams found a hadeeth to be authentic they just followed it. An example of this is

“Imaam Shaafee one day narrated a hadeeth and so I said to him, “Do you take this hadeeth (ie accept it as evidence)?” So Imaam Shaafiee said, “Have you seen me coming out a church or synagogue? Or do you seem me wearing a waistcloth (girdle or waistband – a cloth which followers of other religions wear) that I hear the hadeeth of the Messenger of Allaah and I don’t accept it.” (Hilyatul-Awliyaa (9/106) and Manaaqib ash-Shaafiee (1/474) of Imaam Baihaqee)

So this shows when the Imaams would hear a hadeeth and it was authentic they would just adopt it and use it as evidence. Someone may argue this is in the context of accepting hadeeth in general, we would answer and say rather it is pertaining to accepting hadeeth in issues ie masaa’il as if the contrary was the case, the great Imaam Abdullaah ibn Zubair al-Humaidee would not have asked Imaam Shaafiee, do you take this hadeeth as he was talking to Imaam Shaafiee one of the great Imaams of Ahlus Sunnah, we don’t think he would denied hadeeth!!!!!

Furthermore Imaam Abdullaah ibn Zubair al-Humaidee a great scholar in his own right and one of the teachers of Imaam Bukhaari, asked Imaam Shaafiee if he took that particular hadeeth meaning if he utilized it as evidence and made Islamic shareeah deductions from it. Look at Imaam Shaafiees answer, instead of telling him the finer details he presented a great manhaj of the Muslim that we just accept the hadeeth. For us the current days Muslims Alhamdulillah the scholars of hadeeth spends their lives in verification.

Another example of this understanding was portrayed by other Imaams and Scholars of this great Ummah.

Dear readers look the manhaj of the madhabis, as soon as you mention an authentic hadeeth to them and you ask they why don’t you accept it when it is established to be authentic! You hear but our Imaam and our madhab does not accept it, or maybe there is an explanation, did our Imaam know more or do you etc etc.

We ask, so who is upon the madhab of the Salaf us or the madhabis? Our way is the way of the salaf, the companions, the taabieen, the taba taabieen, the great Imaams and those of the 4 well known madhabs all adopted this manhaj, the same manhaj as Ahlul hadeeth and the current say salafis.

The irony dear readers is that the muqallideen follow the basic fiqh but not the aqeedah or the manhaj of the Imaams and it seems okay for them to have the level of IJTIHAAD to chose between which school of thought of Aqeedah they can follow!!!!! We would like to know how they have deduced this?