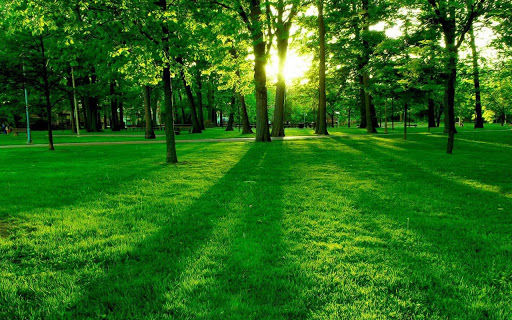 Wiping The Neck During Wudhu

This hadith is fabricated (Mawdu). Imam an-Nawawi has declared it to be fabricated (Mawdu) in al-Majmu Sharh al-Muhadhab (1/465). In addition he clarified and explained that this is not the speech of the Prophet (Sallalahu Alayhi Wa Sallam). Also, Imam Suyuti has quoted the saying of Imam an-Nawawi in Dhayl al-Ahaadeeth al-Mawduah (pg no.203) and confirmed the same. Ibn Hajr has briefly mentioned in Talkhis al-Habir (1/423) that Abu Muhamad Juwayni is the one who has mentioned this hadith and he has made it clear that the Imams of hadith do not look favourably on the chain of this narration. Imam Gazali has mentioned this hadith in Wasit and Ibn Salah has followed up on this and has explained that this hadith is not recognised to be from the Prophet (Sallalahu Alayhi Wa Sallam) but rather it is the saying of some of the scholars from the salaf. Ibn Hajr has said that (Ibn Salah) probably meant (and was referring to the statement which is in) Kitab al-Tahur by Abu Ubayd that from Abdurahman Ibn Mahdi from Mas’udi from Qasim Ibn Abdurahman from Musa Ibn Talha who said ‘Whosoever wipes the neck along with wiping the head he will be protected from being shackled on the day of judgement’

I say: It is possible to say that though it is a chain of transmission that stops at a Companion (Mawquf), it can take the ruling of having the strength of a hadith that goes back to the Prophet (Sallalahu Alayhi Wa Sallam) (Marfu), since this type of information cannot be obtained on the basis of personal opinion and therefore this would make it mursal.

I say: The narrator Mas’udi suffered from a lot of confusion in making mistakes therefore his hadith that are Marfu are not classified as being a proof therefore how can a Mawquf (hadith) become a proof? Ibn Hajr (1/434 – 453), explained that Abu Nu’aim mentioned in Tarikh Isbahan that Muhamad Ibn Ahmad narrated to us he said that, Abdurahman Ibn Dawud narrated to us he said that, Uthman Ibn Khardhad narrated to us that, Umar Ibn Muhamad Ibn Hasan narrated to us he said that, Muhamad Ibn Amr Ibn Ansari narrated to us from Anas Ibn Sirin from Umar (Radi Allahu Anhu) that when Umar (Radi Allahu Anhu) used to do wudhu he would wipe his neck and would mention the saying of the Messenger of Allah (Sallalahu Alayhi Wa Sallam) that whosoever performs wudhu and wipes his neck then a shackle will not be placed on his neck on the day of judgement. Also it is in ar-Rumani’s book al-Bahr that I saw a small booklet which Abul Husain Ibn Faris narrated from the chain of Fulaij Ibn Sulaiman from Nafi’ from Ibn Umar (Radi Allahu Anhu) that the Prophet (Sallalahu Alayhi Wa Sallam) said, ‘Whosoever performs wudhu and wipes his neck with his hands then he will be protected from having a shackle on his neck on the day of judgment’ then he said insha Allah this hadith is Sahih.

I say: There is a distance the size of an enormous desert between Ibn Faris and Fulaij. It should be noted that who are those narrators between them which have not been mentioned.

I say: In Mawdu’at (pg no.73) Shaikh Ali Qari has attributed the hadith of Ibn Umar (Radi Allahu Anhu) to Musnad al-Firdaws and declared the chain as being Da’if.

I say: The root cause of the problem in this hadith is Muhamad Ibn Amr al-Ansari. He is Abu Sahl Basri whose weakness has been agreed upon and therefore Yahya Ibn Sa’id declared him to be at the highest level of weakness.

Also he said that he narrated unfamiliar hadith from Hasan and Abu Nu’aim’s Shaikh is also Da’if and his name is Muhamad Ibn Ahmad Ibn Ali Ibn al-Muharam. Imam Dhahabi has wrote in Mizan that he is from the Kibar teachers of Abu Nu’aim. Imam Daraqutni has narrated from him and declared him Da’if. Birqani said that there is no harm in him. Ibn al-Fawaris said that there was nothing good concerning him rather he is Da’if. Ibn Iraqi said in Tanzi ash-Sharia (2/75), after mentioning the narration of Abu Nu’aim from Tarikh, that it has Abu Bakr al-Mufid who is Abu Nu’aim’s Shaikh. Ibn Iraqi said that the problem in this hadith is this person. A more detailed tahqiq of this hadith will be come under the hadith no.755 insha Allah Ta’ala.

I say: This type of hadith is classified as being Munkar especially when it goes against all the hadith which show how the wudhu of the Prophet (Sallalahu Alayhi Wa Sallam) was and none of those hadith mention the wiping of the neck. However it is in the hadith of Talha Ibn Musarif that he narrates from his father from his grandfather that he said, I saw the Messenger of Allah (Sallalahu Alayhi Wa Sallam) wipe his head only once until his hands reached his nape (the back of his head). In another narration he (Sallalahu Alayhi Wa Sallam) used to wipe his head starting from the front to the back part of the head until both his hands went past under his ears. This hadith has been mentioned by Abu Dawud and other Muhadithin. It is said from Ibn Uyaynah that he regarded this narration as being Munkar and it is appropriate to declare this hadith as being Munkar because it has 3 hidden defects (‘Ilahs) each ‘Ilah has the capacity to make it Da’if so how can this hadith not be Da’if whilst there are three ‘Ilahs present in it. In this hadith there is weakness, Jahalah and there is a difference of opinion on whether Musarif’s father was a companion or not. This is the reason why Imam Nawawi, Imam Ibn Taymiyah, Hafidh Ibn Hajr Asqalani and other Muhadithin have declared it to be Da’if. I have explained the weakness in Da’if Sunan Abi Dawud (no.15).

Issue: Pertaining To Wiping Over The Neck (In Wudhu)

It is in Fatawa Qadhi Khan no.18 and Tatar Khaniya from Fatawa Khaniya no.15, and Qadhi Khan from Kabiri Halabi no.24 that wiping the neck is not Sunnah and not Adab (T.N. Adab is that which the Prophet (Sallalahu Alayhi Wa Sallam) did only once or twice throughout his life. It is a rewardable act with no reproach for one who abandons it. It has also been defined as praiseworthy manners.).

It is mentioned in Fathul Qadir no.14 that this is a Bid’ah.

It is mentioned in Tatar Khaniya that Imam Muhamad did not mention about wiping on the neck at all in his book al-Asl. Malasikin and other than him have also said the same. In addition there is no authentic hadith that has been reported from him about wiping the neck on its own.

Ibn al-Qayim said in Zadul Ma’ad that there are no authentic ahaadeeth established from the Prophet (Sallalahu Alayhi Wa Sallam) about wiping the neck.

It is mentioned in Talkhis Ibn Hajr said that Qadhi Abu Tayib said there is no sunnah established on this issue.

It is mentioned in Sharh Muhadhab that there is nothing established from the Prophet (Sallalahu Alayhi Wa Sallam) on this issue. This is not a sunnah rather it is a bid’ah.