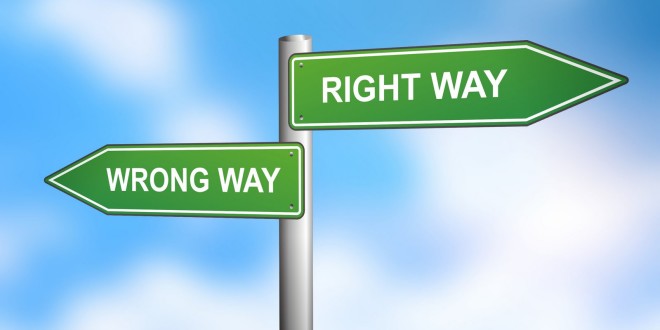 Mawlana Amin Ahsan Islahi studied with Hamiduddin Farahi [1280H/1863c – 1349H/1930c] for 5 years and then studied hadith with the celebrated luminary and Indian hadith master Shaikh Abdur Rahman Mubarakpuri [1353H] for a period of 6 months in the year 1932 when Shaikh Abdur Rahman Mubarakpuri was very old and frail. Shaikh Mubarakpuri knew that Amin had been influenced by the ideas and teachings of Farahi but none the less agreed to teach him after his continuous request, which Amin Ahsan Islahi confirmed himself in his book.

Amin Ahsan Islahi was also one of the founding members of Jamat Islami in 1941, he remained with them for 17 years after eventually leaving them. He continued to teach the thematic of Farahi and his principles, his students included Khalid Masud and Javed Ghamidi amongst others who continued his teachings and ideas.

In summary Amin Ahsan Islahi principle is that he makes a clear and distinct difference between Hadith and Sunnah. He claims Sunnah refers to the details and intricacies of practical life of the Messenger of Allah Sallalahu Alayhi Wasallm or what he did on a daily basis. He believes that this Sunnah is established via something known as tawatur amali or ta’amul al-Ummah ie actions that have passed down generations and everyone agrees with them just as the Quran is Tawatur and therefore this leads to the outcome that it amounts to definitive evidence or exact proof.

In their minds this correlates to the Sunnah being synonymous with the Quran in terms of constituting evidence. This is indeed one of the very clever ploys Amin Ahsan Islahi and others who share similar ideologies present in order to protect themselves from the allegation of rejecting the Sunnah and Hadith whereas they present their points in such a lucid manner that one thinks they consider the Sunnah to constitute evidence.

Their modern rationale dictates to them that since the Sunnah is not divine revelation it cannot be used as evidence unless there is a unprecedented level of practise of the people in every era by the generation of Muslims. This is very poor comprehension and a negligent approach to understanding the Sunnah. The Sunnah is clear evidence as, Allah says in the Quran

“And whatever the Messenger has given you – take; and what he has forbidden you – refrain from. And fear Allah; indeed, Allah is severe in penalty.” [Surah al-Hashr:7]

“But no, by your Lord, they will not [truly] believe until they make you, [O Muhammad], judge concerning that over which they dispute among themselves and then find within themselves no discomfort from what you have judged and submit in [full, willing] submission.” [Surah al-Nisa:65]

Another point which refutes this notion of these hadith rejectors is that they claim the Sunnah is tawatur amali or ta’amul al-Ummah yet the companions had ijma ie unanimous agreement or a consensus on the all of the affairs of the Messenger of Allah Sallalahu Alayhi Wasallam during his life and after it. They failed to make a distinction between the Quran and the Sunnah during this period and considered it obligatory to adhere and obey to both affairs. [Shaikh Abdul Wahhab Khallaf; ‘Ilm Usul al-Fiqh [p.38]

If we further apply the very same principle of these modern rationalists and use the idea of tawatur amali or ta’amul al-Ummah then we can apply it to the students of the companions ie the tabi’een – the successors and then their students the taba tabi’een who learnt the hadith and sunnah synonymously, its meaning, application and status. So can we not apply the same principle here which renders the hadith as being hujjah as well.

and this is supported by the hadith, “Man San Sunnah…. [Whoever starts a new way will be rewarded…. [Sahih Ibn Khuzaimah [no.2278]

The technical or Shar’i definition of Sunnah according to the scholars of Usul al-Fiqh or the principles of jurisprudence is the statement of the Prophet Sallalahu Alayhi Wasallam, his actions and his silent tacit approvals. [Imam Shawkani; Irshad al-Fuhul [1:186]

The scholars of hadith extend this definition and include his physical characteristics, his etiquettes, his travels and expeditions. [Abu Zahrah; al-Hadith wa’l Muhadithun [p.10]