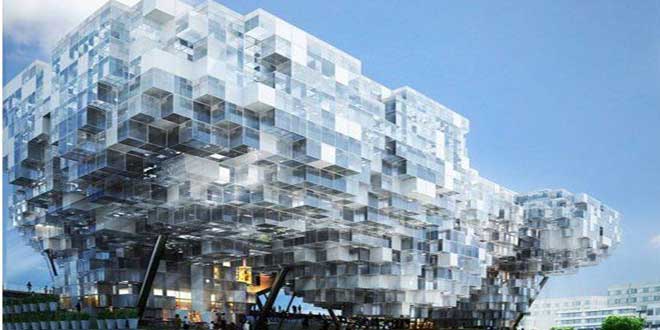 Also because the Messenger of Allah (SalAllahu Alayhi Wasallam) was given something along with the Quran and this was the pure Sunnah.

“I have not left any command which Allah ordered for you except that I have ordered you with and I have not left anything that Allah prohibited for you except that I ordered you with its prohibition.” (Imam ash-Shaf’i has transmitted this, as cited in Bada’i al-Manan (no.7). However this report is mursal because al-Muttalib bin Abdullah bin Muttalib bin Hantab was a Tab’i.)

Another hadith inferring a similar meaning has been reported from Hasan bin Ali (RadhiAllahu Anhu) that on the battle of Tabuk the Messenger of Allah (SalAllahu Alayhi Wasallam) ascended the Minbar and after praising Allah he said,

“Oh people, I swear by Allah, I only order you with what Allah ordered you with and I only prohibit you what Allah prohibited you with, so be good in seeking sustenance, I swear the one whose hand the soul of Abul Qasim is in, sustenance seeks you just as death seeks you. If you find something hat is difficult then find it by obeying Allah.” (Mu’jam al-Kabir (3/86). A narrator in the chain Abdur Rahman bin Uthman bin Ibrahim Hatibi and his father have been spoken about by Abu Hatim, however Ibn Hibban has included I his book of trustworthy narrtaors, ath-Thiqat (3/422) of Ibn Hibban.)

This statement is one from amongst the commands which Allah has ordered his Messenger to spread and to propagate in the following words,

“O Messenger, announce that which has been revealed to you from your Lord, and if you do not, then you have not conveyed His message. And Allah will protect you from the people.” (Surah al-Ma’idah:67)

Allah has testified in his following statement that the Messenger of Allah (SalAllahu Alayhi Wasallam) held firmly onto the command of Allah.

We find the way of the Messenger of Allah (SalAllahu Alayhi Wasallam) is in reality the way of Allah, which Allah ordered his servants to obey and to follow. Imams Abu Dawud, Tirmidhi and Ibn Majah transmit from Abdur Rahman bin Amr as-Sulami and Hajr bin Hajr, that both of them came to Irbadh ibn Sariyah (RadhiAllahu Anhu) and he was one of the companions from amongst those, whom this ayah was revealed about,

“Nor [is there blame] upon those who, when they came to you that you might give them mounts, you said, “I can find nothing for you to ride upon.” (Surah at-Tawbah:92)

“One day after prayer the Messenger of Allah, admonished us such that the eyes wept and hearts shuddered. A man said, “Indeed, this is a farewell speech, so what do you order us, O Messenger of Allah?” He said, “I enjoin you to fear Allah, and to listen and obey your leader even if he is a slave from Abyssinia; verily, whoever lives among you will see many differences; beware of newly invented matters, for indeed they are misguidance; so whoever sees that must uphold my tradition (sunnah) and the tradition of the upright successors who are guided; bite onto it with you molar teeth.” (Sunan Abi Dawud, Kitab as-Sunnah (no.4607), Sunan Tirmidhi (5/44), Ibn Majah, al-Muqaddimah (no.42), Sunan Darimi (1/57), Imam Tirmidhi said, “This hadith is Hasan Sahih.”

“Very soon a time will come when a person resting on a pillow, a hadith will be presented to him (as evidence), he will say ‘the Quran is sufficient for you and me, whatever is Haram and Halal in this book is indeed Haram and Halal’. For verily! What the moa makes unlawful (haram), it is like how Allah has made it haram.” (Sunan Tirmidhi (5/38), Sunan Ibn Majah, al-Muqaddimah (no.12), Sunan Darimi (1/44). Imam Tirmidhi graded it Hasan Gharib.)

In the narration of Abu Dawud and Ahmad it is transmitted with the following words, The Messenger of Allah (SalAllahu Alayhi Wasallam), said,

“Verily, I have been given the Quran and something along with it, but the time is coming when a man will recline on his couch and say: Keep to the Quran, for whatever you find in it lawful is lawful and whatever you find in it unlawful is unlawful. Certainly, it is not lawful for you to eat a domesticated donkey, beasts with fangs, or the lost item of a citizen unless he no longer wants it. If people are visited by guests then they must be entertained, but if they do not do so then the guests have a right to take what is due from them.” (Musnad Ahmad (4/131), Sunan Abi Dawud (5/12), its chain is Hasan.)

This hadith is an evidence that it is not necessary to present the Hadith on the Quran because the established and reliable hadith from the Messenger of Allah (SalAllahu Alayhi Wasallam) are evidences, proofs and worthy of a specific status in itself.

“May Allah make radiant the man who has heard what I said and has preserved it in his memory until he conveys it to another.  Perhaps the one he conveyed it to has a better understanding than him.” (Musnad Ahmad (1/437), ar-Risalah (pg.401) of Imam Shaf’i, Sunan Tirmidhi (5/34), who graded it Hasan Sahih.)

And other variant routes of the hadith have been transmitted with the following words,

“A Muslims heart should not be deceptive in three things, making actions sincerely for the sake of Allah, wishing and advising the Muslims with good and holding onto the Jama’ah because their supplications continue to protect them” (Refer to Tadrib ur-Rawi (2/179), Qatf al-Azhar al-Mutanasirah Fil Akhbar al-Mutawatirah (no.2)

This hadith has reached the level of mutawatir because more than 30 companions narrated this from the Messenger of Allah (SalAllahu Alayhi Wasallam) and this Hadith is regarded from amongst those profound ahadith which evidences the preservation and collection of the Prophetic Sunnah, learning them and conveying them to people. (Our respected teacher, Allamah Abdul Muhsin al-Abbad (Hafidhahullah) has authored a very beneficial book in relation to the verification and explanation of this Hadith which is printed with the title, “Dirasah Hadith Nadharallah Amra Sam’e Maqalati…Riwayah Wad Dirayah.”)

The Messenger of Allah (SalAllahu Alayhi Wasallam) supplicated  to make the individual radiant who emphasis the teaching and preservation of the Prophetic Sunnah. Radiant (Nadharat) here means to make his face glow and to beautify it. Radiance (Nadharat) also means that Allah guides him to the blessings of Paradise. (May Allah make us from amongst them, Amin).

“The Messenger of Allah (SalAllahu Alayhi Wasallam) telling his Ummah to hear his ahadith, to memorise them and then to propagate is evidence that this is the thing he ordered to propagate by which proof against an individual can be established that dawah was given to him. This is because the dawah can only be given based that which established to be halal from the moa, that which is to be abstained from, actions that require legal punishment, affairs of this world and the hereafter…” (ar-Risalah (pg.402-403) of Imam Shaf’i)