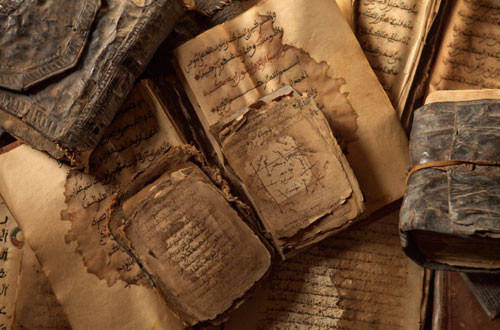 “A series of articles by Ahlul Hadith Scholars in defence of the Quran, Hadith and Sunnah in refuting and rebuking the fabricated ideas and concepts of these intellectually debunked and rationally void individuals.  Abdullah Chakralawi, Hamiduddin Farahi, Inayatullah Mashriqi, Ghulam Ahmed Pervez, Tamana Amadi, and Javed Ahmad Ghamadi to name a few.”

The following article shows how the scholars of hadith were at the forefront in defending the hadith and Sunnah and how the opponents were forced to say this. This also shows the absence of the Hanafi Deobandi or Barelvi in this regard potentially on the mere account of Mr Abdullah Chakralawi being  fellow Madhabi Hanafi.

The avid reader must be well aware of the beliefs and ideas of Mr Chakralawi from what has been overwhelmingly published by the way of articles in the journal Dhiya as-Sunnah in issues number 3 and 4. His corrupt and defective beliefs have also been clarified and refuted in depth in the journal Ishat as-Sunnah as well as others (The journal of Shaikh Muhammad Hussain Batalvi).

In his recently published treatise he has addressed 4 people. One is me, the editor of Dhiya as-Sunnah, the second is Shaikh Abu Sa’id Muhammad Hussain Batalvi, the third is Shaikh Ahmadullah Amritsari and the fourth is our namesake Shaikh Abdul Jabbar Ghaznavi.

I was the first person to refute his answers as it has been mentioned in Ishatul Quran page 2 and then thereafter Shaikh Abu Sa’id and Shaikh Ahmadullah openly refuted and rebuked him. At this moment in time we will only review the aforementioned treatise and a detailed explanatory answer will follow in due course because a general statement may suffice for some issues whereas others may require some degree of detail, so first some generality followed by details which will not be uninteresting.

It should be known that Mr Chakralawi in this treatise has once again continued upon his previous ways and used the handiwork of contradictions and confusion wherein he totally refrained and sidetracked from answering some of the issues. As for the issues he does manage to conjure up an answer, he does so with sheer trickery and deceptiveness.

From the issues he refrained to answer, one is he presented a Hadith from Sahih al-Bukhari that the Messenger of Allah (Sallalahu Alayhee Wasallam) did not leave behind any dinar. So I rebuked this is the 3rd issue of Dhiya as-Sunnah and said when the Hadith is unworthy or unreliable to constitute proof or evidence according to you, with what face did you use ahadith for evidence. This shows there is no choice but to use Hadith in the din.

Shaikh Abu Sa’id Muhammad Hussain reiterated this answer in his Ishat us-Sunnah in Vol.19 Issue 3 but Mr Chakralawi was not able to fathom an answer.