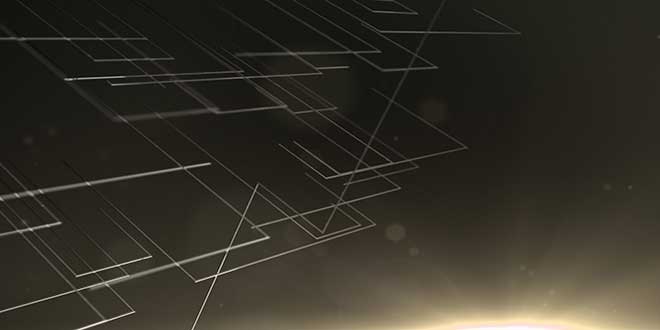 Allamah Muhammad Hayaat Sindhee in Iqaz al-Humam (pg.81) whilst he was discussing the methodology of the Hanafee Ahlur  Rai said that they were engrossed in giving precedence to opinion over the text of the prophetic traditions.  This matter would be incomplete if we did not therefore mention here that the above innovated principles and other than it are not something that the modern day Asharees have established but they borrowed this from their forefathers the Hanafee, maturidee Jahmees, that is,  the current day Deobandee and Barelwis.

“any ayah of the quran which is against our madhab then we shall either say it is abrogated or give precedence to our madhab, but it is better that we make taweel of the ayah to make it in accordance with the saying of the madhab”

The Icing on the cake is that which has been said by the grandfather of the Barelwis Muftee Ahmed Yar Khan Naeemi (Jaa al Haqq, Chapter on blind following) says,

So to take the attributes on their apparent meanings as accepted by the Ijmaa of the salaf is Kufr!  So here we see the deep rooted relationship between the Ashaaiarah and Hanafee Madhab, a dangerous cocktail indeed!

Further, if one looks carefully at the Qur’an one can clearly see that especially in relation to all of the aspects of Islaam and the aqeedah one must have just as much reliance on the Qur’an as one has on the Sunnah and one cannot suffice without the other.

So concerning the Ashaa’irah, how is it that they can say that the Qur’an is to be relied upon because the ahadeeth which talk about the Names and Attributes of Allah and which clearly state that the Attributes are to be taken literally are in contradiction with various ayaat of the Qur’an. We say to them have they not read in the Qur’an:

“Do you not ponder over the Qur’an? And if it had been from any other than Allah then in it you would have found much conflict and difficulties.”

The famous tabi’ee and explainer of the Qur’an Imaam Ibn Jareer at-Tabari said concerning this verse of the Qur’an,

“No doubt the revelation which would come to the Prophet of Allah would come in a clear way so that the Messenger of Allah sallahu alaihi wasallam could explain its meanings and tell the people about the obligations from it. Had these orders or had these revelations to the Prophet been from any other than Allah then the orders that were given by the Prophet sallahu alaihi wasallam in his sunnah would have differed, the meanings would have differed and the whole religion would be in conflict, but this is not the case.”(Tafseer Tabaree vol.5 pg.189)

So one can clearly see from this that had any of the sunnah been in conflict with the Qur’an then the whole religion would be something which would be unrecognisable and full of conflicts.

“It should be known that there is no difference to what Allah has revealed in the Qur’an and the obligations that the Prophet sallahu alaihi wasallam has told us about from his Sunnah, they have both come in the same manner.” (ar-Risaalah ash-Shafi’ee pg.183)

Concerning the verse of the Quraan

“And those people who have bought faith upon that which the messengers have bought and make no distinctions between them….” (Soorah an-Nisa 4:152)

“This verse of the Qur’an clearly shows that Allah Subhanahu wata’ala is informing us that which he has told us about concerning himself and those narrations which have been brought by the Messenger of Allah sallahu alaihi wasallam by way of obligations then it is mandatory for us to have belief upon it all!” (Tayseer al-Kareem ar-Rahmaan Fee Tafseer Kalaam al-Mannaan vol.2 pg.210 with the checking of Muhammad Zuhree an-Najjar)

In Sooratul Nahl ayah 44 it says,

“With clear signs and Books (We sent the Messengers). And We have also sent down unto you (O Muhammad) the reminder and the advice (the Quran), that you may explain clearly to men what is sent down to them, and that they may give thought”.

Therefore it is clear that there is no hadeeth whether it is concerning the Names of Allah or his Attributes , calling upon Allah alone, worshipping only Allah or any other Ahkaam concerning the Aqeedah or other than it in contradiction to the Qur’an.

“The sunnah was revealed upon the Prophet just as the Qur’an was also revealed upon him.” (Majmoo’a al-Fataawa of Ibn Taymiyyah vol.13 pg.364)

Imaam Shawkaani says whilst explaining the hadeeth ‘I have been given the Quran and something similar to it’:

“This means he has been given the Qur’an and similarly the sunnah has also been given to him by way of revelation, and this is revelation {hadeeth} which has not been mentioned in the Qur’an.” (Irshaad Al Fuhul of Shawkaani pg.33)

This clearly shows that it is a fallacy for any deviant sect including those such as the ashaa’irah to claim that ‘where in the Qur’an does it say that the Hand of Allah is to be taken literally or Allah has two Eyes or that Allah has a foot which is to be taken literally having a meaning?’. In essence, the Ashaairah ask the Salafees for evidence of the existence of the principles concerning the Names and Attributes of Allah as upheld by the salaf from within the Qur’an only and this shows that they have left the way of the Ahlul Ilm and the way of the salaf in this matter also. We reply,

Allah Subhanahu wata’ala says in the Qur’an An Nisaa 59,

“O you who believe! Obey Allah and obey the Messenger (Muhammad), and those of you (Muslims) who are in authority. (And) if you differ in anything amongst yourselves, refer it to Allah and His Messenger ), if you believe in Allah and in the Last Day. That is better and more suitable for final determination”.

“This ayah clearly shows that there is no conflict in the sharee’ah because Allah Subhanahu wata’ala has told those that are in conflict to refer to the sharee’ah i.e. the Qur’an and the sunnah in order to finish the conflict. So it is clear that conflict will only seize once one can refer to that which can make the conflict end. Thus, if that which is commanded to refer back to {quran and sunnah} were to have in itself conflicts then there is no point in referring to it and those who say this are upon a way which is misguided”. (Al-Muwafaqaat of Shaatibee vol.4 pg.119 and Al-I’tisaam of Shaatibee vol.2 pg.309-310)

This is a tremendous saying of Imaam Shaatibee and more or less sums up what is to be said. How can the ashaa’irah reject certain ahadeeth because it does not fit in with their minds or they say it opposes the Quran? Not all principles concerning aqeedah are found solely in the Quran but we look also to the hadeeth with the understanding of the salaf.

“If the Book of Allah and the authentic sunnah of the Prophet sallahu alaihi wasallam did not have the quality of resolving conflicts then Allah Subhanahu wata’ala would not have told people who are in conflict to refer to them both. For verily he would not tell the people to refer to the Book and the sunnah of the Prophet sallahu alaihi wasallam had there been a conflict between them two in the first place”. (I’laam ul Muwaqqi’een vol.1 pg.49)

The Asharis for hundreds of years have not understood what the Sahaaba and tabi’een understood thousands of years ago. For example, concerning the conflicts that the people talk about between the authentic hadeeth and the Qur’an.

Imaam Maymoon bin Mehraan who was born in the year 40A.H. and passed away in the year d.118A.H having met many companions said,

“To refer back to Allah Subhanahu wata’ala is to refer to his Book and when the Messenger of Allah sallalahu alaihi wasallam was alive then the people would refer to him in person and now that he has passed away then one must refer to his blessed sunnah.” (Tafseer Tabari vol.5 pg.96, Mushkilul Athaar of Tahawi vol.1 pg.484, al-Faqeeyah of Imaam Khateeb al-Baghdadi vol.1 pg.144 with a hasan isnaad.)

“Verily there is a consensus of all of the muslims from the salaf and those after them in the present times from the companions and other than them that in the affairs of the religion where there is a conflict between the sayings of the scholars then it is obligatory for the person to refer back to the Book of Allah and the sunnah of the Prophet Muhammad sallalahu alaihi wasallam and this has been mentioned in the Qur’an in Soorah Nisa ayah 59:

‘O you who believe! Obey Allah and obey the Messenger (Muhammad), and those of you (Muslims) who are in authority. (And) if you differ in anything amongst yourselves, refer it to Allah and His Messenger, if you believe in Allah and in the Last Day. That is better and more suitable for final determination.’

And this is to refer to Allah Subhanahu wata’ala meaning to refer to His Book and to refer to the Messenger of Allah sallalahu alaihi wasallam means to refer to the Sunnah after his death. There is no one that has differed concerning this, from amongst the muslims.” (Sharh as-Sudoor pg.1)