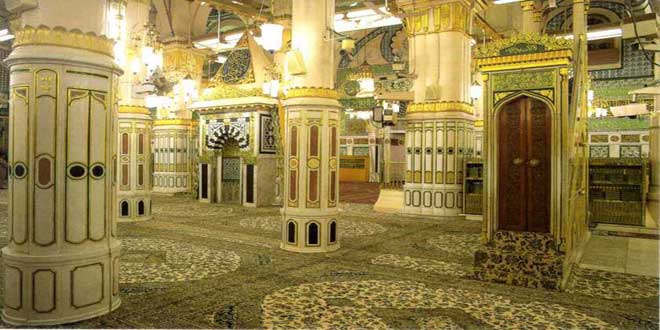 Whereas the hadeeth in Nasaa’ee and Abu Dawood (authenticated by Ibn Khuzaimah) states the Messenger of Allaah (Sallalahu Alayhee Wasallam) upon the questioning of Usaamah ibn Zaid (RadhiAllaahu Anhu) informed him that the affairs and deeds of mankind are presented to Allaah on Mondays and Thursdays and I like that my affairs are presented whilst I am in a state of fasting. (Riyaadh us-Saaliheen (pg.488-489), with the verification of al-Arnaa’oot and also in Saheeh Muslim with Nawawees explanation (4/8/51)

This hadeeth clearly show the real reason for fasting on Mondays and Thursdays was due to our actions and deeds being presented to Allaah on these days. The additional reason was also that the Messenger of Allaah (Sallalahu Alayhee Wasallam) was born on Monday. The question here is if the fasting on Monday was just really due to his birthday then he would have only fasted on Mondays and not fasted on Thursdays.

Furthermore if this fasting was due to his birthday then he would have just fasted on that one Monday and not every week as was his routine. Therefore someone who truly loves the Messenger of Allaah (Sallalahu Alayhee Wasallam) should also always fast every Monday and Thursday which is the Sunnah of the Messenger and not indulge in innovations. In the same manner one should not distort and manipulate the meanings of the ahadeeth in order to prove and establish his innovation and instead of fasting a person goes around inviting people to gatherings of food and drink in the name of celebrating the Mawlid.

Similarly it is not proven from the Prophet (Sallalahu Alayhee Wasallam) that he ever fasted on either the the 9th or the 12th of Rabee ul-Awwal which was his date of birth.

Therefore if a person fasts on this day every year with the intention of seeking reward this necessitates surpassing the Prophet (Sallalahu Alayhee Wasallam) in the Sharee’ah and we seek refuge in Allaah from such a thought that the Prophets Sharee’ah was incomplete and lacking something.

From his book ‘Celebrating Milaad On the Day Of Messenger of Allaah (Sallalahu Alayhee Wasallam) Died’ (pg.32-33)