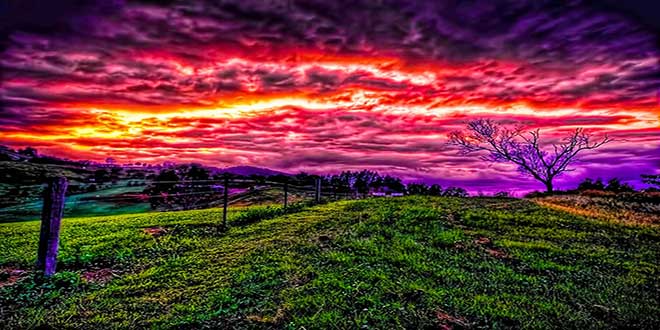 The Importance & Greatness Of Tawheed

Now that we know the Message of the Prophets was Tawheed it follows that it is such an important issue that all the Prophets and Messengers where sent to explain this message, Allah the most high said

Accordingly, we sent to every community a Messenger, saying,

“Worship Allah and keep away from the taghut.  After that Allah showed guidance to some of them, while deviation took hold of others.  So, roam about in the earth and behold what has been the end of the rejectors of the Messengers (Soorah an-Nahl 16:36)

To propagate this message, sacred Books and Scrolls were revealed and the final book, the Quraan was revealed to the final Messenger Muhammad (Sallalahu Alayhee Wasallam). Its purpose was to spread the message and call of Tawheed and to make it manifest.

“This [Quraan] is notification for the people that they may be warned thereby and that they may know that He is but one God and that those of understanding will be reminded.” (Soorah Ibraheem 14:52)

Rather every verse clearly or indirectly establishes and manifests Tawheed and this is what Shaikh-ul-Islaam Abul Wafaa Thanaullah Amristsari said in this treatise Kalimah Tayyibah.

“Alif, Lam, Ra. [This is] a Book whose verses are perfected and then presented in detail from [one who is] Wise and Acquainted. Through a messenger, saying, “Do not worship except Allah. Indeed, I am to you from Him a warner and a bringer of good tidings.” (Soorah Hud 11:1-2)

The prophets had to endure many trials and tribulations and this was due to the call to Tawheed.

“Similarly, there came not to those before them any messenger except that they said, “A magician or a madman.” (Soorah adh-Dhariyat 51:52)

“Indeed, We are sufficient for you against the  mockers. Who make [equal] with Allah another deity. But they are going to know.” (Soorah al-Hijr 15:95-96)

“And they resented them not except because they believed in Allah, the Exalted in Might, the Praiseworthy.” (Soorah Al-Buruj 85:8)

[They are] those who have been evicted from their homes without right – only because they say, “Our Lord is Allah.” And were it not that Allah checks the people, some by means of others, there would have been demolished monasteries, churches, synagogues, and mosques in which the name of Allah is much mentioned. And Allah will surely support those who support Him. Indeed, Allah is Powerful and Exalted in Might. (Soorah Al-Haj 22:40)

“It is He who sent His Messenger with guidance and the religion of truth to manifest it over all religion. And sufficient is Allah as Witness.” (Soorah Al-Fath 48:28)

The same happened with the Messenger of Allah (Sallalahu Alayhee Wasallam),

“And they wonder that there has come to them a warner from among themselves. And the disbelievers say, “This is a magician and a liar.” (Soorah Sad 38:4)

“We have not heard of this in the latest religion. This is not but a fabrication.” (Soorah Sad 38:7)

The Messenger of Allah (Sallalahu Alayhee Wasallam) had to face many troubles from those who opposed him as Allah informs us,

“You will surely be tested in your possessions and in yourselves. And you will surely hear from those who were given the Scripture before you and from those who associate others with Allah much abuse. But if you are patient and fear Allah – indeed, that is of the matters [worthy] of determination.” (Soorah Ale-Imraan 3:186)

There were many wars at different places and in approximately a period of nine years, the Messenger of Allah (Sallalahu Alayhee Wasallam) participated in 24 wars, examples are Uhud, Badr Hunain and Tabook. These where all for the sake of Tawheed of Allah (his oneness and to establish it)

“And fight them until there is no fitnah and [until] the religion, all of it, is for Allah. And if they cease – then indeed, Allah is Seeing of what they do.” (Soorah Al ‘Anfal 8:39)

During the Makkan period the Messenger of Allah (Sallalahu Alayhee Wasallam) had to face harm and problems. Examples included verbal abuse, insults, being hit and beaten, he was abandoned socially and all association with him was prohibited. He faced days of isolation in Shuab Abee Taallib and finally he had to migrate to Madeenah, and upon leaving he said

The whole reason for these troubles and problems was the call to Tawheed and whenever the Messenger of  Allah (Sallalahu Alayhee Wasallam) sent  any callers to Islam to any place he would tell them to call to Tawheed first. Hence when he sent Muadh Ibn Jabal to Yemen he said to him,

As this is the basis for all actions to be accepted Allaah the most high said,

“And it was already revealed to you and to those before you that if you should associate [anything] with Allah, your work would surely become worthless, and you would surely be among the losers.” (Soorah Az-Zumar 39:65)

It is in fact Tawheed which inclines you towards doing righteous actions as this leads to believing and having faith in Allah and this is what expels all fear of other things and those entities with whom hope is associated with. It is these two things i.e. hope and fear which incline the heart to do righteous deeds. The people who have difficulty understanding this as Allah himself and the Messenger of Allah (Sallalahu Alayhee Wasallam) have mentioned therefore have a problem in distinguishing between Allah and other than him who are falsely worshipped.

In the same manner the people who ask other than Allah for help and seek their assistance, do so because they seek salvation and redemption by asking them to intercede for them to solve their problems or illnesses and they hold this as their Aqeedah, they become totally lost and oblivious of the fear of Allah. They constantly think of their false deities and intermediateries and think of them when in need and hope for their intercession.

The doors of bad deeds and sins remain open for them and they distance themselves from the truth. It is the greatness of Tawheed by which a believer can remain firm and steadfast on good and righteous deeds, good manners and Eeman.

“There shall be no compulsion in [acceptance of] the religion. The right course has become clear from the wrong. So whoever disbelieves in Taghut and believes in Allah has grasped the most trustworthy handhold with no break in it. And Allah is Hearing and Knowing.” (Soorah Baqarah 2:256)

“And whoever submits his face to Allah while he is a doer of good – then he has grasped the most trustworthy handhold. And to Allah will be the outcome of [all] matters.” (Soorah Luqman 31:22)

“You worship not besides Him except [mere] names you have named them, you and your fathers, for which Allah has sent down no authority. Legislation is not but for Allah. He has commanded that you worship not except Him. That is the correct religion, but most of the people do not know.” (Soorah Yusuf 12:40)

And with this the Muslim Ummah (nation) can remain unified and firm upon. Allah says,

“He has ordained for you of religion what He enjoined upon Noah and that which We have revealed to you, [O Muhammad], and what We enjoined upon Abraham and Moses and Jesus – to establish the religion and not be divided therein. Difficult for those who associate others with Allah is that to which you invite them. Allah chooses for Himself whom He wills and guides to Himself whoever turns back [to Him].” (42:13)

With the greatness of Tawheed the disheartened heart will unite and will be purified of jealously and hatred. Allah says,

“Never will your relatives or your children benefit you; the Day of Resurrection He will judge between you. And Allah, of what you do, is Seeing.” (Soorah Al-Mumtahanah 60:3)

Calling to Tawheed and spreading its message is the norm and is a sign of the followers of the Messenger of Allah (Sallalahu Alayhee Wasallam) and they are the true inheritors in spreading and propagating this message, Allah says, Say,

“This is my way; I invite to Allah with insight, I and those who follow me. And exalted is Allah; and I am not of those who associate others with Him. (Soorah Yusuf 12:108)

When Tawheed sits firmly in the hearts of the people every tribulation to befall them will become easy. For example the proclaiming of Allah is One. An example of this is when Bilaal al-Habshee(RadhiAllaah Anhu) was made to lie in the blazing heat on top of burning coals and rocks, Khabeeb Jua’nee (RadhiAllaah Anhu) requesting to read two rakah (units) of prayer before being martyred, the crying of Khalid bin Waleed (RadhiAllaah Anhu) at the time of his death for the longing of martyrdom when his body was riddled with pain, similarly having patience when food and sustenance was scarce  at the battle of Tabook, the patience of the female companions upon the slaying of their children and we find many examples like this in the history of Islaam.

All of this shows and indicates these people understood Tawheed from the depths of their hearts and believed in it firmly and this is that sweetness of Eeman (faith) which is mentioned in authentic ahadeeth, that the one who will taste the sweetness of Eemaan is he who possesses three attributes, It is reported on the authority of Anas (RadhiAllaah Anhu) that the Prophet of Allaah said:

“There are three qualities for which anyone who is characterised by them will relish the sweetness of faith: he to whom Allaah and His Messenger are dearer than all else; he who loves a man for Allaah’s sake alone; and he who has as great an abhorrence of returning to unbelief after Allaah has rescued him from it as he has of being cast into Hell.” (Saheeh Muslim no.67)